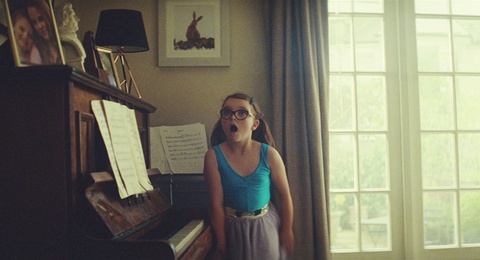 The John Lewis spot features an adorable bespectacled girl wearing a lavender tutu dancing. She dances like there is no tomorrow to Elton John’s original “Tiny Dancer” narrowly missing several potential mishaps, as every twirl knocks items around the kitchen, lounge, dining room and hallway of her home. Her brother just looks on in bemusement.

The work from adam&eveDDB is advertising the British retailer’s home insurance, so you can forgive her for almost wrecking the whole house. The agency and director Dougal Wilson shared information on how they came up with the spot, which was filmed over five days. 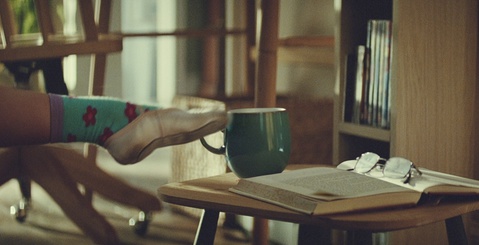 “It’s easy to fall into sentimental, doom-and-gloom territory with insurance but we wanted to do something more human and fun. John Lewis Insurance celebrates when life is going right, letting life happen to its fullest.

“We thought about what we were like when we were kids – my Dad was constantly telling me and my brother to ‘mind the tele!’ when we were messing around in the house. It was all those near misses we had that led us to the Tiny Dancer who doesn’t necessarily think about her surroundings when performing her dance routines.”

The star of the ad is eight-year-old Bunny May. She was narrowed down from 200 girls who auditioned for the part over four weeks. 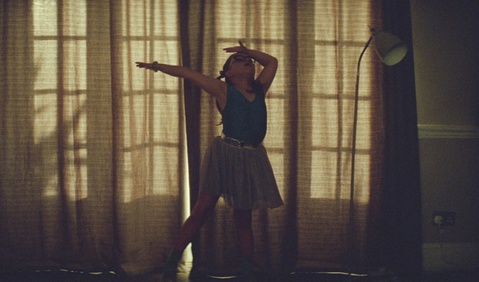 “Bunny had the perfect mix of being able to dance and perform but wasn’t too polished like a lot of the girls we saw,” explains the agency. “We wanted some wobbles in there! Basically, Bunny is the girl we wrote, if you took away the cameras she’d be doing this at home anyway!”

Once the creatives had come up with the idea, the choice of soundtrack was a no-brainer, according to the agency. In fact, they say they listened to it whilst writing the script to help imagine the scenario play out. According to the agency, Elton John himself liked the idea of the spot. 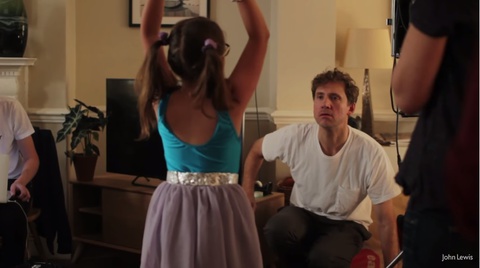 Dougal Wilson included a balletic element to the ad and Kristen McNally, a choreographer from the Royal Ballet, was on set to help the tiny dancer get from one mishap to another.

Dougal has directed a number of films that have previously appeared in Lürzer’s Archive, including several John Lewis ads (“Monty the Penguin”, “150th Anniversaray” “Snowman’s Journey”) Arla Foods’ “The Messenger” and Ikea’s “The Joy of Storage”.

Other notable works include a 2008 short film, which was a silent comedy homage for Sky Arts and the English National Opera, based on The Barber of Seville aria "Largo al factotum".