D&AD President and Mr President Creative Partner, Laura Jordan Bambach, takes on this week’s Q&A. She shares her favourite pieces of advertising and why she rates Belgian agency Boondoggle. 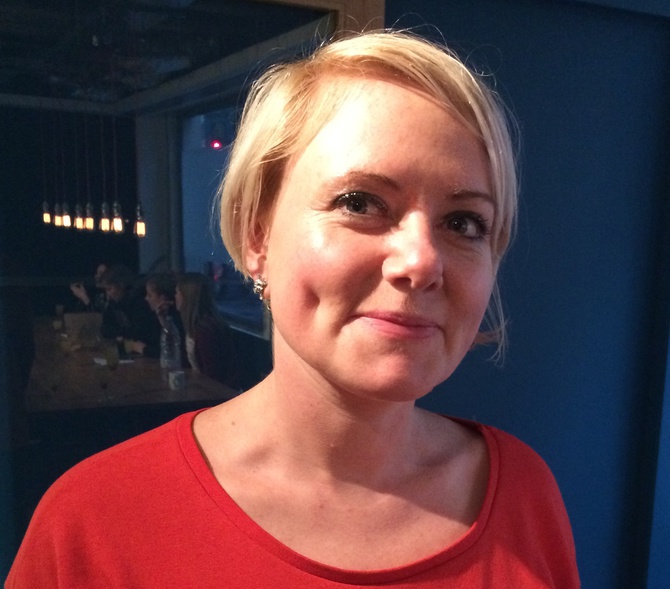 How you got into advertising...

I fell into commercial design through digital art in the mid-90s, and then have slowly seeped into advertising ever since. Though I prefer to say I work with brands to leave legacies, as Mr President’s output is often very different to traditional ad campaigns.

The most recent campaign I’ve worked on...

We’ve been working on a series of ‘small fires’ for Bacardi over the last four months or so: Little activations that focus on the brand taking more of a significant behavioural role around their key values of ‘untameability’ and pursuing one’s passions (which are deeply rooted in the story of the Bacardi family themselves).

My favourite of these is the “Bat Beats” project we did at SXSW this year.  We created music from the live movements of one of the biggest bat colonies on earth.

Using the Bacardi’s bat symbol as inspiration, we collaborated with Immersive to create software to track the nightly flight of bats from under the Congregation Bridge in Austin, Texas. This created both a live music event along the side of the bridge, and a downloadable track. We then remixed this through Fabric, and cut 500 12-inch singles.

Working with a brand that want’s to act untameably, to act like an explorer and really try something with a real risk of failure is massively challenging but also massively powerful.

The best piece of creative work around at the moment is...

The most current piece of work is the Brothers in Arms “Bank Job” by DraftFCB, New Zealand. Its genius for me is how far away it is from a traditional creative response to a brief. I wonder what the creative process was to get to such an incredible concept.

On the more conventional side: the bumpers from UK company 118 118 on late-night TV still manage to make me laugh every time I see them. They’re a little touch of everyday magic amongst the usual dross. They’ll never win awards as they rely so much on understanding the long history of advertising around the brand, but they’re still genius.

The next big thing in advertising is going to be...

I feel like as an industry we’ve reached the end of the line with volumes of meaningless marketing. I don’t want to play the law of diminishing returns. Brands are waking up to the fact that real engagement can’t be bought, and through measuring the wrong things in the digital landscape we’ve ended up with “success stories” bought through meaningless clicks. There have even been a few recent scandals where impressions have been delivered through bots – so no real person has actually seen the work and yet it still measures well.

Measurement is important of course, but brands simply must be more purposeful about their communication. At D&AD we see awards such as the White Pencil growing rapidly because of the creativity in this area, whilst average click-through rates for banners are down at about 0.02%.

There are no shortcuts. To inspire people’s imagination we need to REALLY inspire their imagination; and for brands to do good their corporate social responsibility, initiatives must be at the centre of the brand’s DNA rather than an add-on.

The piece of advertising work I wish I had thought of is...

I am going to step over the obvious Gatorade “Replays”, Chalkbots, Fuel Bands and Epic Splits and go for something a little left-of-centre.

I’ve loved a lot of the incredible work that Boondoggle, a little agency in Belgium, has produced over the years.

They’ve made two of my all time favourite campaigns, the Axion Banner Concerts and the KMDA Baby Elephant Campaign. Both completely blew me away with the way they connected the real and digital worlds in a powerfully emotional way.

The Axion “Banner Concerts” were so technically advanced at the time (2009) and so on-the-money for such a youthful bank. But the real beauty was in the detail – having bands play in those tiny boxes that mirrored real online advertising spaces such as banners and skyscrapers (known for being difficult to work with) was genius. In my opinion the best piece of online advertising work ever made.

The Antwerp Zoo “Baby Elephant” campaign was one of the first really big success stories of social media. More people watched the birth than the total population of Belgium! And again the beauty was in the detail: the way you could follow the development of the baby elephant and the story as if you were the expectant mother really swept you up in the story. It was also incredibly brave, if anything had happened before or during the birth it would have been seen around the world.

Boondoggle has done some really groundbreaking things over the years.

The digital tool I couldn’t live without is...

My most favourite tool at the moment is a wonderful alarm app for the iPhone called Capsule.fm. They’re a great little start-up and their app is like waking up on the set of Her every morning. From personal greetings and music suggestions based on what you like, to the best news snippets and even tech jokes. All introduced by two very believable “robotic” hosts. It’s a wonderful way to start the day.

Wow, I’m more of an experiential person so maybe it could be shot in first person with the voice of Rose Byrne or a similar Aussie. Or for a bit of fun, maybe Russell Crow.

A word or phrase I overuse ...

It was a song by Crosses called Bitches Brew, dedicated to my good friend @hannah_drury through This is My Jam.

Matthew Barney. Hands down. It would be an art project obviously - I don’t think he’s a brands kind of guy. Kate Moross is wicked. And I’d love to put Jeff Goldblum in something, just because he’s so goofy.

A piece of criticism I’ve received was...

I’m very good at focussing on individual things, particularly projects at work, but have been known to be pretty disorganised with everything else around it. And messy. When I get swept away with ideas I can find myself forgetting everything else I’ve planned to do and am always realising I have something else on at the last minute. Luckily I’ve got plenty of energy to bounce around and am good at multitasking, but it can be very annoying for other people, especially my family. And I have a lot of clutter, which I feel helps with inspiration but can also drive other people a little crazy.

The last piece of music I listened to was...

Friends of mine in Istanbul, Groupie & Star, have just released their first single, Boyfriend.  So I’ve been listening to that a lot. And Nick Cave. Always Nick Cave.

Laura also featured in our Vol. 5/2013 interview. Read what she had to say here.