Paper: Oscar-nominated director PES – also known as Adam Pesapane - works his magic for Honda to tell an evolution story about the brand. 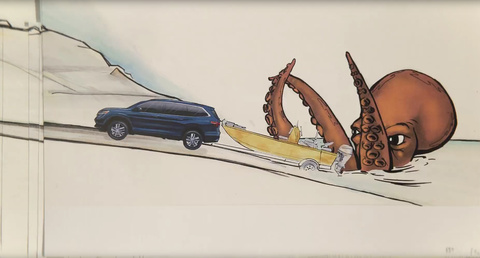 A new spot from Honda, directed by Academy Award-nominated director and animator PES, is a great example of the fruits of collaboration.

“Paper” from agency RPA took four months to create and was crafted entirely in-camera, using thousands of handmade illustrations and only a smidgen of CGI to stitch a few scenes together.

It opens with founder Soichiro Honda using a radio generator to power his wife’s bicycle, and continues with the brand's development of motorcycles, a nod to winning Isle of Man TT races, moving to outboard motors and then to the first CVCC vehicle.

It also moves through multiple generations of the Civic and Accord, to F1 and Indy racing to a lawn mower, then on to the development of robotics and jets.

The hands you see in the ad are real people who were placing roughly 3,000 unique illustrations in front of the camera, allowing the animation to be created one frame at a time. Check out the making of film here. 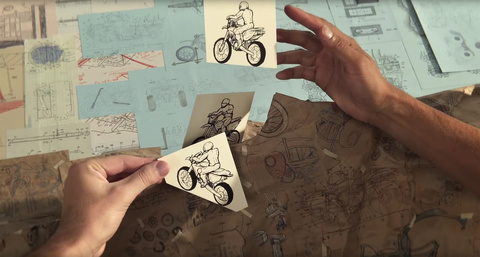 The films are painstakingly crafted with still photographs from DSLRs. In 2013, his short film “Fresh Guacamole” was nominated for the Academy Award for Best Animated Short Film.

Lürzer's Archive has been featuring spots directed by PES in the magazine since 2005. The first one we featured was “Shoe” for Coinstar change machines (Vol. 2/2005), produced by Czar Amsterdam for Seattle agency Publicis in the West.

Another ad for mobile phone network Orange by Wieden + Kennedy London featured in 2007’s Volume 1. The protagonists in Pesapane’s spot are not children playing “Hide and Seek” but single socks that have come up with some very clever hiding places.

Volume 3 from the same year saw Sneaux Shoes’ “Human Skateboard” for Margeotes Fertitta + Partners, New York. In the original approach taken by a skateboarder’s brand, a skater is seen carving the street on the human skateboard – which is his buddy lying on the ground.(Watch here). 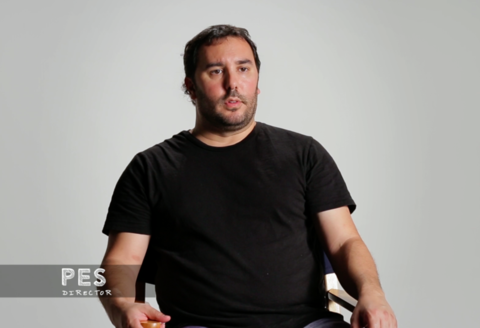 The videographer also worked with JWT in 2013 to create a stop-motion spot for stock cube brand OXO. In the same vain as his previous offerings, we see household items turn into delicious food with the help of OXO’s pizazz – from a ballet shoe chicken to button Mini Cheddar biscuits, coming together to form a delicious meal. A 2014 ad for CitizenM, “Swan Song”, celebrated the opening of the hotel’s Times Square offering.