Pol Hoenderboom and Bart Mol are Creative Directors at DDB & Tribal Worldwide, Amsterdam. Pol’s father owned a silkscreen company and inspired him to become a creative, while Bart had problems with authority “so I signed up for the army - they told me my eyes weren’t good enough, so here I am.” 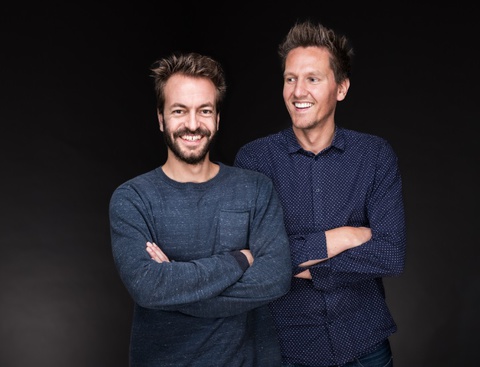 The most recent campaign we’ve worked on…

The best piece of creative work around at the moment is…

B: The Lego Movie.

The next big thing in advertising is going to be…

P: Next to all the virtual reality potential, I think this will also be the year where we start using ‘wearables’ in our campaigns.

B: The big thing has always been a great idea, and that has never changed. But what I’m excited about is connected devices like Nest. We’re collecting incredible new data through tech like this and we’re going to see that data used in great ideas in the future.

P: Although the campaign is already a few years old: ‘The Climate Name Change’ is still one of my favourites. It’s such a simple powerful idea.

B: Pay per laugh

The digital tool I couldn’t live without is…

In a film about my life, I’d like to be played by…

P: Any character created by Pixar.

A word or phrase I overuse …

P: “Check out the latest #Luerzersarchive ‘Who’s Who”

B: I posted the incredible Mad Max: Fury Road trailer.

My dream collaboration is…

B: An actual recurring dream I have is that I travel back in time and sing all the Beatles songs to the Beatles so that they can actually make them happen. It’s a collaboration as well as a dream, I guess.

A piece of criticism I’ve received was…

P: “His girlfriend works in fashion.”

B: Someone told me I’m too stubborn. I disagreed.

The last piece of music I listened to was…