The curator of this issue’s “Digital“ section, Edu Pou, is Executive Creative Director at We Are Social Australia, Sydney.

Nothing beats the voice of a living brand.

Michael Weinzettl queries Edu Pou. Born in Spain, he began his career at the other end of the world as a copywriter in Barcelona. Since then, he has criss-crossed the planet working for top agencies such as Crispin Porter + Bogusky in Boulder, Colorado, Wieden+Kennedy Amsterdam and The Barbarian Group in NYC, amassing tons of creative awards along the way.

Hello Edu, first of all, many thanks for this beautiful selection of recent digital works for this issue of Archive. How did you go about it?

Being a creative and being curious are one and the same. Scouring the web looking for inspiration comes naturally, and sharing and debating is just part of the process. Gone are the days of keeping your cards close to your chest. There are too many interesting sources providing too much goodness on a daily basis to keep your favourites to yourself. My problem has been the opposite, since making a selection felt like a betrayal to all the amazing work that didn’t make the cut.

Was it a challenge for you in these times of COVID-19?
I can imagine that there is less work produced at the moment or am I completely wrong about this and campaigns even flourish in times like these?

The current situation has affected everyone on a deep level. We had to rethink the way we did the most basic things, so it has definitely posed many challenges at work as well. The most obvious ones have to do with the way we produce our projects. The test for us starts long before production though, as we’re facing a new way in which individuals connect with one another and with brands. Even then, creativity finds a way. One of our most recent projects for Audi, for instance, emerged as a direct consequence of this redefined relationship: The Drive is a 4-hour long Slow TV project that follows the journey of an Audi A6 through the Australian countryside. It’s a quasi-meditative film that gave viewers the pleasure of the open road, during a moment when it was impossible for them to experience it in real life.

How did you experience the past months? Did you work from home, and did that prove to be more or rather less stimulating for your work? Did your work day differ drastically from what it was before the pandemic struck?

I live in Tasmania and I used to commute to Sydney on a weekly basis. Since late March, the borders of my state have been shut, so I’ve had to continue to engage with my team by video conference, even after the lockdown was lifted in New South Wales. Most of what we do revolves around human connection, and for the last few months I’ve had to experience it through a screen. I’m missing the serendipity and happy accidents of impromptu meetings. Hangouts are fine, but there’s something magic that only happens when you’re in the same space with other people.

Judging from your bio, you have done so much and worked for so many top agencies around the world. Can you give us a brief overview of the stages of your career? How did you get from the vicinity of Barcelona to Sydney where you are ECD for We Are Social?

You’re right. My journey has indeed been a journey. I started it as a copywriter back home in Barcelona. I quickly became a Creative Director at DoubleYou, leading projects for clients like Audi and Nike, including the 2004 Cannes Grand Prix winner. After 6 years, I joined Crispin Porter + Bogusky, where our team was named best of digital, also in Cannes. Two years later, I moved to Amsterdam to work at Wieden+Kennedy, first as a CD, for global clients such as Coca-Cola and Electronic Arts, and later as Head of Creative Innovation, across all accounts. At W+K I also met my Tasmanian wife. Seven years later, I returned to the US to be the CCO of The Barbarian Group in NYC. Working on a project for Etihad, featuring Nicole Kidman, I fell in love with VR and I decided to team up with Patrick Milling-Smith and Chris Milk, as the ECD of Here Be Dragons. Very quickly, Dragons became one of the most prestigious and awarded VR-centric studios in the world. Two kids later, my wife and I decided to move back home. Being from opposite sides of the world, we had to pick which “home” and she won. I was already in Tasmania when Suzie Shaw, MD at We Are Social, contacted me to join her team. If you knew Suzie you would know that she doesn’t take no for an answer and also that, when she asks, you don’t even think of saying no.

Please tell our readers a bit about We Are Social, how would you describe the agency?

We are a socially-led creative agency, with over 850 social experts in 15 offices around the world, devoted to prove the power of social thinking to drive business value. Our work isn’t defined by formats or platforms but by real people and their real interests. We love fast and popular culture as much as we love helping smart brands immerse their stories into the conversations their audiences are having. Make ideas worth talking about is our mantra, which takes us to very interesting and diverse places: from setting up an AR installation for Samsung in the heart of Bangkok to organising a Global Pride virtual parade in Nintendo’s ‘Animal Crossing: New Horizons’.

I read that at the start of your career in Spain turned out to be a rather bumpy ride...

The beginning of every career should always be somehow difficult. It tests how much you’re willing to endure for what you love doing and gives you the ability to course correct and learn to fail better. For instance, thanks to my baffling experience at a local TV station whose electricity got cut off because they didn’t pay the bills, I decided to quit and immediately take a one-week job at a digital agency that ended up becoming a 3-year long gig and the beginning of my journey into advertising.

When did you first get interested in the digital side of advertising?

I was in my last year at university. Joakim Borgström was in my class and he was the first one to introduce me to the possibilities the Internet offered. Thanks to him I discovered a new set of rules of engagement between brands and audiences that I still find fascinating. Jab has been an inspiration, a colleague, and a friend for over 25 years.

What has happened to print and film? Do you agree that they play a much lesser role now and that digital has become, for better or worse, the lead medium when new promotional campaigns are to be created?

I’m of the opinion that creativity wins, irrespective of the medium. There’s wonderful work being produced everywhere. The landscape and the way we all consume content has changed, that’s all. Having so many friends in so-called full-service agencies this opinion may be a bit biased, but I’m entitled to my own fake news.

When did you realise you had made it big-time in advertising?

I don’t think I have. At all. It’s not false modesty, it’s simply experience. I’ve worked with so many creatives that have shaped the history of advertising, one way or another, that I’m very aware that I’m not there yet. Don’t get me wrong, I’m proud of my career, but I think that my peak is ahead of me. I’m still so young...

Did recognition from the awards shows play an important part in this?

Awards, especially the 2004 Cannes Grand Prix, gave international exposure to my work very early in my career, which ultimately translated into having such a very rich and nomadic life in advertising. Not directly, though. Without my former boss and mentor at DoubleYou, Daniel Solana, the journey would have never started. When I got a job offer from CP+B, I left the decision in his hands, and he encouraged me to take it. I would have never taken that job had he told me to stay.

What are some of the campaigns you created that you look back on with the fondest memories?

I’ll have to mention some of the first ones like San Miguel City for San Miguel and Bear in My Mind for Nike, because I was defining the projects as I was defining myself as a creative. And I’ll also have to refer to the most recent ones, because I still get excited as a newbie, whether we work with big names like Millie Bobby Brown on Team Galaxy for Samsung and Mick Fanning for Red Bull, or with healthcare workers as they take a DiDi in the way to work during lockdown. My propensity for excitement is severe and I keep creating lasting memories with every project.

What can clients who come to you with their communication challenges expect from We Are Social?

A true partnership. We’ll care about their business because we’ll care about their audience first. Our ambition won’t simply be for the brand message to stand out. We will help them find their own voice, and use it to spark a response, to activate instead of preach. Overly crafted ad manifestos are often beautiful but nothing beats the voice of a living brand. Just like a stuffed bear, always ferocious and majestic but dead and hollow inside, will never be more beautiful than a living bear, no matter how imperfect it may be. Weird analogy, but I think you’ll get the point.

Can you tell us a bit about heroes, mentors you’ve had or people you’ve admired from inside the industry? 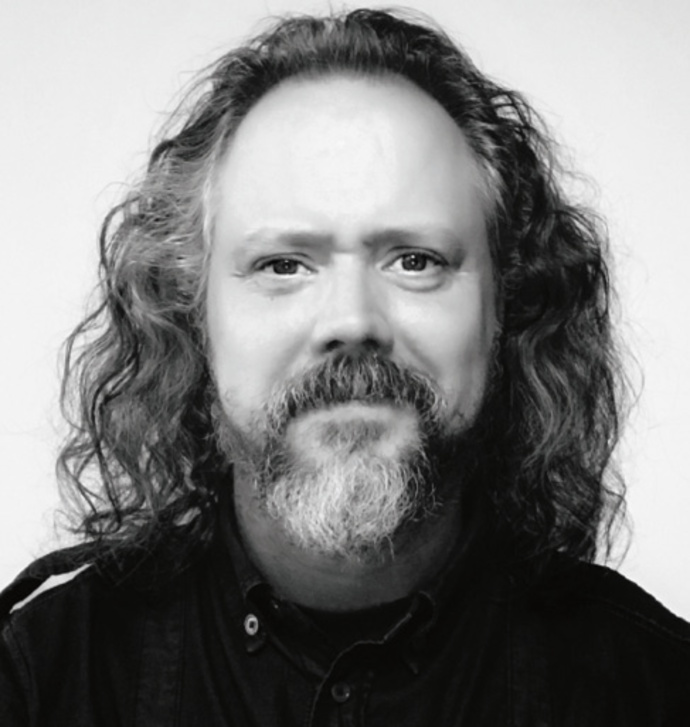 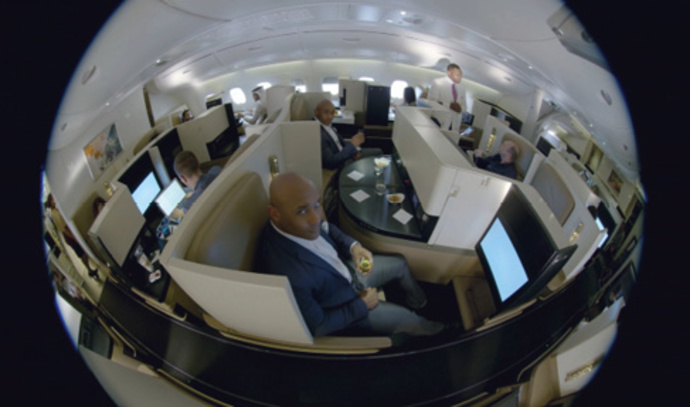 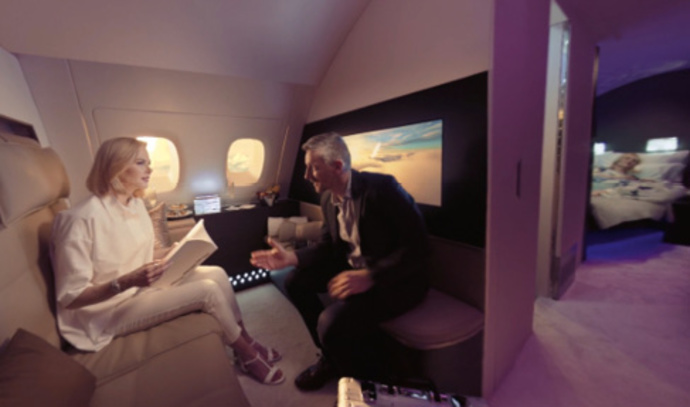 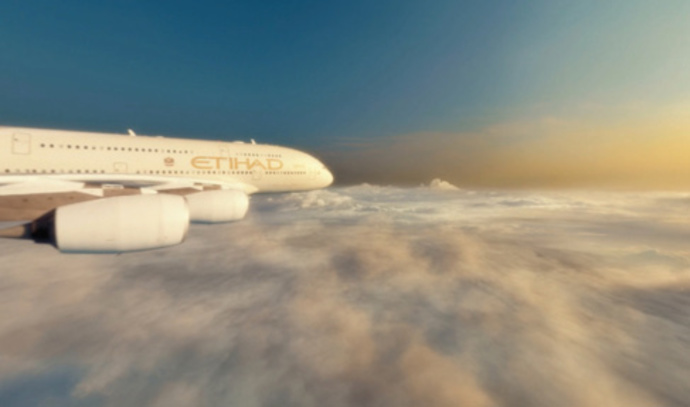 In this true, 360° stereoscopic virtual reality experience, the viewer can explore every cabin of the airplane.

“The Drive” is a 4-hour long film which allows anyone to experience the soothing nature of a long road journey from their home. 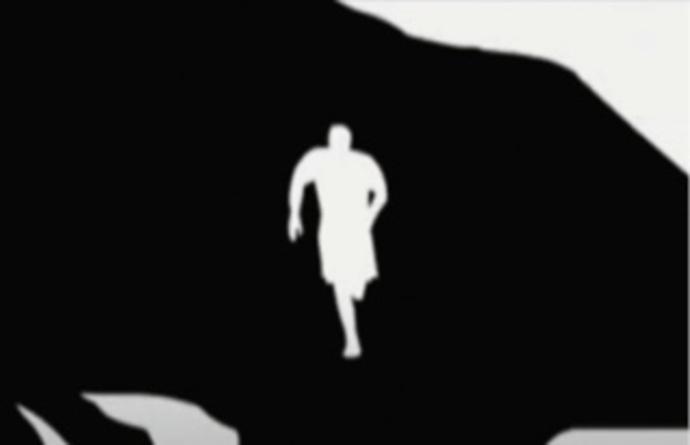 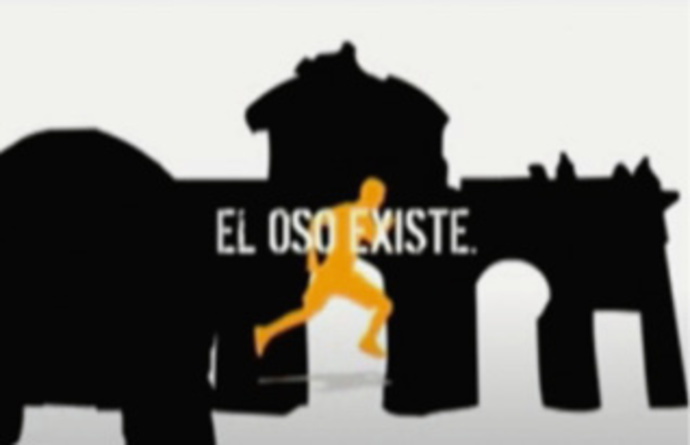 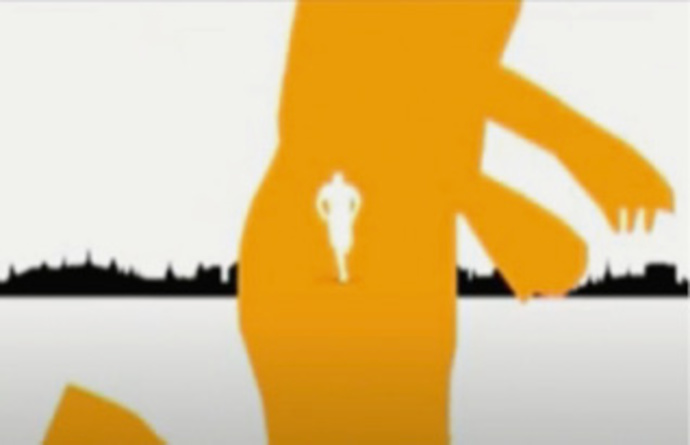 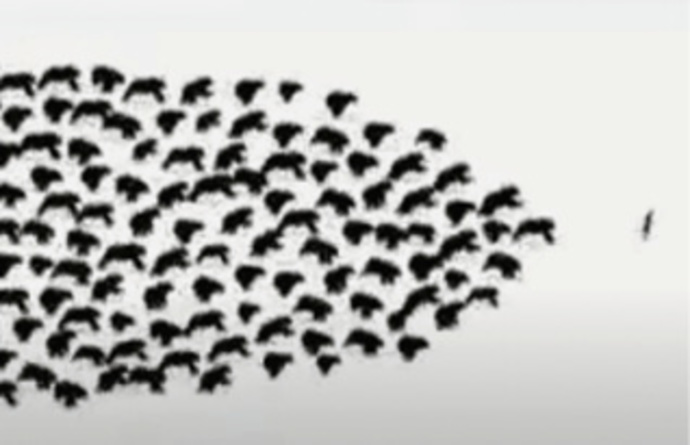 Online, the inner monologue of a runner facing the unlikely threat of the loose bear was the leitmotif that brings the site together: a very innovative experience for 2003. 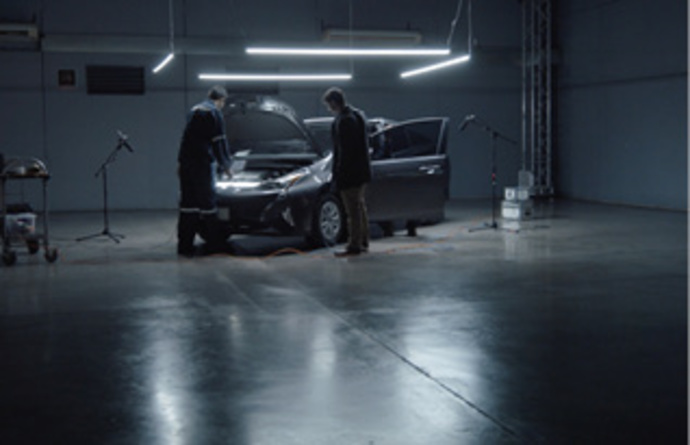 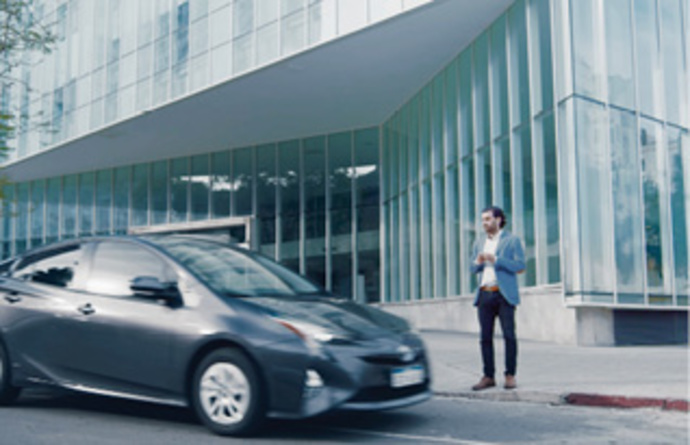 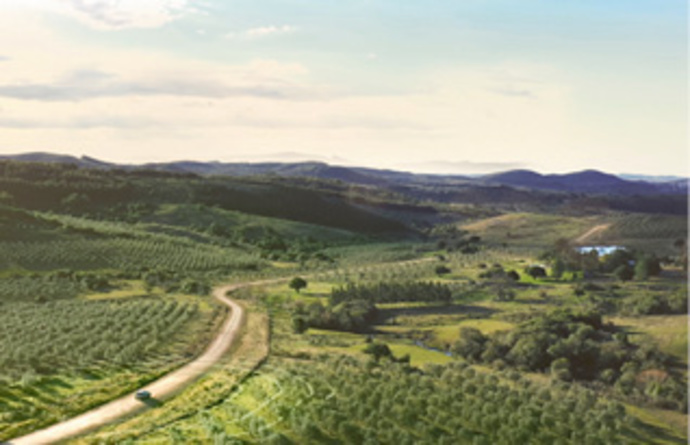 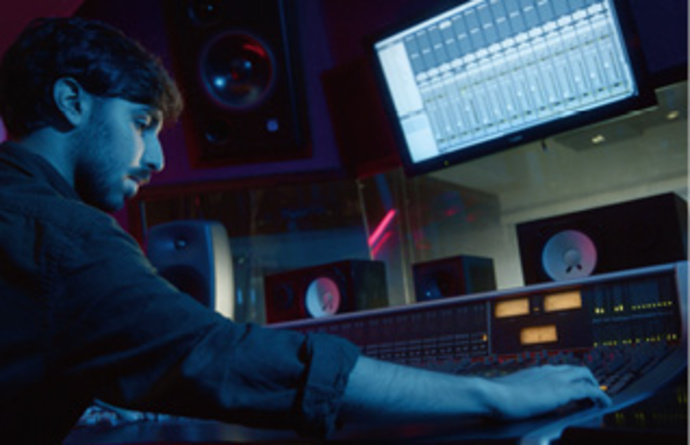 The Hy Project is a revolutionary project for Toyota’s hybrid electric cars that emits a sound which encourages plants to absorb nutrients and grow. (Lürzer’s Archive 1-2020) 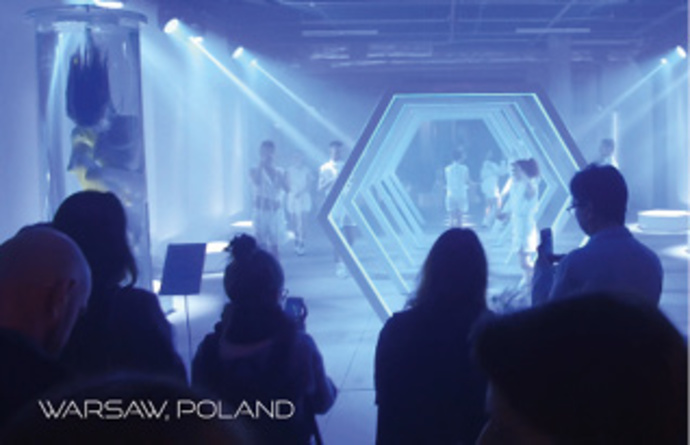 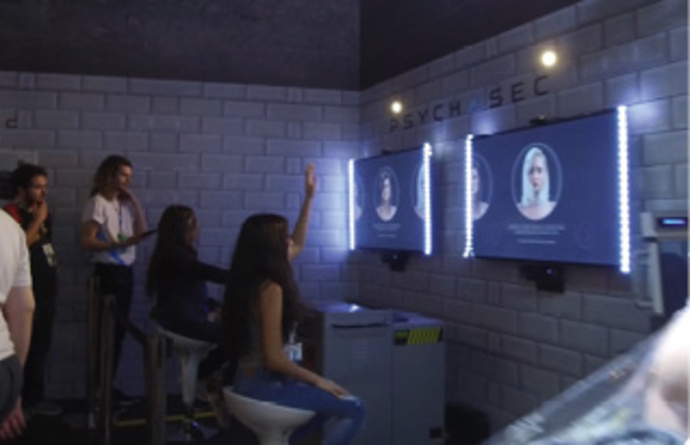 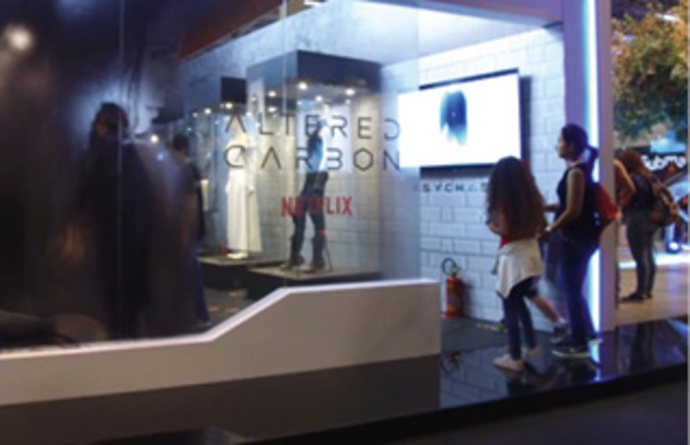 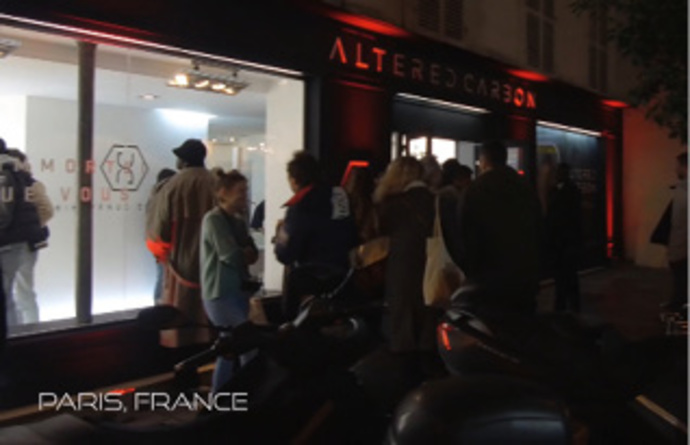 No body lives forever – an augmented reality installation that transported people from all over the world to the year 2384. Kick-off at São Paolo’s ComiCon in December 2017.