The curator of this issue’s Digital section is Ignacio Zuccarino.

It is a fact that the world changed forever.

It was an honor for us to have Ignacio Zuccarino, Head of Creative at Google LATAM to select his favorite new digital work. Michael Weinzettl queried the brilliant Argentinian about this and that.

Hello Ignacio, can please you tell our readers about yourself?
My job title is Head of Creative at Google LATAM. I was Global Creative Director at Google Cloud on a 2 year gig in San Francisco from 2017 to 2019. I wanted to become one of the first creatives to truly understand what we, as an industry, can do by combining storytelling with AI. Brainstorming with AI developers, engineers, and actual code (because yes, you brainstorm with lines of code and datasets) was fascinating and changed the way I see our future. I was then offered the opportunity to focus on a different challenge and I saw it as a big opportunity. Every two or three years, I need to feel “Impostor Syndrome” and become the dumbest person in the meeting room.
What my job entails: the team I work for is changing paradigms and evolving from co-creating world class campaigns on Google media in partnership with the most important customers and agencies, to also focusing on optimizing and automating digital creative content. IMHO, a good part of the future of the creative industry will have to do with learning to work in pairs with algorithms – to scale and streamline the impact of our work. I believe advertising will need to embrace “Centaur Duos’’ (a concept invented by Kasparov who, when defeated by Deep Blue, created a new type of chess in which champions rely on algorithmic suggestions and predictions to decide their next moves). Bernbach invented the creative duo. I think about the future of creative teams as more like a trio: Art Director + Copywriter + Algorithm.
The main challenge I face in my role is quickly understanding and embracing all the new normalities that crystallize every six months. For example, today it’s actually hard to become a relevant consultant for your clients if you don’t understand what’s happening with blockchain, decentralization, metaverses, NFTs, the creator economy, the disaggregation of work, creative effectiveness, virtual currencies and microtransactions – just to name a few.

Can you tell us about your background? How did your career evolve? It says on Linkedin that for a while you were a student of philosophy – from 1999 to 2003 and have got a B.A. Had you at that time already worked in advertising?I spent most of my teens drawing and playing rugby. When it was time to go to college, my father told me “There’s something that may connect with your passion for scribbling: the ad world”. I started my Bachelor in Comms and in my last year I was fascinated by a philosophy professor who gave us a Semiology master class. I then decided to drop advertising and become a sophist. Spent almost five years studying ethics and metaphysics to discover the only way to get a scholarship was to play politics (something I’d never do since I believe in hard work). The other option was to become a high school teacher, so I decided to go back to advertising that seemed a lot more fun and definitely cooler. Both passions (advertising and philosophy) never mixed until I joined Google and the dots began to connect naturally. I am very grateful for what I grasped studying Philosophy. I basically learnt to think – and understood that nothing that exists, exists outside of a concept created by someone at some point in history. Everything is an interpretation. Everything is an idea.

How did all of these things – studying philosophy, continuing in the ad business – come about? What motivated you to go into the digital arena? How far back goes your interest in the digital side of advertising?Around 2010 I started feeling FOMO about what was happening in tech. I saw companies solving real problems whose products or services didn’t need advertising at all to become mainstream, going from nothing to IPO in a matter of a very few years. I felt that technology could “uberize” our industry and that sparked my interest. I started taking courses, learned the basics of coding, and started reading about artificial intelligence and the algorithmization of everything – from the DNA strand to music creation.
It was a fascinating journey that continues to this day (I “read” two or three books a month while doing the dishes thanks to audiobooks).
I finally understood that technology and advertising is a perfect and complementary marriage and I set out to become an ambassador in our industry with the aim of helping rebuild our métier, from creative companies’ business model to the services we offer and how we measure the results of the content we create.

Can you tell us a bit about the time with the various agencies you worked for? It all started with J. Walter Thompson, right?
Sure thing, it all started back in 1999 in Argentina. Back then J. Walter Thompson was an ad transatlantic. The sexiest agency in my home country around the 2000s was Agulla & Baccetti (I would even go as far to say it was LATAM’s most radical agency, and one of the most out of the ordinary places on earth to work in advertising). Luckily for me, four of A&B’s creative leaders joined J. Walter Thompson.
That literally changed my career. From Leandro Raposo, Pablo Colonnese, Pablo Stricker and especially Santiago Lucero, I’ve learned every, single, thing.
They were my mom and dad in advertising. 5 years after that I was invited to join Del Campo Nazca Saatchi & Saatchi and I was lucky enough to understand how you take an independent agency from a challenging economy like Argentina’s, to the top of the world. I understood how Cannes Lions and big ad festivals work, and how you build a top 5 or top 10 Gunn Report agency from scratch. Pablo del Campo is a magician.

Were any of these agencies, Grey, Saatchis – doing any traditional type of advertising (print, film) or were you involved from the start with digital projects?No, I was 100% focused on traditional advertising. Purely film, outdoor, print and radio ads. Until around 2010 no one in Latin America had managed to crack the internet and understand what to do with it.

What is your impression of what the pandemic has done to the industry?
Do you think Digital has fared better than other media? It is very difficult not to sound redundant answering this question. I think it will take years to fully understand the consequences of the pandemic. It is a fact that the world changed forever. It is a fact that we went through the most accelerated period of consumer education on digital services ever. In fact, it was the fastest and boldest education period in the history of the world.
In the digital arena, the changes we expected to see over the next 10 years all happened all at once in a 12-month period. There’s this quote I love: “There are still people who ride horses.”
That means nothing disappears forever. Traditional media will continue to exist and, I humbly believe as a creative, will always have their own power and grace. But the digital environment is finally taking the place it was meant to be.

Who are some to the people you’ve met over the course of your career that have impressed you most, and why?
I was influenced and inspired by a lot of people. Some of them are: Santiago Lucero, Leandro Raposo, Pablo del Campo, Daniel Fierro, Mariana Hernández, Sebastián Valverde, Johanna Calic, Edwin Rager, Gastón Bigio, Jonathan Gurvit, Guillermo Tragant, Mike Yapp, Vinícius Malinoski, Rudi Anggono, Luis Gaitán, Paola Escalante, Jaime Mendoza, Ben Jones, Philip McDougall and Robert Wong. Some of them inspired me with their alien creativity.
Others with their courage. Others with their intelligence to ask the right questions. Or their ability to reduce very complex problems to three words. Or their extreme humanity. Or their people skills. And their goodness.
What they all have in common with each other is that they don’t look like anyone else. That no two people were alike ever. That they broke once and for all the mold with which they were created.
And although they have never worked in our industry, the biggest influence in my life, even as a creative, have been my children: Silver and Ama.

What projects of yours are you proudest of?
The past does not exist. Or at least I tend to ignore it. I always look ahead.
If I succeed, if I can add my two cents to the construction of a new paradigm in our industry, one that will emulate what Garry Kasparov achieved in chess, that the best in the world manage to work in duos or trios with algorithms, that will be the project of my life. The one I will be most proud of until the very end.

What does Ignacio Zuccarino do for fun?
Right now I’m fascinated by sports that connect with nature.
I’m especially thrilled by mountain biking and kite surfing. 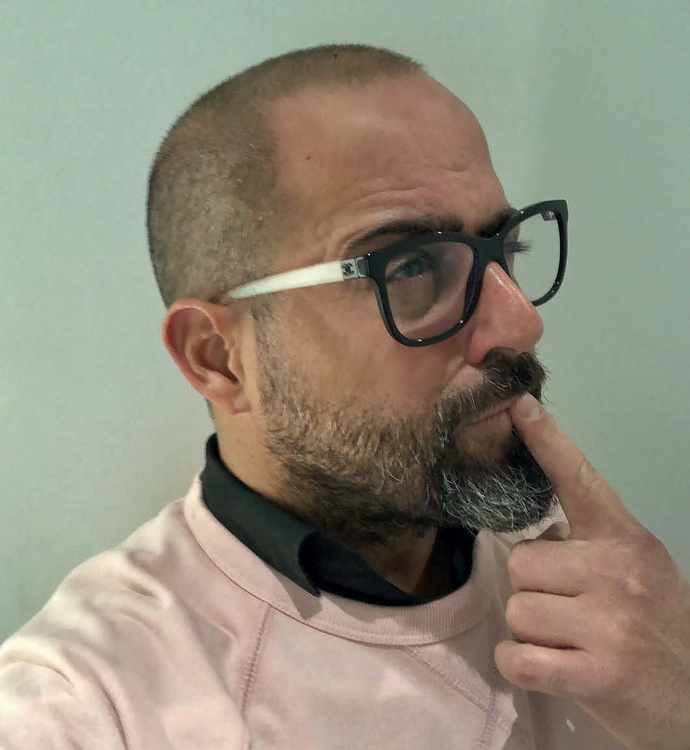 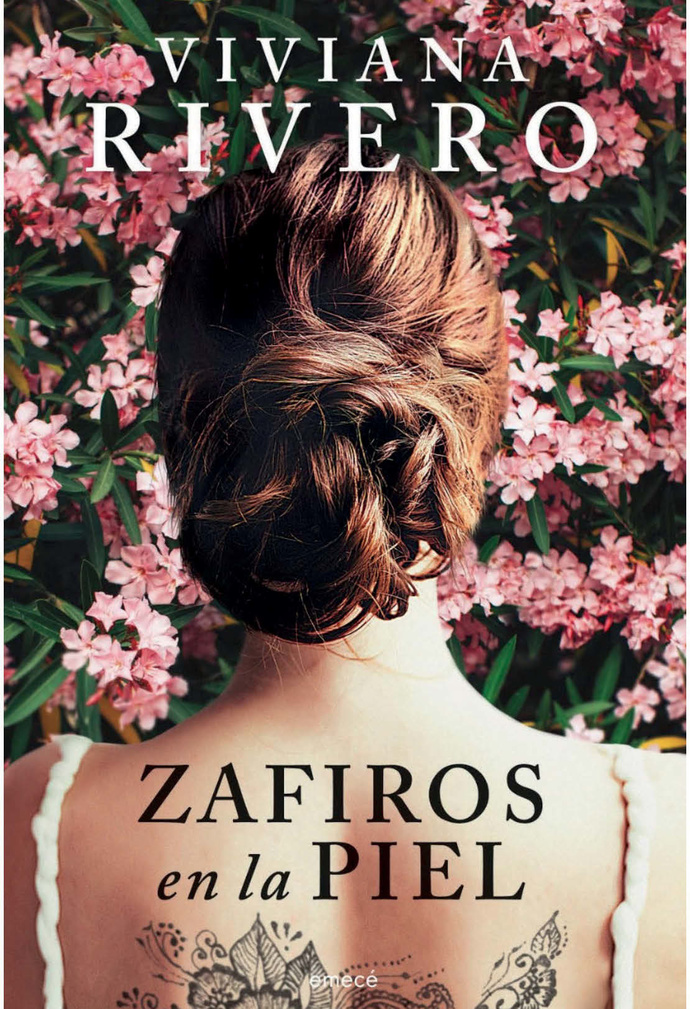 “#LibroVivo” (Live Book) was an experiment that allowed thousands of fans to watch best-selling Argentine author Viviana Rivero write a spin-off to her new novel live via Google Docs.

“ColorMaps” was a project to showcase the 2000+ color palette of Mexico’s leading paint company Comex in a new way, one could also say, by a Google Street View hack.