The trick now is to figure out what the world wants next.

Jeff Benjamin, the man who rose to ad world prominence as the leader of the team that came up with “Subservient Chicken” for Burger King back in 2004, is the name behind the selection of digital work in this issue of Archive. Jeff has just left Crispin Porter + Bogusky to be-come chief creative officer for JWT North America. Since February 27, 2012, he has been responsible for creative efforts both online and offline at JWT, an advertising agency whose pedigree dates back to 1864. Michael Weinzettl chatted to Jeff about his move, his glorious digital past, his plans for the future, and his hobbies, which include Bigfoot Sightings.

L.A.: Hi Jeff, you started your new job as CCO at JWT North America on February 27 of this year. What’s it like to go from Crispin Porter + Bogusky, an agency known for its forward-thinking and groundbreaking creativity (in digital as well as the traditional media), to become CCO of a network that, for decades now, has been called one of the dinosaurs of traditional (unjustly, perhaps, since it is still around after all)? It must be a huge challenge.

Jeff Benjamin: JWT is one of the oldest ad agencies but that also means it was one of the first agencies. It has been first in so many ways and it has reinvented itself over time. It invented the grilled cheese sandwich; it hired the first female creative director. The soul of this place has always been about invention. It’s in the DNA. And in that respect, the DNA of CP+B and JWT is exactly the same. And that’s what made this opportunity so exciting.

L.A.: How did you get into the digital world? Via traditional advertising?

Jeff Benjamin: I was a political science and econ major in college. I was on the debate team and was going to go to law school – but I realized that what I liked about debate and law actually had more to do with advertising. It’s about persuasion, being witty, making people laugh. So I guess I was close to being a really bad lawyer, but instead I’m a good advertising creative.

LA.: Who are some of the people who inspired you most when you were growing up or have done so in the course of your career to date?

Jeff Benjamin: Lino Ribolla was a great mentor from my time at Modem Media. He made me better. I had been there a while, and everyone around me was being promoted, but Lino held me back. The truth was, I wasn’t ready. Ultimately, it made me a much better creative. I didn’t understand that at the time, but he did, and I don’t think I would have had the success that I’ve had without that. Alex Bogusky, Rich Silverstein, Jeff Goodby, Steve Simpson, Keith Anderson – shoot, I started making a list and now I’m going to forget someone and make them upset. But I have had so many amazing mentors that have helped me grow in different ways. Maybe the most inspiring people have been friends. The crazy conversations you have just hanging out with someone, or something amazing a buddy makes – my friends have been that inspiring element in my life that keeps me growing and excited for what’s next.

L.A.: You joined CP+B at the end of 2003 as Interactive Executive Creative Director. That’s almost a decade ago. How has the digital world changed since then? And what was it like before, during the time you were with Goodby, Silverstein &
Partners?

Jeff Benjamin: When I started at CP+B, digital was in a tough place. I often thought about maybe focusing less on digital and doing more traditional advertising because I wanted to make people laugh. I wanted to make people do things and participate with brands, and that just wasn’t happening in digital. It had become a lot of fancy animation and design. Which is fine, but it isn’t what I wanted to do or what I thought was the promise of a digital world. Since then, this has totally changed. The things we make now matter. And brands want to invent more than ever, whether it be a useful tool, or just something funny and random.

L.A.: A year after you joined CP+B, the now classic “Subservient Chicken” took America by storm. Can you tell us a bit about how this interactive web campaign – arguably still the most famous – was born? And how would it be different if it came out this year?

Jeff Benjamin: Subservient Chicken actually evolved from a television idea into an interactive idea. What worked so well at the time was that it required that people participate with the brand to get something out of it. Subservient Chicken was the first time somebody did something like that with audio or video clips. The clients loved it because they got so much exposure. There was a two- to three-month period where Burger King was mentioned more times in the press than in its history. That’s something you can’t buy. I don’t think it would have been as successful if it were launched today. That work came out at a moment when the world wanted something like it the most. That’s why it was a phenomenon. The trick now is to figure out what the world wants next.

L.A.: What are the digital campaigns from the past two years that you admire most?

Jeff Benjamin: A few years ago, an agency called Boondoggle did a campaign for Axion, a Belgian bank. It was an amazing banner campaign designed to attract younger clients. They basically streamed concerts in banner spaces but they filmed the concerts in tiny boxes that were the dimensions of the banners. So when you saw it being streamed you had musicians crammed in these little spaces. That must have been so much fun to work on. And it proves something important: that any project is an opportunity to do something great. So many times, you see creative teams psych themselves out when they get a banner project. “Oh, more banners.” Banners can be great. Banners can be inspiring. All it takes is a great idea.

L.A.: Can you tell us about the work that won you the Cannes Grand Prix (in three categories).

Jeff Benjamin: There have been a few different things. Method’s ComeClean.com was a website. The Burger King Xbox Games were real video games. The Volkswagen GTI integrated campaign was a story told through video and a site that brought your car to life in a magical way. Best Buy’s TwelpForce was a service and tool we created for a brand. All of these things are so vastly different – but there is something that they all have in common, though. They all happened because of an amazing amount of teamwork. With all of these, there was no one person you could say who did it. A lot of great people came together to make an idea happen – and involved having amazing clients as partners working as part of the teams. It’s also what made these projects so much fun to work on.

L.A.: What is your personal favorite among the work created by you?

Jeff Benjamin: There was a piece we did for Volkswagen for the GTI launch called VW Features. You configured a car on a website and then it was brought to life in a fun video test drive. It was magical. You made the car, and then there it was, racing around. It will always have a special place in my heart because it proves something especially important to me: if you believe in an idea and believe it is right for a brand, and if it is great, eventually it will get made. We presented this idea for maybe three years. It was never the right time, but eventually we had a meeting where it was, and it was finally made. I think if we had done it sooner it probably wouldn’t have been right for whatever we were presenting it for. So be smart, patient, and believe. Don’t be pushy. And eventually, if you have something great, it will happen.

L.A.: What were your criteria for putting together the selection of digital work for this issue of Archive?

Jeff Benjamin: I tried to find work that I use, and work that inspires me today. There are a lot of tools here, and I think that reflects where the industry is going. If I was asked this a year ago, I would have shared work that was completely different. We work in a space that is always evolving and redefining itself. That is what makes it so exciting.

L.A.: What do you think about the way traditional advertising agencies today are approaching digital media? Have they learned from past mistakes?

Jeff Benjamin: Agencies for sure get it more. For me, it’s more fun to come up with work at an agency that does everything because I think there’s an appreciation for a great simple idea. And you get to bring that idea to life in a lot of different media. These days, everyone is working on digital. I don’t think you can call yourself a creative if all you do is television spots. You have to be curious about the digital world around you and how you can invent in these spaces.

L.A.: You’ve judged at many ad festivals around the world. You were president of the Cyber Lions in Cannes in 2010 and at Spikes Asia 2011, to name just two. Do you think the way digital work is presented at these jury sessions does justice to it?

Jeff Benjamin: Digital work is difficult to present to judges. As a judge, you only have so much time to look at each entry. Many times, the entries are complicated. They may take forever to load. And you have no idea where the cool part is located. In an effort to ease that problem, the industry invented the award show video – basically a video explaining the idea and the work set to inspiring music. But juries need to be careful to not replace looking at the work with looking at the video. These aren’t music video competitions, and many times the videos do too good a job of selling a piece. So, as a jury, we need to make sure we’re only using these videos as a guide for when we really experience the work.

L.A.: Where do you get the inspiration for your work from?

Jeff Benjamin: I think to come up with any great idea – especially digital – you have to participate. You have to be curious and use these technologies that are out there. I tweet. I’m on Facebook. I’m buying things online. I’m watching TV through Hulu. I’m finding a sweetie on match.com. I’m constantly just using stuff. And at some point you realize what’s great about something – or what you wish was better about it. Or maybe if a brand did X with this it would be hilarious. I’m always surprised by the number of people trying to come up with an idea for some new technology and they’ve never even bothered to use it.

L.A.: Any findings regarding your Bigfoot investigation you want to share with our readers?

Jeff Benjamin: No signs of Bigfoot in Boulder. I thought I was close but it turned out to be a creative director who hadn’t shaved in a while. I’ll let you know if I see anything in NYC. 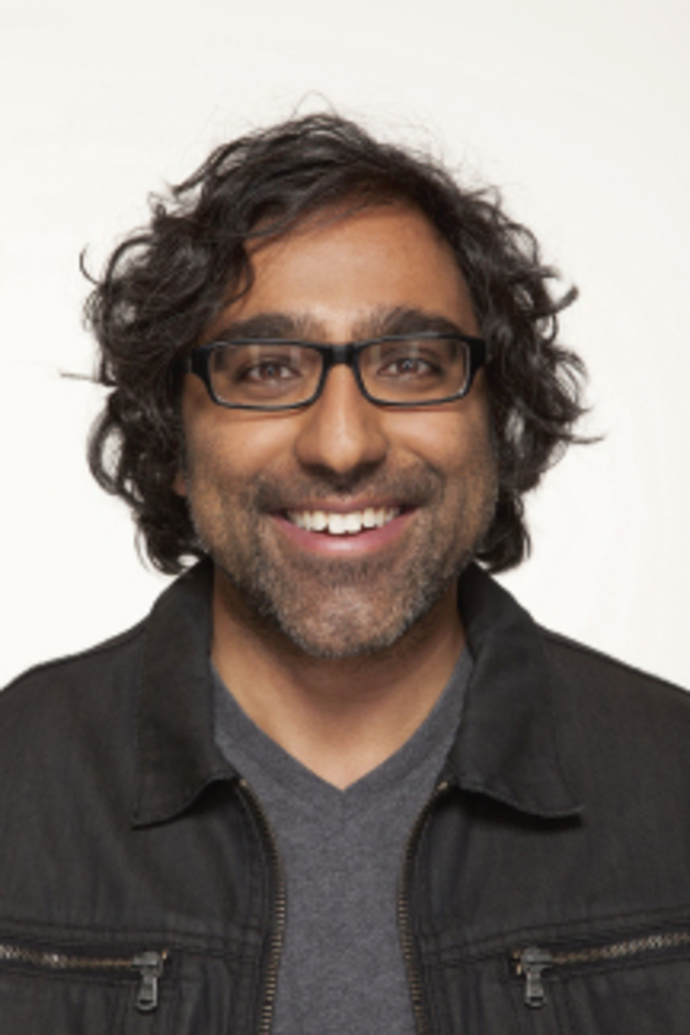 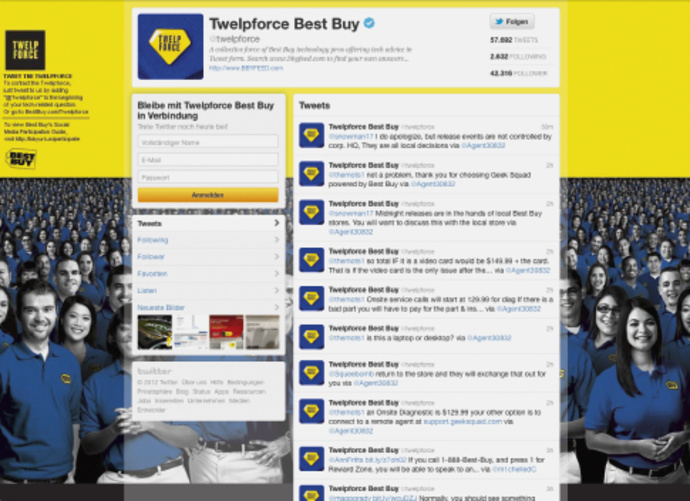 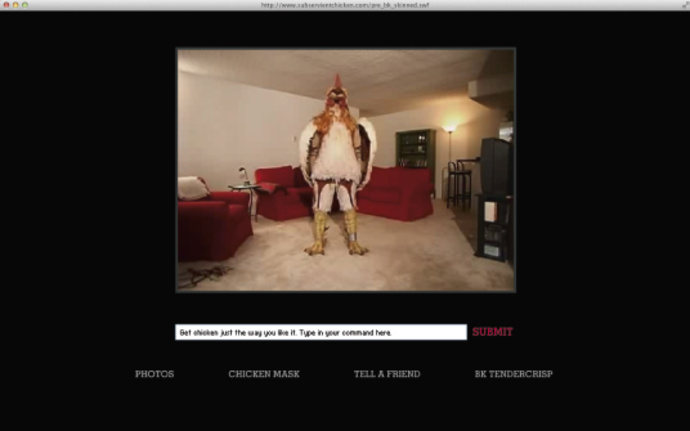