The Digital section of this issue was curated by Joakim Borgström, BBH Worldwide Chief Creative Officer.

I have hundreds of gigabytes of inspiration.

Michael Weinzettl queried the top-creative about his picks and his illustrious career.

Any advertising trends you could spot while curating the work?
For me, there is no such thing as “digital” anymore. Everything we do is digital … it lives digitally and is consumed digitally … even so called “traditional” advertising. Everything is digital. Digital is everything.

You joined BBH London in 2014. Did you join them from your native Sweden or what were you doing before that?
I started my advertising career with DoubleYou Barcelona, which I joined after finishing my degree in Advertising & PR. I moved from Stockholm to Barcelona for my course, and I stayed there for ten years. My next role was at Wieden + Kennedy Amsterdam. After four years there, I had the opportunity to move to San Francisco with Goodby Silverstein & Partners. My daughter was born in San Francisco and shortly afterwards I started talking to BBH London. I moved there in 2014 and worked on lots of interesting accounts like Barclays, Samsung, The Guardian and Absolut. At the end of 2016, I was invited to take up the creative reins at BBH Singapore.

Did you start out in “classic“, non-digital advertising at the beginning of your career? Or have new ways of advertising played an important part of your creative career from the very beginning at DoubleYou in Barcelona?
I started making website experiences, conceptual campaign sites that were more than just a product page. We were creating stories that you could experience and be part of using just your computer. We were the underdogs of the industry, constantly pushing, inventing and reinventing all sorts of intrusive advertising formats. It was the World Wild West. There were no rules. Everything was possible. It was a very exciting time to be a part of. Ten years of awesomeness.

Where did you grow up? I read you’re half-Swedish, half-Argentinian. What has had the stronger influence on your life, your Latin or your Scandinavian roots?
I was born in Stockholm, so I guess technically I’m Swedish. But my mother is Argentinian, and that also had a very big influence. As a family, we lived a Latin way of life. I spoke Spanish at home, and Swedish with my friends. My friends often jokingly tell me that I am the worst combination of north and south. Apparently I’ve inherited the worst traits of South America and the worst of Europe. I can be cold (Swedish) on the outside but I’m warm (Argentinian) on the inside. I use both sides accordingly.

How did you get into creative advertising in the first place? Did you have any role models in this field? What did you know about it? What got you interested in the ad world in the first place?
There was no advertising on TV when I grew up in Sweden. The state channels didn’t have ads, so the only time I could watch them was in the cinema. I used to arrive 30 minutes before the films started to watch all the ads ... for me, it was part of going to the movies. When the first commercial channels launched, I started to record the ads on VHS, and I also started to cut and collect all the print ads from the magazines I read. I guess that is the time when my obsession with ideas and advertising started. I have to confess; I’m a hoarder. I’ve been collecting my computer cache since 1996. I save everything I like … from entire websites, banners and gifs, to downloading every YouTube film or ad that I consider good. I save the best advertising ideas from all the best shows. I have hundreds of gigabytes of inspiration.

You have been Worldwide CCO of BBH for a few months now. How did your position as BBH Singapore’s CCO which you held for three years prepare you for this? Was it daunting to be in charge of the worldwide creative output of such a legendary agency as BBH at first?
Singapore was the perfect training ground. I plan to take everything that I learned there, and apply it on a bigger scale. In Singapore we were incredibly flexible – in our resourcing, our ways of working, our thinking. We didn’t work in traditional creative teams – we would assemble the best group of people to solve the brief. We created an amazing energy and culture. Is it daunting to be at the global helm of an agency like BBH? Of course. I have the whole world on my shoulders now – I’m going to the gym every day! But I believe that good work thrives when you have a “yes, we can” mentality. I believe in our people, and I believe that we can make the best work in the world.

Where are you hoping to steer BBH in the next year or so?
It’s not just about the next year, or even the next decade. What I want to do is create an era in advertising that people will look back on, and ask how we managed to achieve so much? How did we manage to create so much magic ... to be so innovative ... to see things differently and zag so much?
The answer should be quite simple – it’s all about the people. I hope to look back and say that I managed to convince the right people to be in the right place at the right time, and to believe they could do amazing things.

What is some of the work you’ve done/overseen in London and Singapore that you’re most proud of?
I’m most proud of the work that embraces new thinking, formats and platforms. Work like “Human Catalogue” for IKEA and “Go BKK”, “Hypercourt” and “Battle Force Live” for Nike. Also Samsung Bedtime VR Stories, that we made whilst I was in London.
Last year, we launched an innovative new storytelling format in the form of the Nike Women Instazine – a sports magazine built for the social media generation. That was a real highlight for me.

What was some of the creative work in 2019 that impressed you most?
Whopper Detour – Burger King,
Thisables – IKEA,
Changing the Game – Microsoft,
Insta Novels – The New York Public Library.

And in terms of the culture in general what were some of the landmarks for you of the past year?
The gaming industry really blew up in 2019.
It’s where we should all be looking for creative inspiration. When you transport yourself into the world of gaming, you enter a world of limitless possibilities. That’s what creativity is all about – doing things you never thought possible.

Is it a good time now to be a creative in advertising? Can adland still attract the best talent?
Of course.
It’s getting harder, because so there are many more places and platforms. But I think that’s super exciting. We get to play with technology and entertainment, and there all these new touchpoints in which to apply our creativity. The opportunities we have right now are amazing. We have a chance to reinvent storytelling.

Any piece of advice you can give young people, students starting out in the field of advertising?
ZAG.

Your new position makes a lot of travel necessary I guess. Where is home for you? Where and how do you recharge your batteries?
Home is wherever I live at the moment …

Why are you creative?
I’m not sure I understand the question. It’s like asking: Why do you breathe? Why can you walk? Why are you hungry? 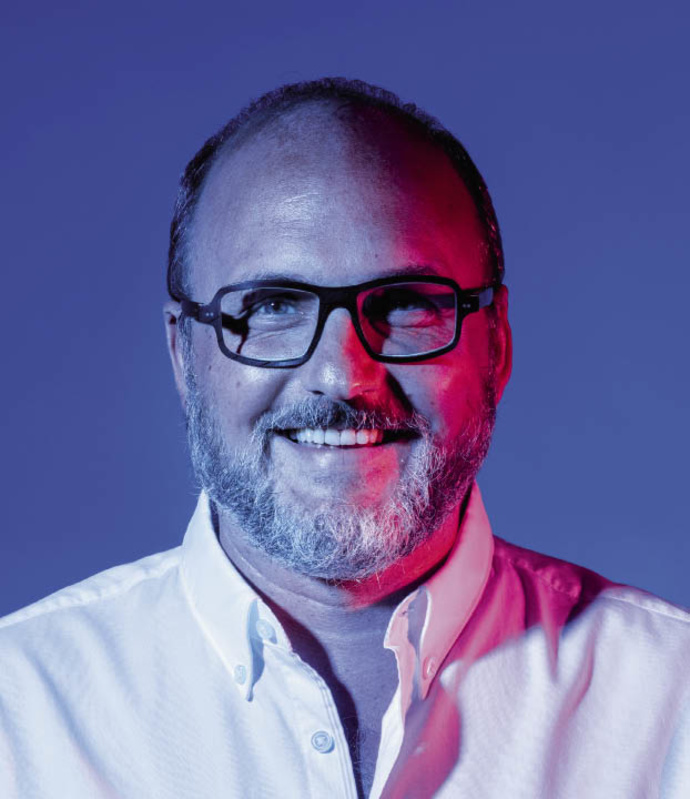 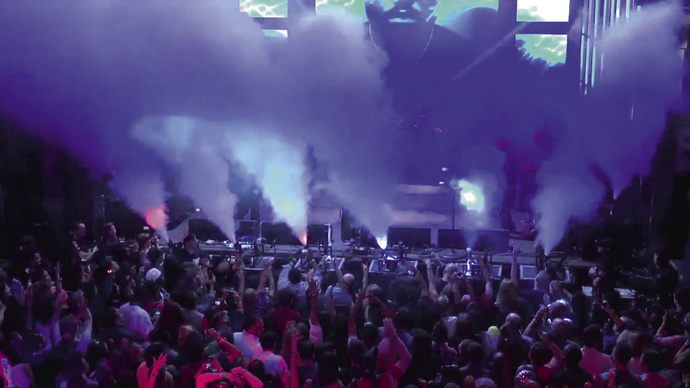 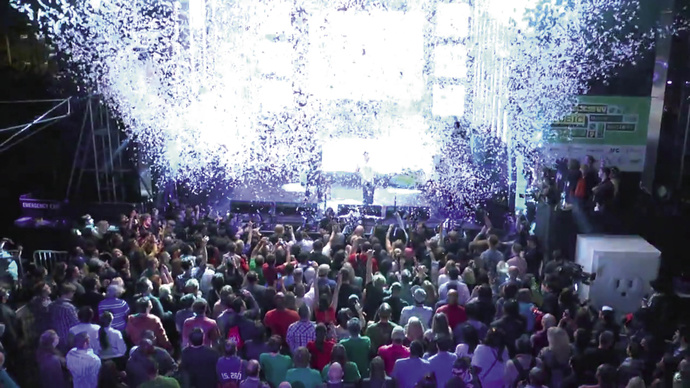 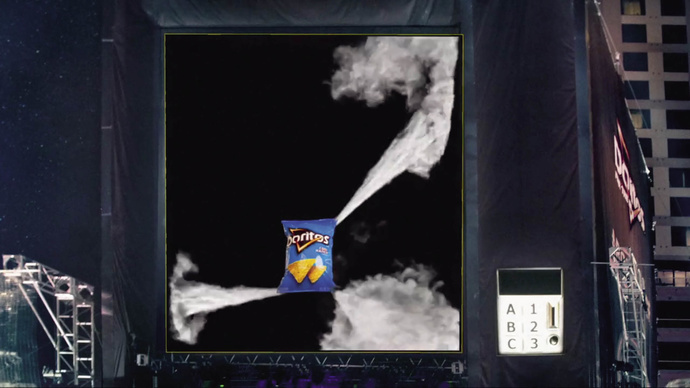 In 2013, Doritos built a stage that was designed like a huge vending machine. Fans controlled how bold the concert got, by turning the hashtag #BoldStage into a concert-control mechanism. 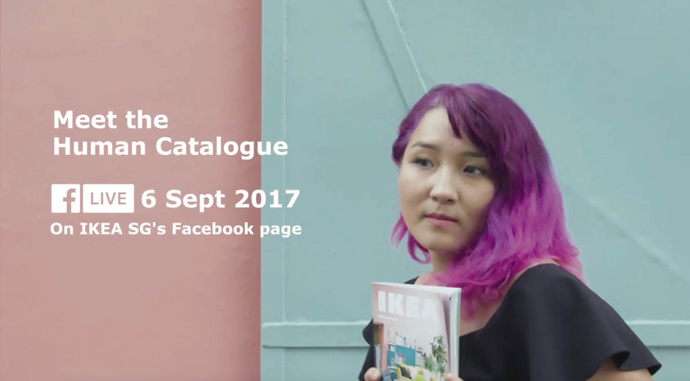 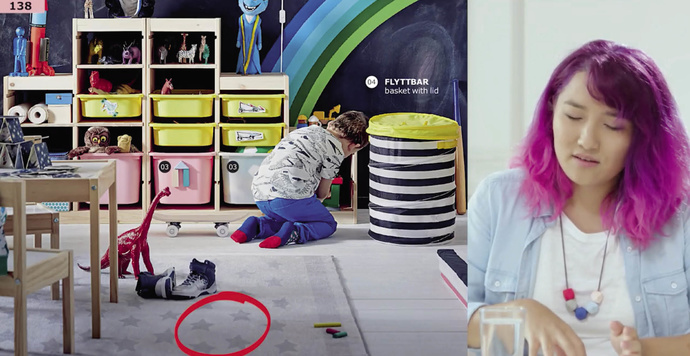 Phenomenal talent Yanjaa Wintersoul memorized the contents of the entire2018 Ikea catalogue, right down to the minutiae of people and objects in the photos. Name her a page – or an item – and she will reel off the results from memory. Even the people who work at Ikea are amazed! (Lürzer’s Archive 6-2017) 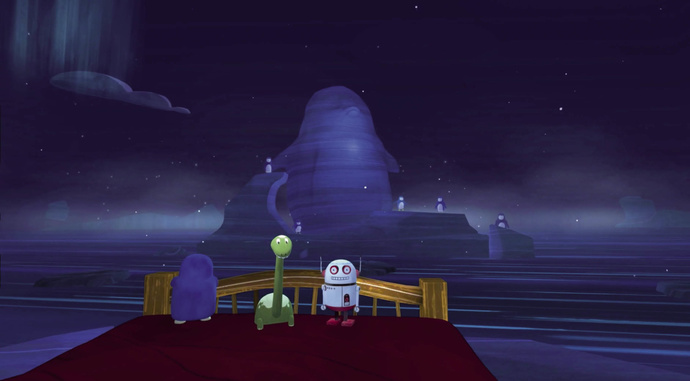 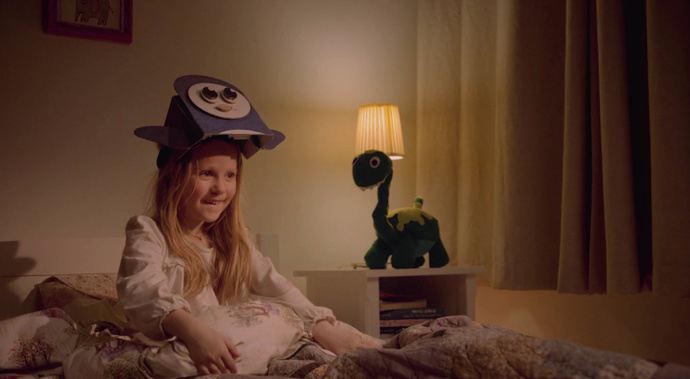 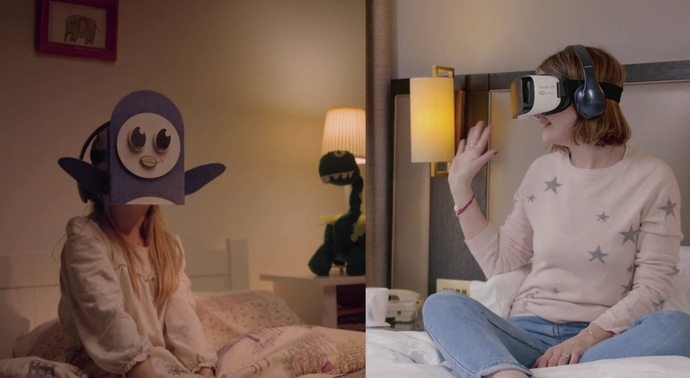 For Samsung by BBH London, VR Bedtime Stories were made to enable parents, who can’t be personally with their kids, to still enjoy bedtime stories together. 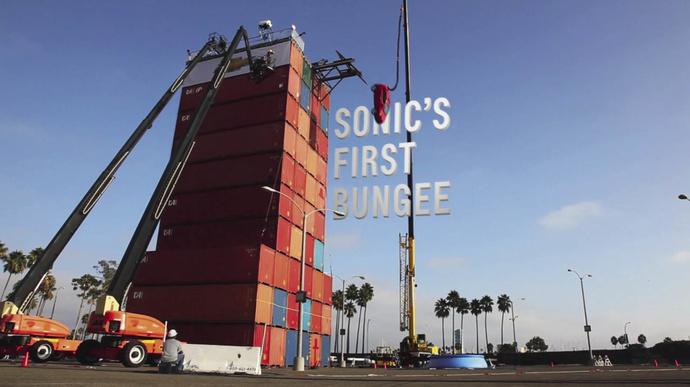 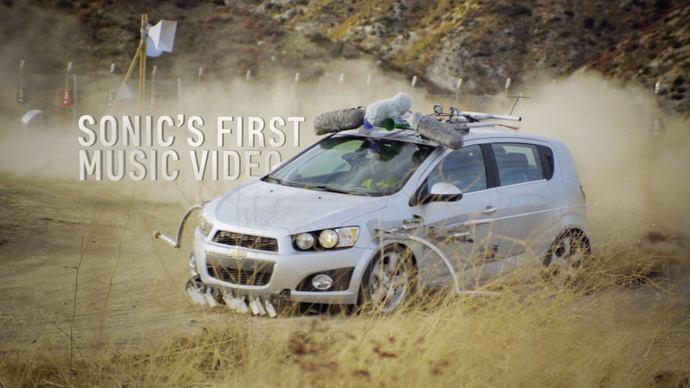 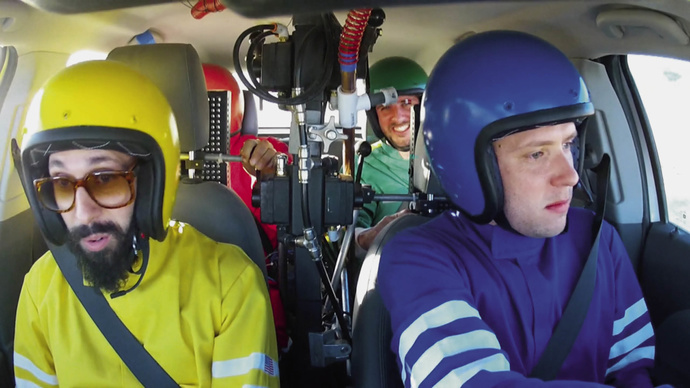 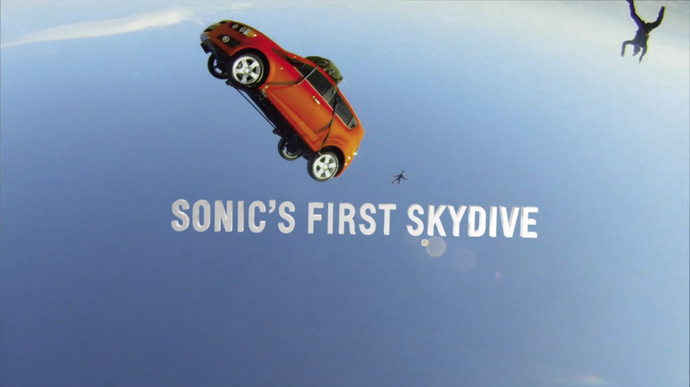 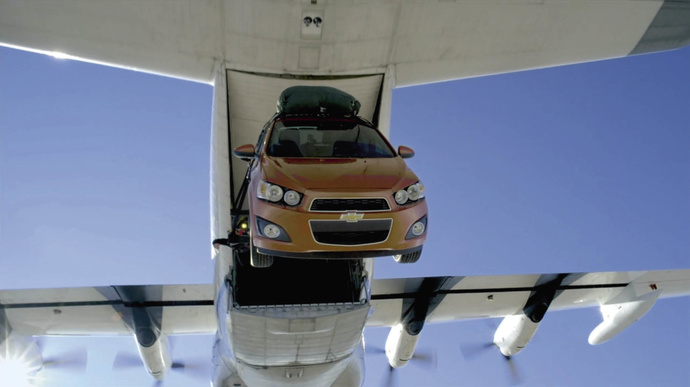 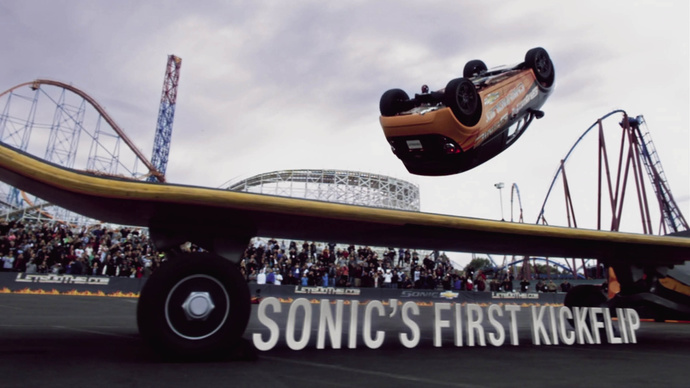 A series of YouTube videos for the Chevy Sonic “Firsts” campaign launched by Chevrolet, supported by a full suite of YouTube & Google ads. Later, Chevrolet also retargeted its “Skydive” video against Red Bull’s “Stratos” video. One of them was created by Goodby Silverstein & Partners, San Francisco and featured in Lürzer’s Archive 3-2013. 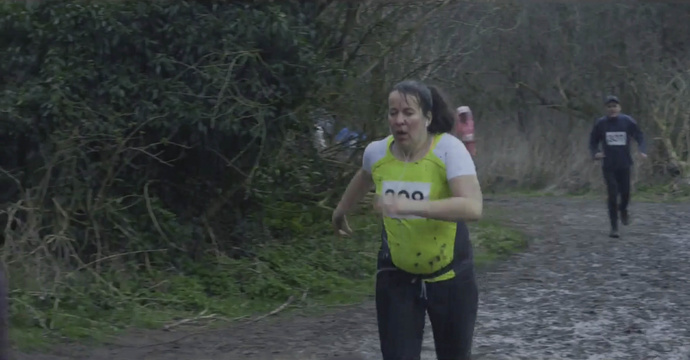 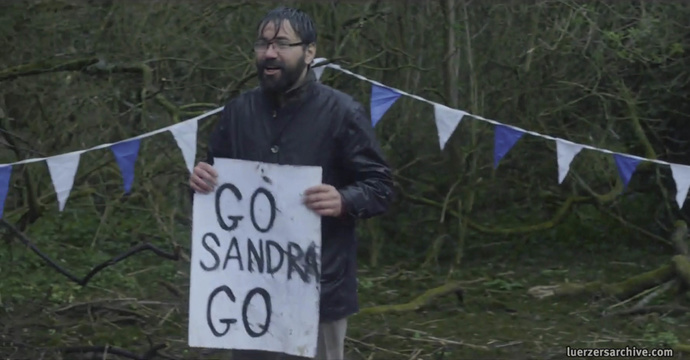 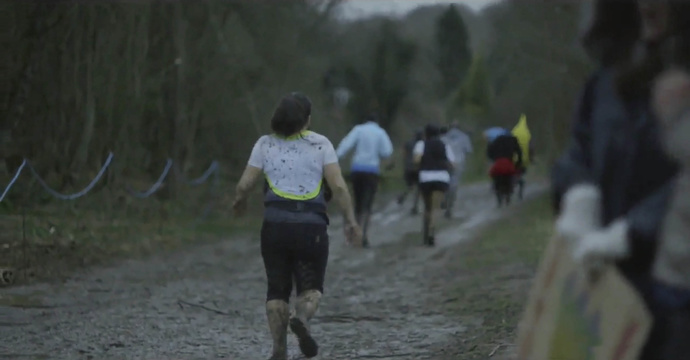 “The Fun Run” for The Guardian by BBH London. Be it a kids’ party or a fun run in the mud, you sometimes feel just that little bit out of place. To ensure that you pick the right leisure time activities next time around, The Guardian is the place to go for things you actually might want to do.