Marcos Medeiros, the man in charge of selecting this issue’s Digital content, is partner and Chief Creative Officer at Crispin Porter + Bogusky Brasil.

There is no medium that can kill an amazing idea.

The agency is one of the most awarded in the world, having been named “Agency of the Decade” by Advertising Age and “Agency of the Year” 13 times in the trade press. CP+B has won more Grand Prix awards at the Cannes Lions International Advertising Festival than any other agency in the past 15 years, and is the only agency to have won the Titanium Grand Prix twice.

The Brazilian branch of CP+B has been around since February 8, 2014. Prior to that, Marcos worked at AlmapBBDO for eight years. He was awarded the Press Grand Prix at the Cannes Festival for the Billboard magazine campaign, which Creativity named as the most awarded campaign of the year. Marcos has won 34 Cannes Lions, including 6 Gold, in addition to 10 Clios, a Grand Prix at the El Ojo de Iberoamérica, a Grand Prix at the London Festival, plus two yellow Pencils at the D&AD, 6 Pencils at One Show, plus awards at Young Guns, Art Directors Club, and regional and local festivals.
Before joining AlmapBBDO, Medeiros served as Creative Director at DM9DDB for four years, where he was part of the team that won the 2005 Internet Grand Prix for Loctite Super Bonder. Medeiros began his career in 1995 at Casablanca in the city of Belo Horizonte, Brazil, where he also worked for DNA Propaganda and New Design Agency before moving to São Paulo in 2001 to join the creative team at Giovanni/FCB. In the interview that follows, Marcos chats to Michael Weinzettl about his career and shares what he considers to be the most important factors when creating great work for the agency’s clients.

Hi Marcos, you worked at a couple of the best agencies in the world, DM9DDB and AlmapBBDO, before joining CP+B in São Paulo. Crispin Porter are, of course, a huge name in advertising but I tend to associate them with their Miami and Boulder offices. When did they branch out to Brazil?

Chuck Porter says he’d always had Brazil in his mind, but he’d never found the right people to become part of the Crispin Porter family in the country. He always says that it is not a matter of where but of who. After the first meeting with him, our agency was open within six months. Miami was the first office, Boulder is the biggest. Don’t forget we also have LA, London, Gothenburg, Copenhagen, and Stockholm.

Can you tell us a bit about your agency, about its clients, etc. What attracted you to them?

The most important thing for us is culture. Chuck is the humblest advertising man I’ve ever met. That behavior permeates the whole agency. They don’t take themselves seriously. They don’t stick their own job on the wall. Instead, they have phrases like: “The idea belongs to everyone” or, “Everyone deserves to be treated with respect.”
Our idea is to produce the greatest work with great people. Since February 2014, when we started, we have won eight clients. A piece of Mondelez, Quatro Rodas (Brazil’s biggest car magazine), Vip (the biggest men¹s magazine), PokerStars, Corona Extra (one of the world’s most iconic beers), Minuto Seguros (an online insurance consultant/broker), ABInbev (Global Special Beer Projects), and Cepera (food company). And we have three other great announcements in the pipeline.

I’ve always loved to draw. People considered me a good illustrator. My notebooks were filled with illustrations. So I thought I could be a good architect. I attended university for six months and then I quit. Why? Numbers. I hate numbers. They hate me too. So I went to advertising in Belo Horizonte. Back in the early 90s, art direction was still dependent on handcrafted layouts. I worked on Photoshop 1.0. Yes, I am getting old.

I heard that advertising played a special role in public consciousness and the popular media in Brazil, (possibly more so than in many other countries around the world). So did you get hooked at a very early age?

We have a lot of famous advertising names in Brazil. I remember, when I was a kid, noticing that people would consider the career as good as becoming a doctor, lawyer, or engineer. Let’s face it, advertising is way cooler. There was a soap opera (huge audiences in Brazil) featuring a kind of an alpha male model who was in advertising. He was rich, cool, and surrounded by hot girls. So I got hooked.

What were your first experiences of digital media like and can you, perhaps, tell us of an early experiment in the digital arena you were involved with?

I had the privilege to work with some of the most brilliant digital minds at DM9DDB. There, I was the creative director responsible for brands like Telefónica and Henkel. It was the beginning of digital advertising and we were able to try out a lot of things. One of those things gave us the Cannes Grand Prix in 2005 for Henkel’s Super Glue and the Digital Agency of the Year award for DM9DDB.

How has digital media changed since then? Has it become just one more color for the creative to paint with, or does it still hold a special place in creating communication for clients?

I think there are no more frontiers. If your idea does not go online, you probably have a problem. It’s impossible to create something really good today without digital thinking. Even if it is a press campaign. People have to talk about the work and they do it online. Easy to track.

What is some of the work you’re proudest of, whether “classic,” i.e. press and film, or “digital/viral”?

I am proud of the work I have produced alongside my greatest friend and partner, Andre Kassu. The campaign for Billboard Magazine, acclaimed as the most awarded campaign in 2010, and the very first CP+B Brasil film that we created for PokerStars, which is on air right now in more than 30 countries. I am proud of some other work we produced with some of the most gifted guys at AlmapBBDO, like “From Love To Bingo” and “85 Seconds” for Getty Images, “Adopt A Dog” for Pedigree, “Does Not Fit” and “Kombi Last Wishes” for Volkswagen, “Photo Ball” for HP printers, “Beer Turnstile” for Antarctica Beer, Bayer’s “Cafiaspirina” campaign, and the iPad ad for Bradesco car insurance.

Can you tell us a bit about the context this work was created in?

It’s hard to put everything into the same context. If I can talk about a pattern, it would basically be the fact that we’ve always tried to produce outstanding work, combined with great clients who trusted us.

How do CP+B handle digital work? Is it integrated into the agency or do you have digital agencies you work with, or cooperate with on certain projects? (One of the digital milestones was, of course, the Burger King Subservient Chicken by CP+B who, ten years ago, back in 2005, cooperated with the Barbarian Group on that famous web page.)

We believe in ideas. The Subservient Chicken idea was a milestone. Not the technology. The story is what matters
.What will be the medium? We will decide depending on each job. We have great digital wizards/producers inside the network and we’re always in touch with them. CP+B works collaboratively like no other network. Seriously, I’ve never seen anything like it.

You’ve won an incredible 43 Cannes Lions. Has the sheer number diminished their importance to you in any way? I guess one could develop a more jaded outlook on ad awards in general after having received, let’s say, award #20 or so.

I always say that the award should be the second time we have a beer with our clients. The first is the one we have when their business grows because of that idea. That simple. I think nowadays Cannes gives too many Lions. A lot of categories, in my humble opinion, can tarnish the importance of the award. You can go back to when Apple’s Think Different campaign won two or three Lions. One of the biggest ideas of all time. If you compare it with, for example, Dumb Ways To Die (which I really love), it would be unfair. We have to look at the numbers of Lions more carefully. Quantity does not mean quality.

Is print advertising on the way out, or will it continue to be of relevance over the next five years? And: What advice do you have for students in this field hoping to get into the creative department of an ad agency, or someone just starting out?

How do you feed your creativity? Where do you get the inspiration for your work?

I get the inspiration by loving what I do. Thank God I hate numbers! I would never be an architect as passionate as I am about advertising, about my agency, partners, and people. I truly believe that happy people produce more. Happiness is the most powerful fuel.

What were the criteria you applied when selecting the digital work for this issue of Archive magazine?

My criterion was to try to share good trusteeship. Things that show just how creative people around the world can be. More than that, work which gives you a constant feeling that you are not as good as you think you are. 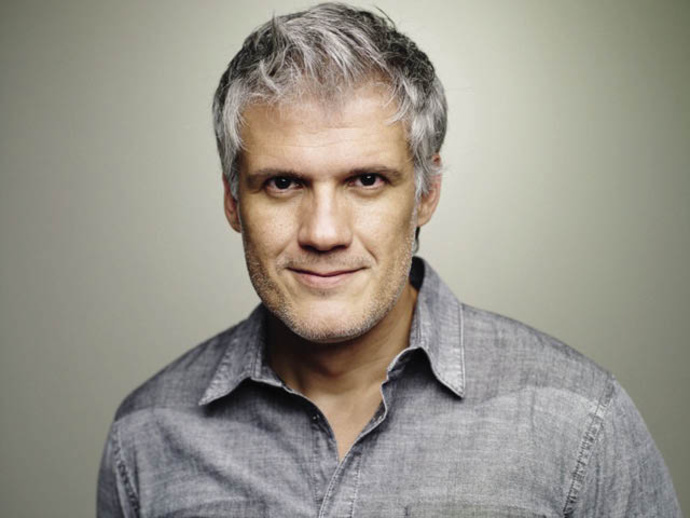 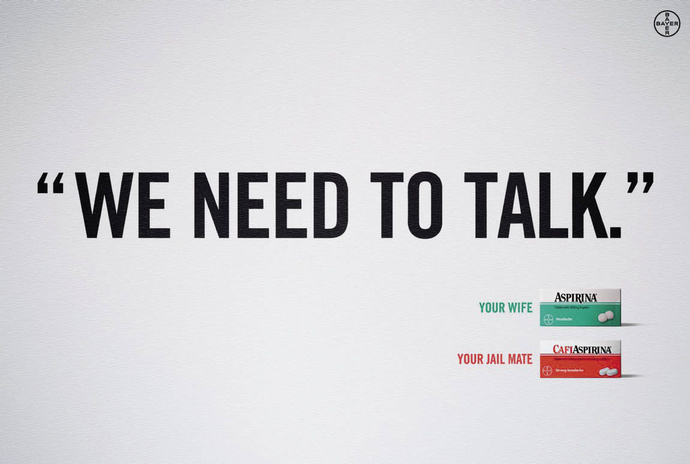 A campaign for Aspirin and Cafiaspirina, on which Marcos Medeiros worked as creative director (Lürzer’s Archive 1-2013). 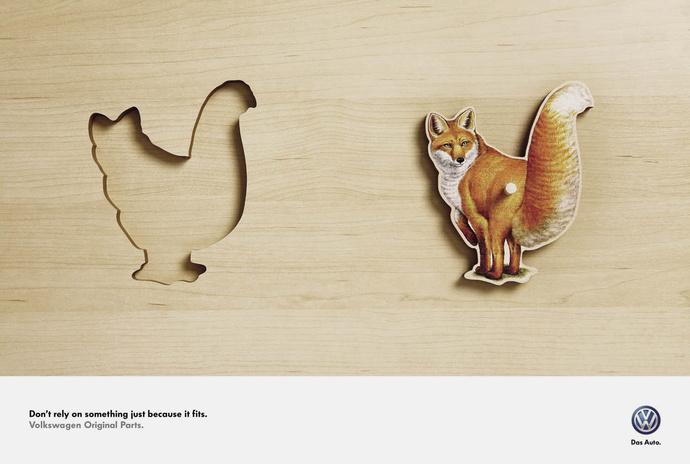 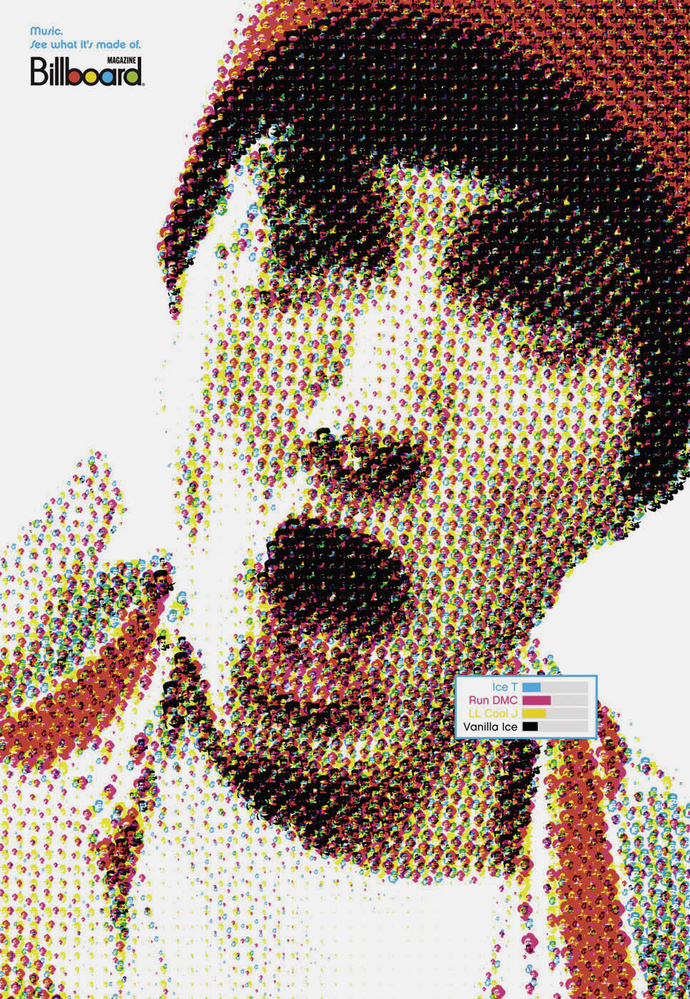 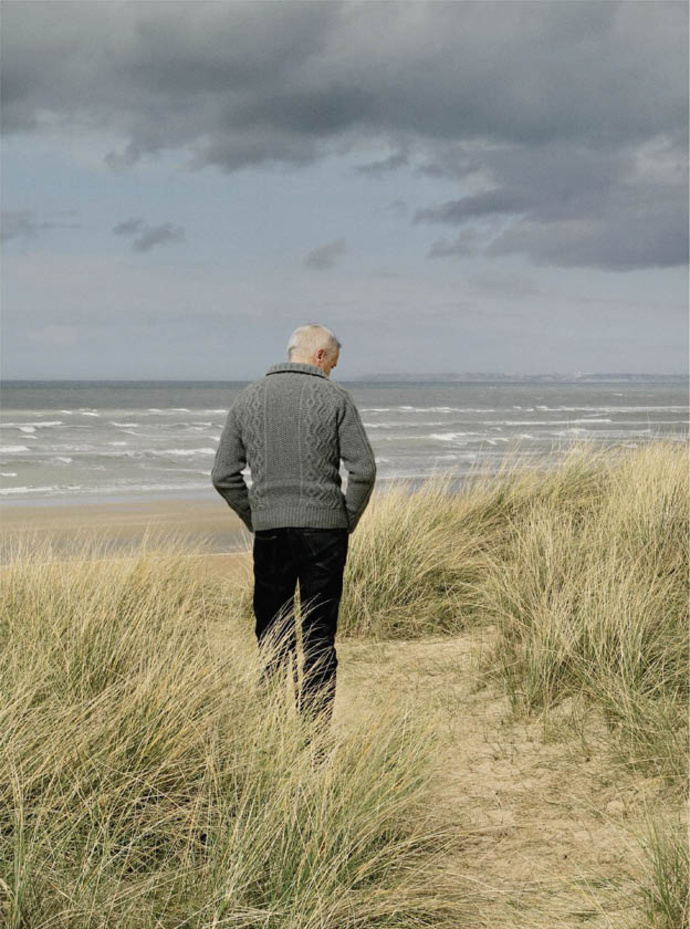 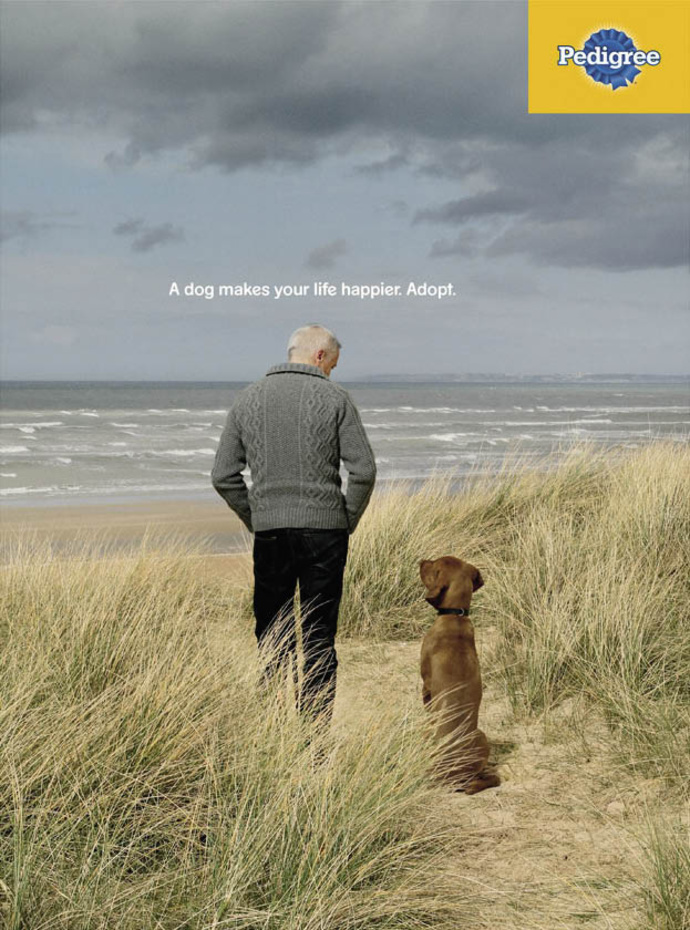 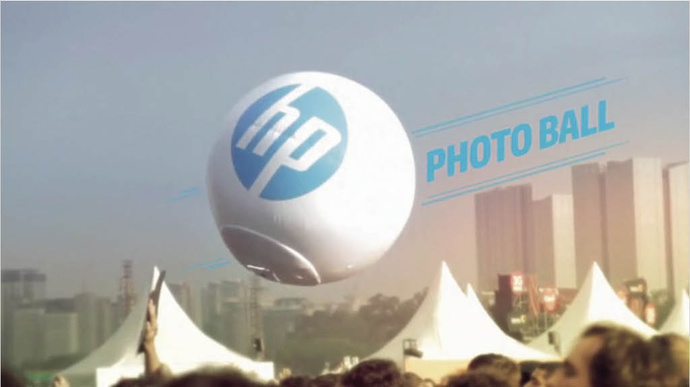 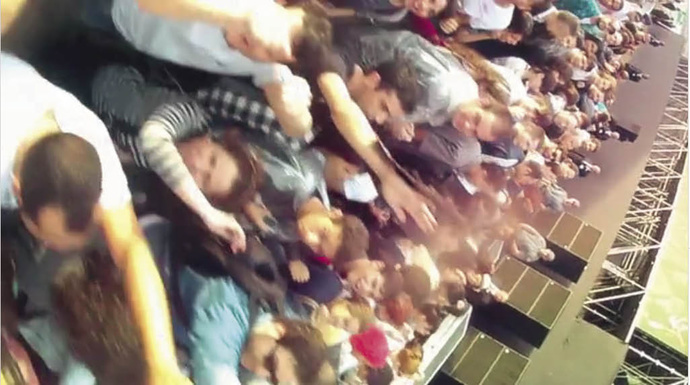 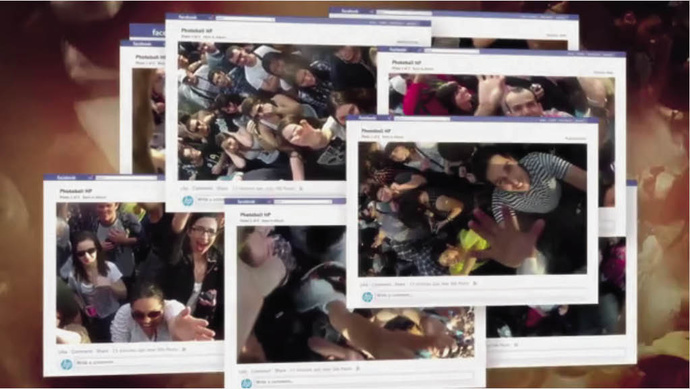 HP-Photoball, which was used at the Planeta Terra music festival in São Paulo. A crowdsurfing ball with built-in camera took pictures of the people in the crowd that could be printed out after the gig. 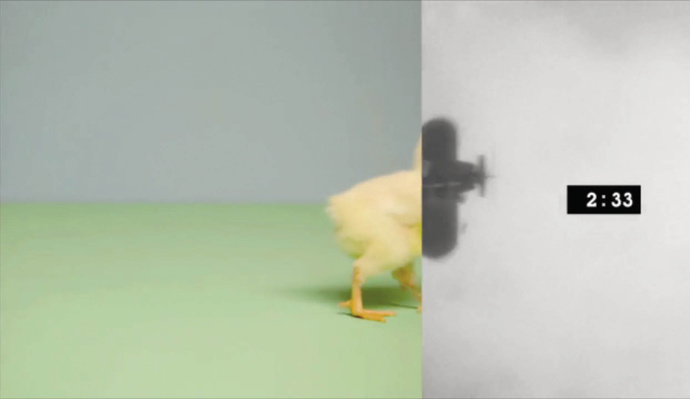 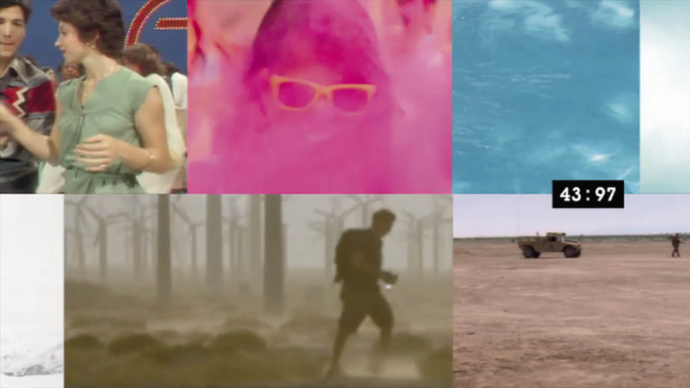 “85 Seconds,” a digital campaign for Getty Images in which Getty pictures, shown as a continuous sequence of cross-fading images, are brought together to create a video. 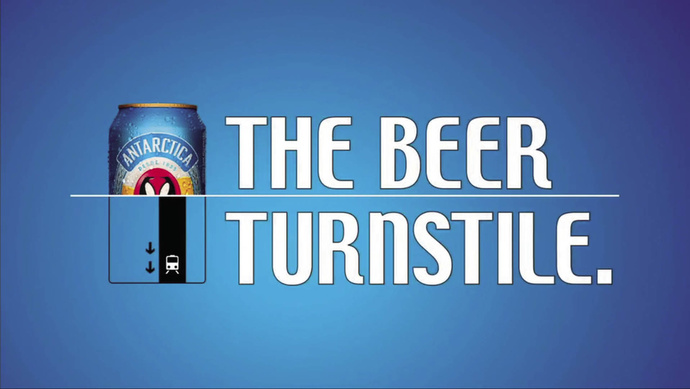 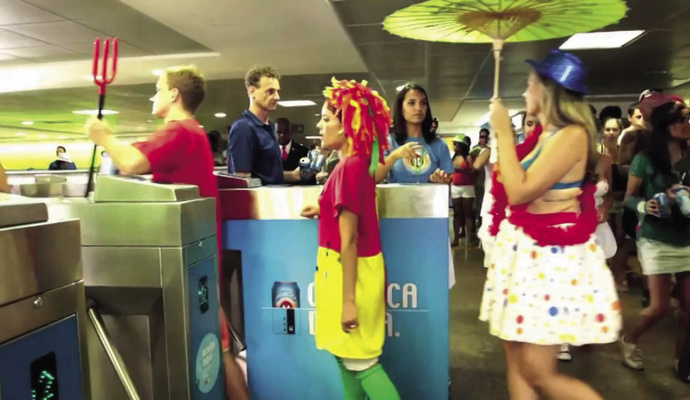 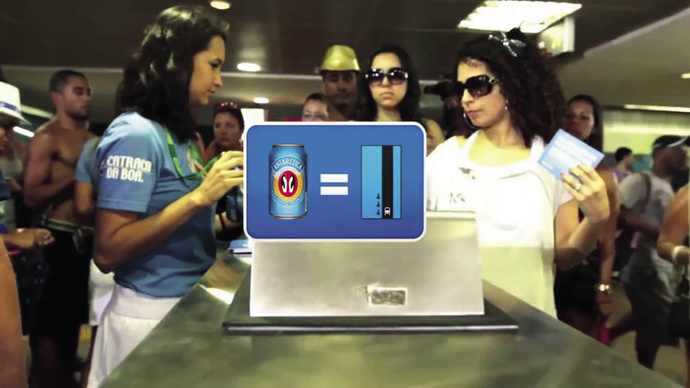 In the “Beer Turnstile” campaign run during the Rio Carnival, empty Antarctica beer cans could be exchanged for subway tickets. All three AlmapBBDO campaigns produced in 2013.