The curator of this issue’s “Digital“ section, Masashi Kawamura, is CCO and Creative Director or Whatever, a multi-disciplinary agency based in Tokyo, New York, Taipei and Berlin.

Please expect the unexpected from us.

Masashi Kawamura has been in this position since January 2019. Prior to that, he was a creative director and founder of PARTY, a creative lab based in Tokyo and New York. Born in Tokyo but raised in San Francisco Masashi Kawamura worked at Wieden + Kennedy in New York as well as a number of agencies around the world, including BBH New York and 180 Amsterdam, with many of his campaigns widely awarded.

First of all, many thanks for selecting the digital works for this issue of Archive. Did you find it difficult to come up with outstanding examples?
Not at all! Maybe just the “work that has come out within the past 6 months” regulation. The world is filled with weird and wonderful stuff.

Can you tell us about your background?
I began my career as a designer at Masahiko Sato laboratory, where I was studying and creating design work at the same time, working on TV shows, books, digital apps, etc. Then I moved into advertising, working in agencies like Hakuhodo, BBH, Wieden & Kennedy. From there I started my own studio called PARTY, and spent about 7 years exploring creating content that merge storytelling and technology. Then I moved on and founded Whatever in 2019 (taking PARTY New York and Taipei offices with me), where I now serve as the CCO and partner.

What is the role your Japanese origins play in your work?
Perhaps the detail in design craft and interaction design.

Was Japanese advertising a major influence when you were growing up and for you to decide to get into the world of creative advertising?
Actually, not much. I was raised in San Francisco, so my cultural roots are in US culture. But that actually made me more interested in the Japanese sensibilities andaesthetics, knowing that I don’t know much about my home country and its culture. At one point, I found many interesting Japanese advertising examples that got me interested in advertising, but they were actually all made by this one guy called Masahiko Sato, who ended up becoming my mentor.

Please tell us about Whatever, which you’ve been CCO of for almost two years now. It has its headquarters in Tokyo but also a strong presence in New York, Taipei, and Berlin. How did that come about? When did you go international?
When I was running PARTY (my former company) I was in charge of all its international businesses. Unfortunately, the JP office wasn’t much interested about going global, so I decided to split and join forces with Dot by Dot, a leading Japanese digital creative studio, to form Whatever. Long story short, I brought my New York and Taipei offices, and they brought their Tokyo and Berlin offices. Our aim is not to create a huge global empire, but to have a small but strong and agile team across different time zones. This is to bring in more diversity to our creative thinking, and to meet and engage with like-minded clients and partners around the world.

Before you joined Whatever, you spent time in other agencies, among them Wieden + Kennedy in New York. What was that experience like coming from Japan? What were some of the differences between agency life in Japan and the US?
So much more freedom! And so much more focus on creativity. They had the environment to allow the creatives to think and execute the best possible ideas, which I learned a lot from and still admire. My hopes are to bring that culture back into Japan.

We in the West are used to considering Japanese advertising as a genre in itself, one with rules we’ve never really understood all that well – however fascinated we might have been by the bold visual appeal it had – especially in print and film. Has advertising made in Japan changed and become more like that we see in the western world?
I think it’s slowly but surely changing, which is a good thing for the market. Previously, Japan had many strange ads that only worked in Japan. Which is fine when your audience is mostly in Japan, but now we live in a world where everyone is connected via the Internet. In that environment, it’s much more effective to be able to think and execute ideas that work for the global market. That, plus the great traditional Japanese sense of aesthetics, is what we are trying to merge with all of our projects.

How have digital, experiential and these ”new“ categories or modes of advertising influenced or altered the kind of Japanese ad work we used to marvel at 20 – 30 years ago.
I’m not sure which work you are referring to from 20-30 years ago, because to me, the Japanese ads back then didn’t make much sense. I think the popularity of digital and experient work has made a significant change in the structure of the business, which allowed smaller boutiques like us to use our agility and more creative edges to compete with bigger agencies who were driven heavily by media buying, and to developing creative work for those media. This allowed the Japanese industry to accept and nurture more unique talents and executions, which led to finally starting to show signs of original efficient work that can work globally.
One thing that hasn’t really changed (which I am super worried about) is the non-international-ness in the agencies and studios. There are still only a handful of teams here in Japan that can conceive amazing creative output and communicate and work properly with international clients. There are so many opportunities now that the world is so connected, but there aren’t many places for international clients to reach out to when they need help entering the Japanese market. I hope we can remain one of the prominent players when it comes to this, but I think there should be more competitors in this field. On the other hand, all the global agencies are still struggling to enter the market because its a high-context and closed culture. I hope this changes for the better!

Is there a difference to you between working for the Japanese market and the ”Western“ market and how would you describe it?
Japan, although it is changing rapidly, is still a very monotonous culture. This is why many of the ads are very high-context, and can only make sense / work for the Japanese audience. I think this is why it’s very hard for foreign clients and agencies entering the market (along with the work ethics and business customs). This is the biggest difference when I compare with working in the “western market”. People are embracing the fact that the whole world is connected now, and that it’s most efficient when we create communication that is workable and makes sense/buzz for the world. Which I hope we can prove to the industry through our own work.

What are some of your major clients, in Japan as well as in the rest of the world? Are you approached by any special kind of clients?
Google, Sony, Suntory, Hermes are some of the bigger global brands that we help out with advertising work. We also have been helping smaller yet very intriguing international clients that want to enter Japan, such as Slack, Shopify, Airbnb, etc. And since 50% of our work is non-advertising now, we work closely with TV broadcasters and music labels such as NHK and Warner Music to create entertainment content with them.

What are some of the campaigns you have (co-)created in your career that you’re proudest of?
I would say SOUR “Hibi no neiro” and Nike “Unlimited Stadium” will be the two projects I always look back on and try to top. “Hibi no neiro” was a music video that I made by only using a webcam which went viral in the early days of YouTube. If that was an example of a self initiated non-advertising work, the Unlimited Stadium was an advertising campaign I made with friends at BBH Singapore. This was the biggest interactive installation/event I’ve done before, and I’m extremely proud that we were able to pull this off and make it real.

What are some of the future plans for Whatever? What can we expect of you guys the next year or so?
We’re starting to be engaged in bigger scale projects such as amusement parks and connected city planning, so let’s see what happens there. On the other hand, we are producing a new TV series and something as small as a mint tablet … and whatever else we find interesting. So please expect the unexpected from us :) 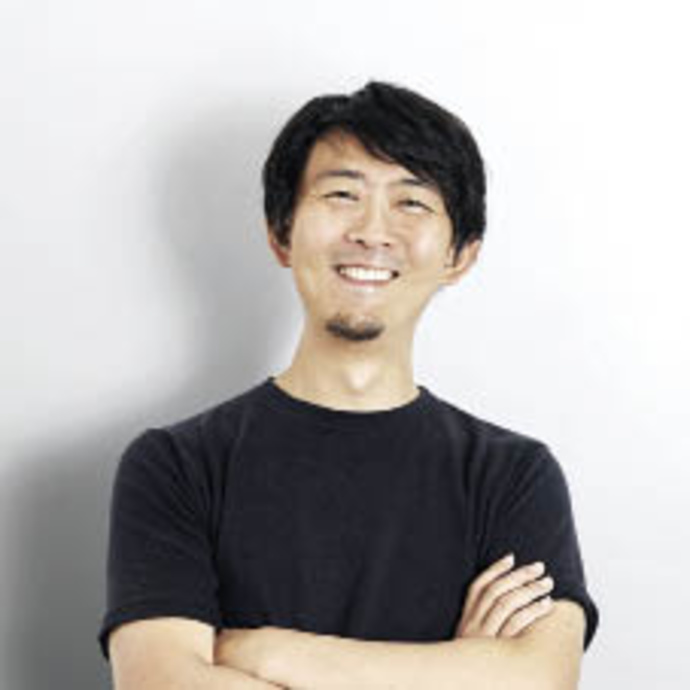 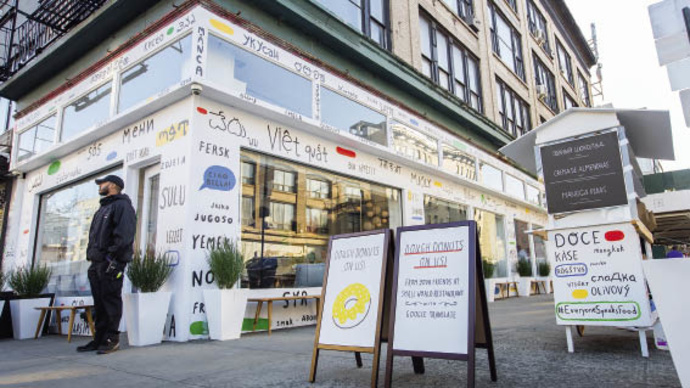 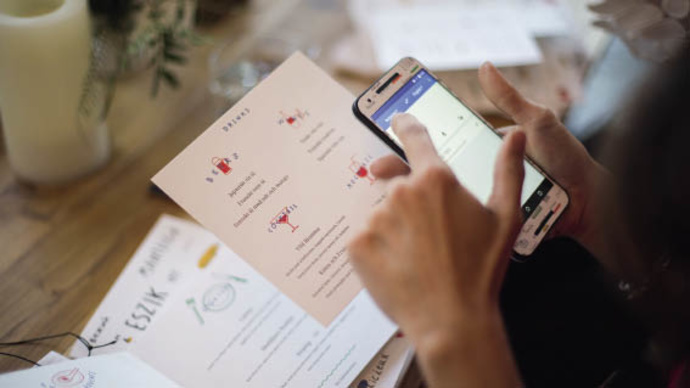 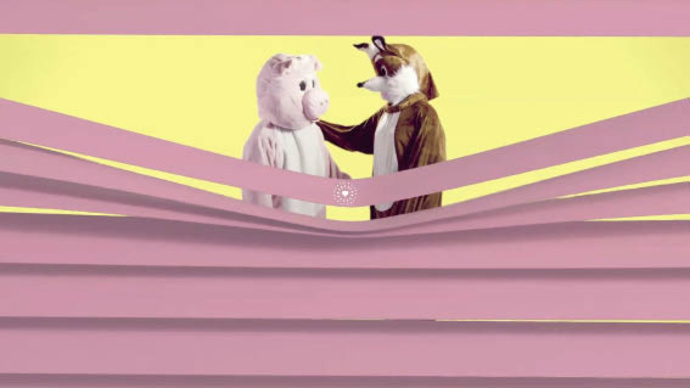 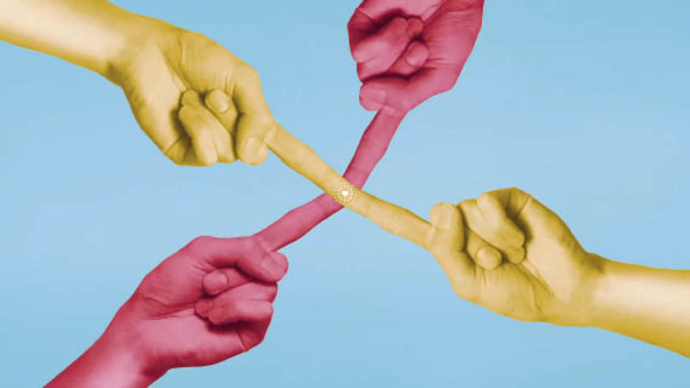 By placing a finger in the centre of the computer screen, the viewer appears to control the colourful imagery in a music video for Namie Amuro’s single Golden Touch. 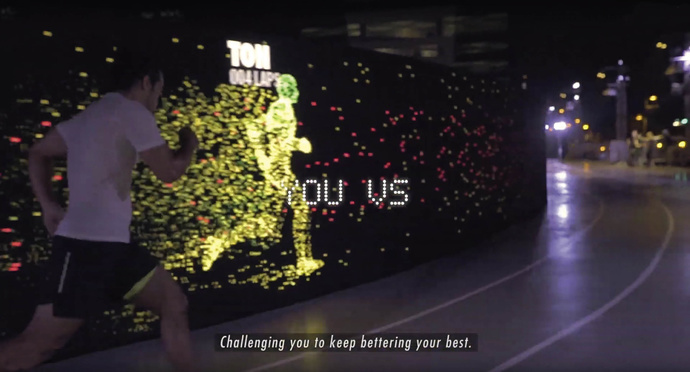 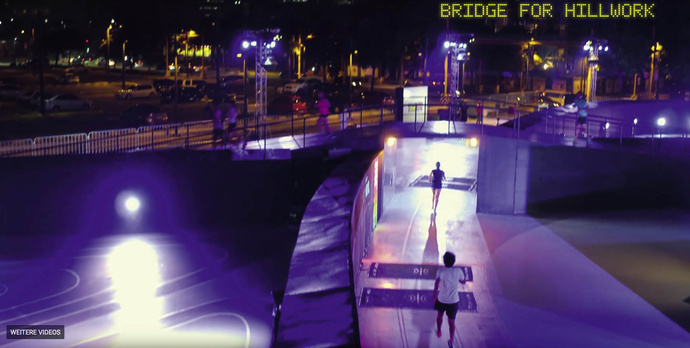 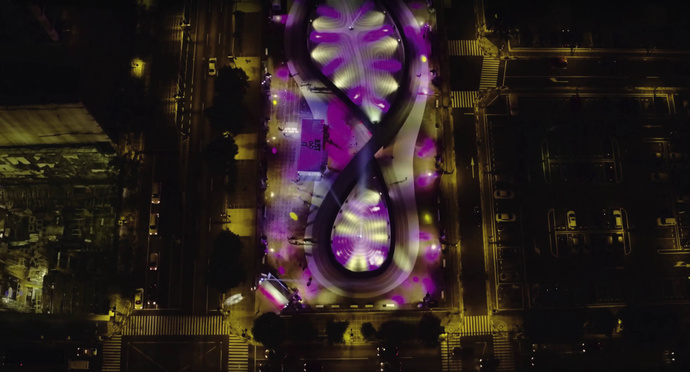 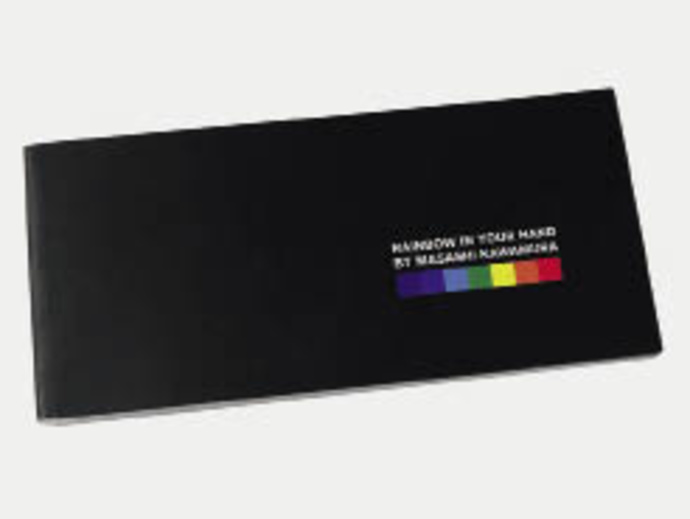 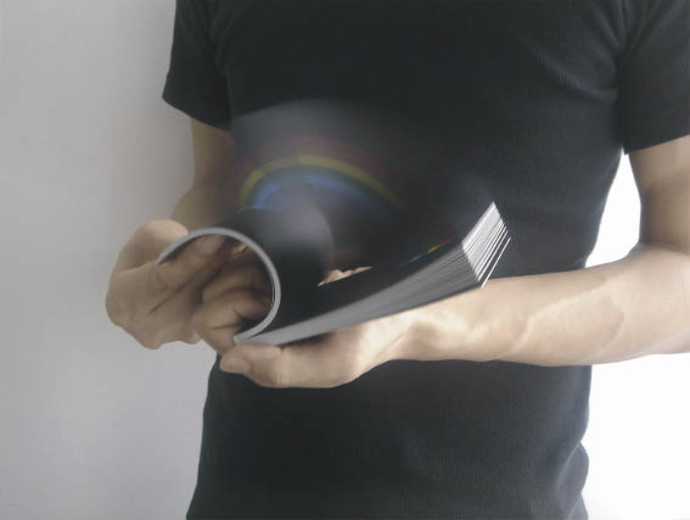 A flipbook called “Rainbow In Your Hand“ created for Utrecht, a Japanese bookstore. Thanks to seven squares with seven colors of rainbow printed next to each other, when you flip the pages, you can see a rainbow. 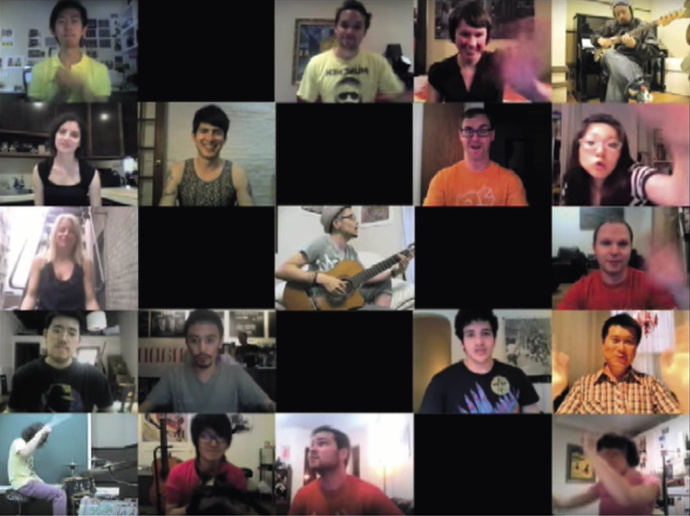 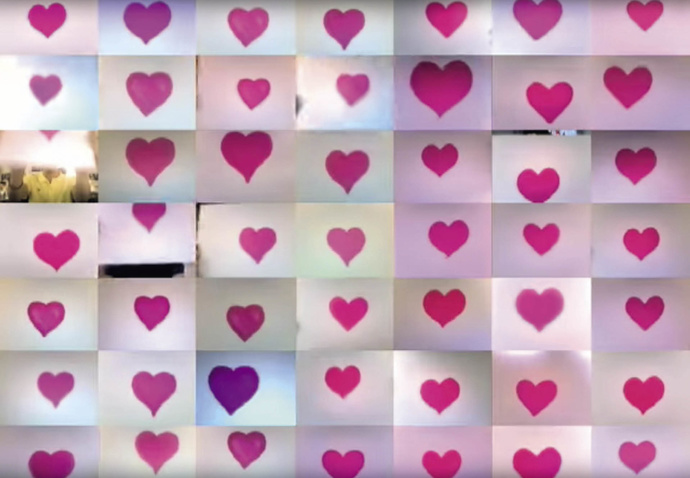 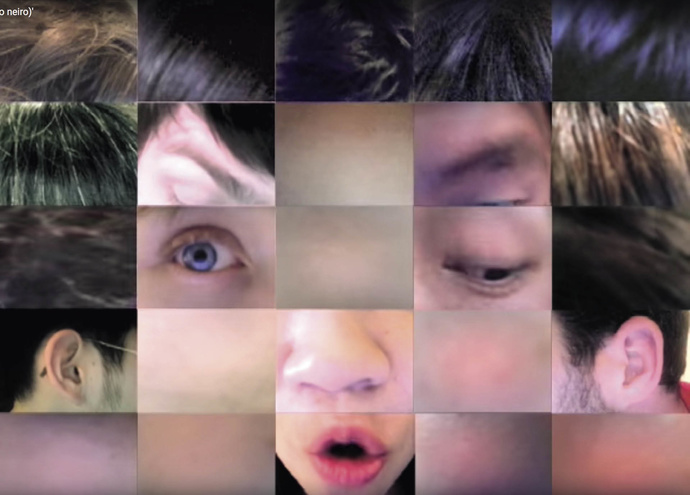 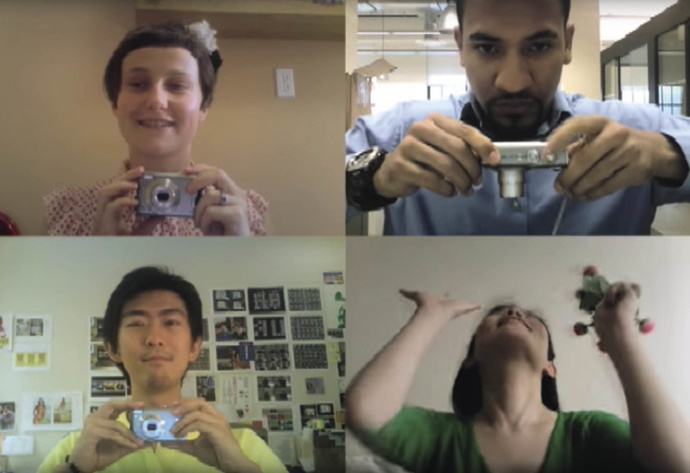 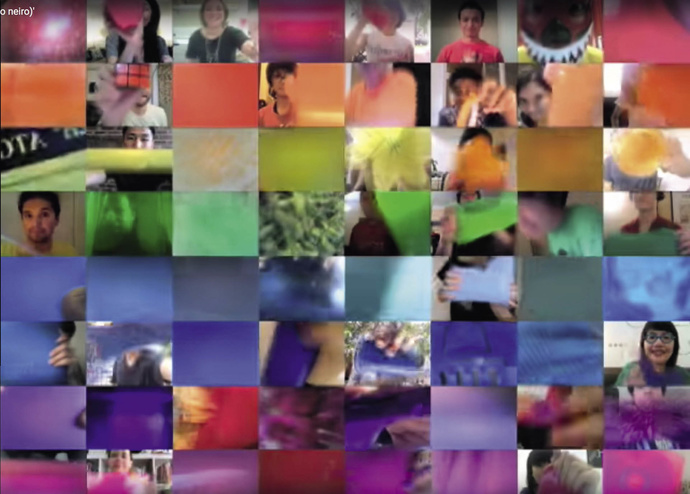 A music video shot entirely via webcam for Sour’s “Hibi no Neiro” (Tone of everyday) from their first mini album “Water Flavor EP.”