Minneapolis agency Colle+McVoy’s Chief Creative Officer Mike Caguin put together the selection of digital work for this issue. Any creative leader worth a damn is never quite content.

Hailing originally from the East Coast, Mike has become a “Minnesotan at heart,” having worked in Minneapolis most of his adult life – with the exception of stints at San Francisco agencies Butler, Shine, Stern & Partners, and TBWA/Chiat/Day. Beyond advertising, Mike Caguin is an outdoor sports junkie who’s completed ten marathons and an Ironman. Michael Weinzettl chatted to the adman – whose work first featured in Archive back in 2002 – about his career, his creative outlook, and the reasons that made him single out the digital works as presented in the section that follows this interview.

Hi Mike, can you tell us a bit about how you got into advertising and about your first experiences of the industry?

I was an art major at the University of Delaware taking a drawing class in my freshman year when a teacher took notice of my curiosity for combining visuals with type. She told me about the visual communications program and I met one of the professors, Ray Nichols. During an open house, Ray showed work from alumni who were now working at impressive agencies in New York. I was in awe of what I saw. I knew then that I was hooked.

Was advertising a desirable career field when you were growing up?

To be honest, I never even knew of advertising as a career option until I went to college. However, my parents will tell you that I was drawn to the visual world from day one. They would take my older siblings and me to art galleries and I would point to all of the paintings and say, “Pretty picture.” I was so young that I have no memory of this, but apparently I couldn’t get enough.

Remember any ads you admired back then?

Minneapolis has, for many years, been known as a hotspot in the creatively somewhat barren Midwest. Excluding a one-year stint at Butler, Shine, Stern & Partners, headquartered in the San Francisco area, you seem to have spent your whole working life there. What is it about Minneapolis that seems to encourage creativity in advertising more than other cities in the Midwest? What is it that you like most about it?

I got my start at a small agency in Baltimore, where I grew up. From there, I followed my love to Chicago. We lived there for three years, got married, and then decided to give Minneapolis a go just to try something new. Aside from a year in California, we’ve been in the Twin Cities ever since. Minneapolis is a cultural miniature of New York. In fact, we affectionately call it the “Mini Apple.” The visual arts, music, theater and food scenes are world-class despite the city’s size. The love and support for the creative arts by businesses and residents has made the design, digital and advertising industry here so strong. Minneapolis is also top-notch for raising a family and enjoying the outdoors. When you add it all up, what you get is a very special place. I grew up on the East Coast, but you could say that I’m a Minnesotan at heart.

Tell us about your agency, Colle+McVoy, please. It’s been around for quite a long time and I can find work by them featured in Archive as early as the mid-90s. Who are some of your clients?

Colle+McVoy is a Cinderella story in many ways. You always hear about agencies that struggle to redefine themselves. We actually did. Eight years ago, we moved downtown into a historic and open, loft-style office and it’s like we went from frumpy to fashionable, just like Cinderella. The change permeated who we are and how we work. Little by little our work got better, which attracted different talent and some really great clients. Land O’Lakes, Caribou Coffee, Indian Motorcycle, USA Swimming, Purina, Grain Belt Beer, and Associated Bank, to name a few.

What were some of the challenges that faced you when you took on the position of CCO almost three years ago?

What is some of the work done under your creative leadership at Colle+McVoy that you’re proudest of?

We’re incredibly proud of the entire body of work we’ve done for Caribou Coffee over the years. From design to digital to public relations to advertising, the work is consistently interesting and we’re always trying new things to inspire guests. Last year, we invited people to co-create a new roast through Pinterest, which eventually became a five-story, out-of home installation – the largest Pinterest board ever made. Pinterest and Caribou Coffee enthusiasts loved it. We’ve won awards and it has gotten a ton of press.

How does the agency handle digital work? Is it integrated into the agency or do you have a digital agency you work with?

Several years ago our CEO, Christine Fruechte, decided to disband what was a digital department and weave it throughout the entire agency. It was transformative to our business. Creatively, it broke down barriers and aligns with our highly collaborative culture. We’re capable of doing some pretty incredible things in the digital space.

What is some of the creative advertising you admire most from the past five years?

“Epic Split” for Volvo Trucks was just brilliant advertising. After I first saw it, it took me several minutes to pick my jaw up off the floor. Also, I love how “Sorry, I Spent It On Myself” for Harvey Nichols blurred the lines between advertising, products, and store experience. Again, brilliant. And remember the solar-powered annual report for Austria Solar? I cried tears of joy when that came out. Speaking of annual reports, Warby Parker’s 2013 annual report was ridiculously cool. There’s fantastic work being done across the world all the time; it’s impossible to keep up.

Is print advertising on the way out, or will it continue to be of relevance over the next five years?

Print will be around for a while, particularly to reach niche audiences or people who have specific passions – for example, fishing, cycling, or gardening. Today, a print buy is so much more than the printed page. Digital placements, event opportunities, content integration, unique placements all come into play.

What’s your take on advertising awards, of which you’ve garnered several, among them Cannes Cyber and Design, The One Show, as well as a D&AD?

I believe in awards. To me, it’s simple. Awards push people to greatness. Whether it’s the Olympics, the World Cup, or Cannes Lions, awards provide a way to measure and celebrate human potential.

Would you say that this a good time for young people to go into advertising?

It definitely is. Advertising as an industry is so much more than advertising as an output. It’s a creative frontier, full of opportunities to be inventive and playful, across mediums. There’s a lot of content we’re being asked to make and, with it, more chances to satiate our appetite for creativity.

What advice do you have for students in this field hoping to get into the creative department of an ad agency, or someone just starting out?

A lot of student work that we see is uninspiring, so when a book is remarkable it really stands out. The same rules apply today as they did when I went through school. Have a great strategy for each project, an insight behind the work that truly is insightful. Bring it to life simply and in a way that isn’t expected. Prove that you have an eye for your craft. And be humble. If you do these four things, you will do very well in this business.

How do you feed your creativity? Where do you get the inspiration for your work?

I’ve always been a sponge when it comes to creativity, and my desire is to become the best creative leader I can possibly be, so I find inspiration all around me. I love when I find myself inspired at the least expected times – and from the least expected people. I fundamentally believe that every person has something to teach me, whether you’re Chuck Porter or my barber. I just want to be better and better.

How does Mike Caguin relax?

I have two extremes: exercise and napping. I just signed up to do my second Ironman triathlon, so you could say that running, cycling and swimming is a big part of my life. And if napping were a professional sport, I’d be the Lionel Messi of it.

What were the criteria you applied when selecting digital work for this issue of Archive magazine?

A lot of the work was chosen because it was passed around our creative group as inspiration fairly recently. I simply went through my email and sifted out the best of the best. All of the work answered three tried and true questions: Is it simple? Is it surprising? Is it on strategy? 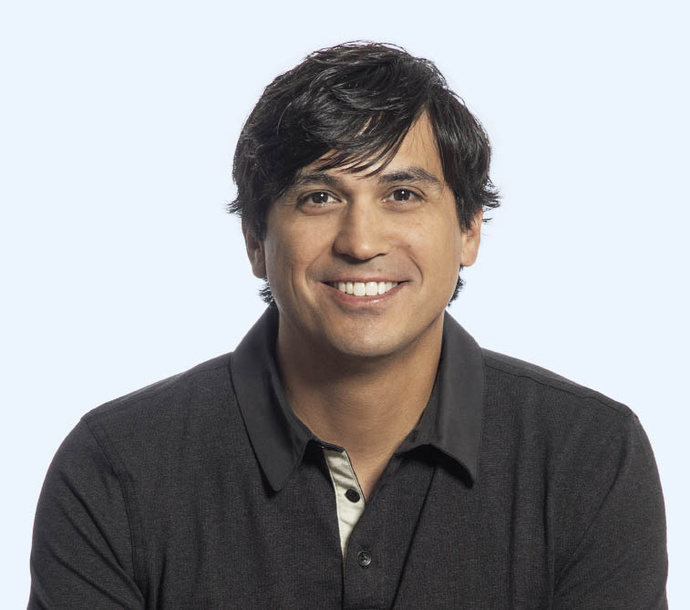 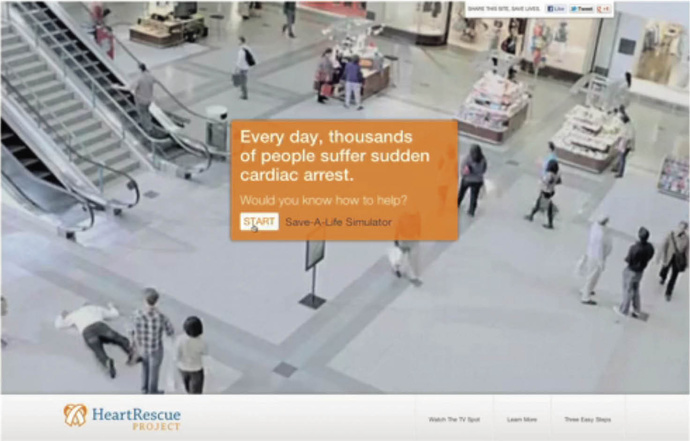 Medtronic “Save-A-Life Simulator”: Thousands of people witness sudden cardiac arrest (SCA) every day but few bystanders step in to help, because they don’t know what to do. To increase survival rates through education, we created the Save-a-Life Simulator, an immersive online experience that depicts a man suddenly collapsing and then presents users with choices that will determine whether or not he survives. 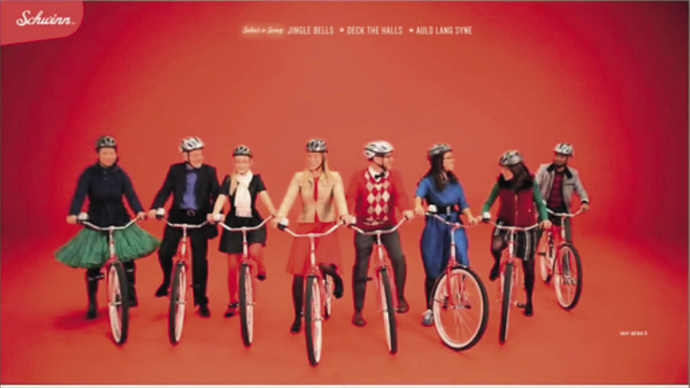 Schwinn “The Schwinn Bell Choir”: At Schwinn- BellChoir.com, visitors were not only able to listen to the Schwinn Bell Choir perform classic carols, they also had the opportunity to spread the joy by sharing e-carols with friends and family. Each song shared helped donate a Schwinn bike to a child in need over the holiday season. 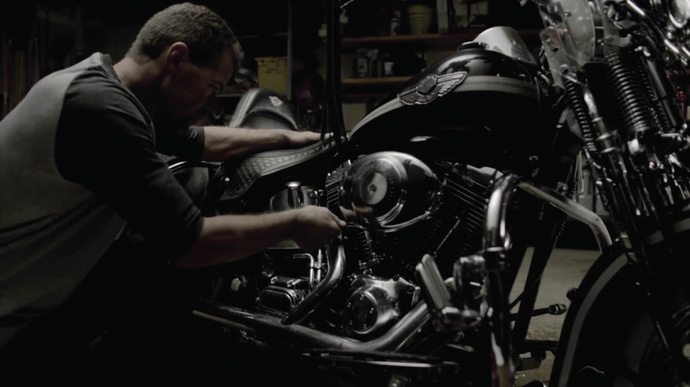 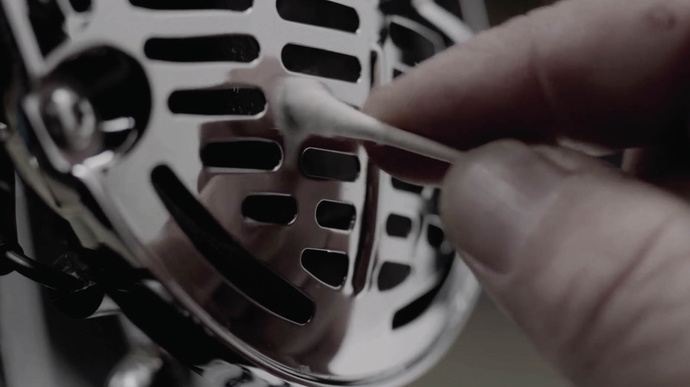 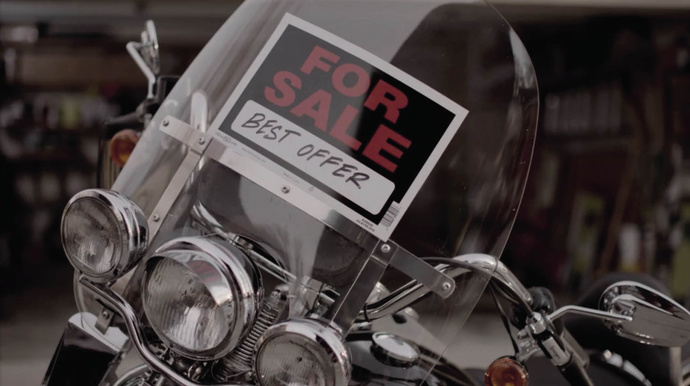 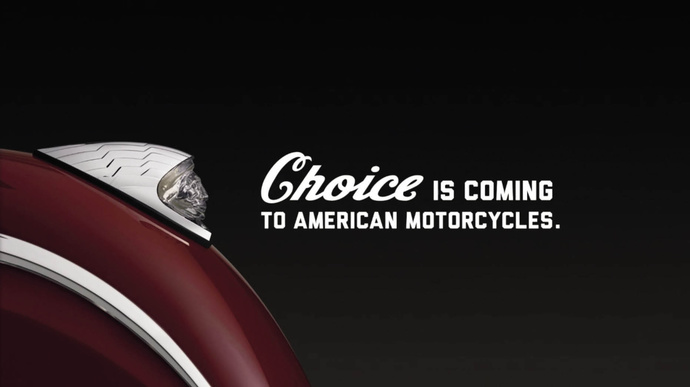 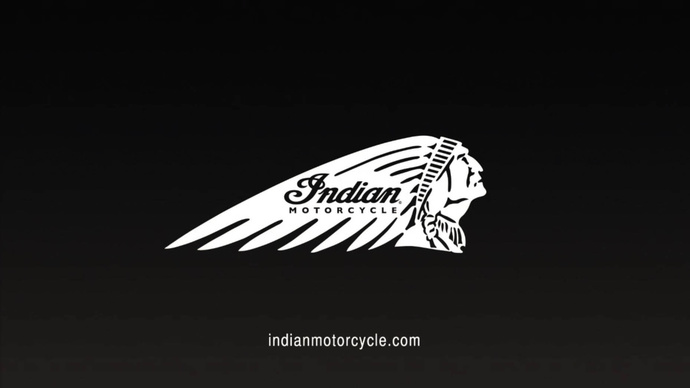 Spot for the relaunch project of the “Indian Motorcycle,” brand, created by Colle+McVoy in 2013. 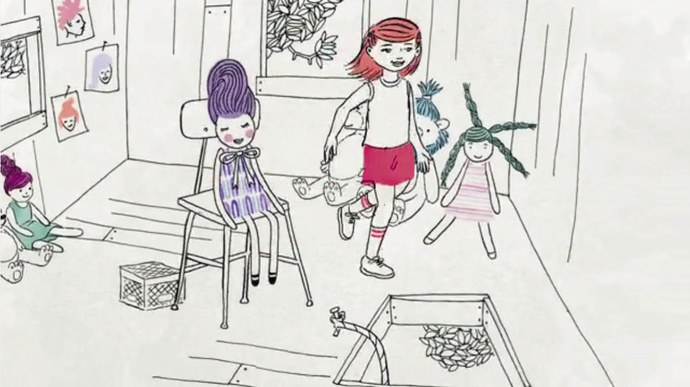 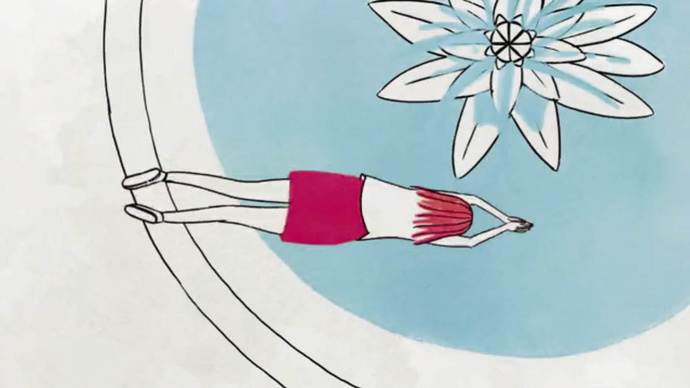 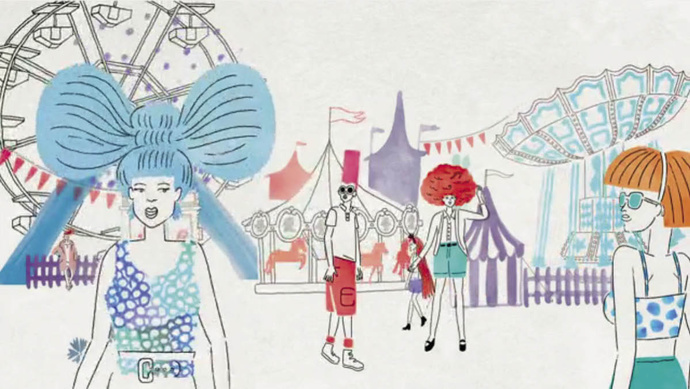 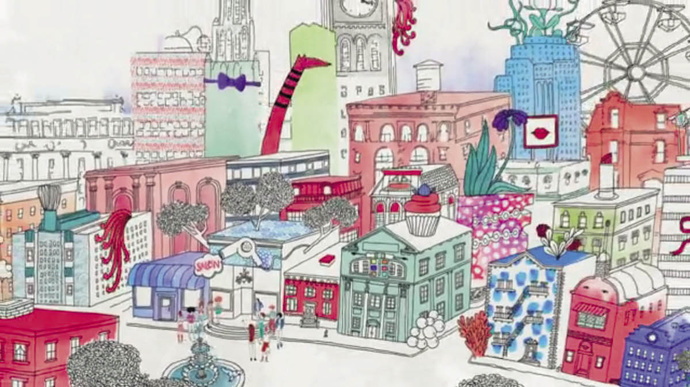 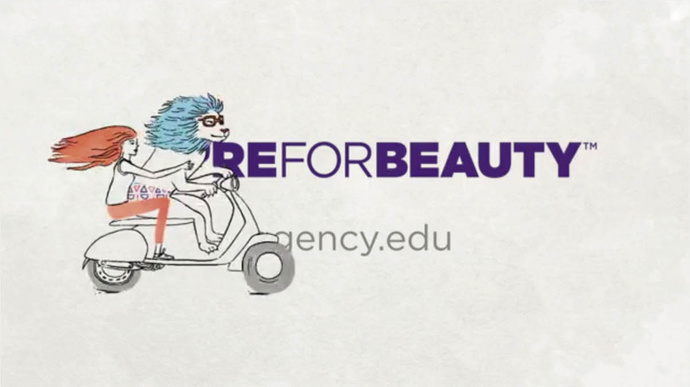 Regency Beauty Institute “The Beauty Grew All Around”: Featured recently in Lürzer’s Archive, this film celebrates the beauty-makers in the world – a highly creative group of people who help others feel great about themselves. 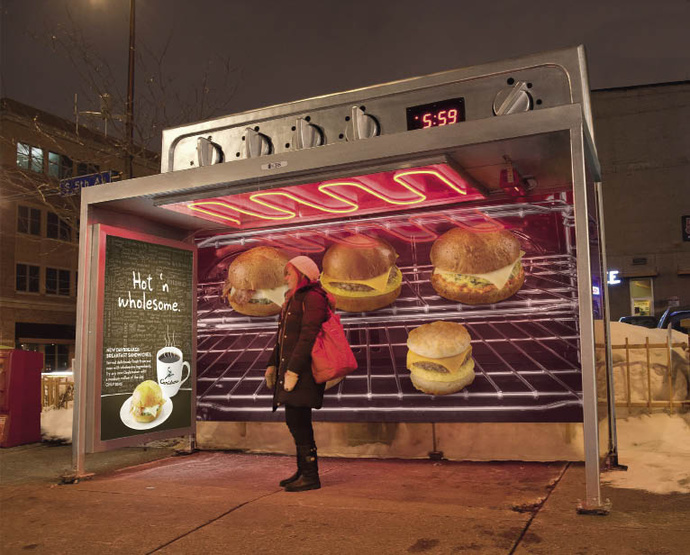 Bus shelters in icy Minneapolis were converted into “ovens” (complete with real heat) to showcase a new line of hot breakfast sandwiches. 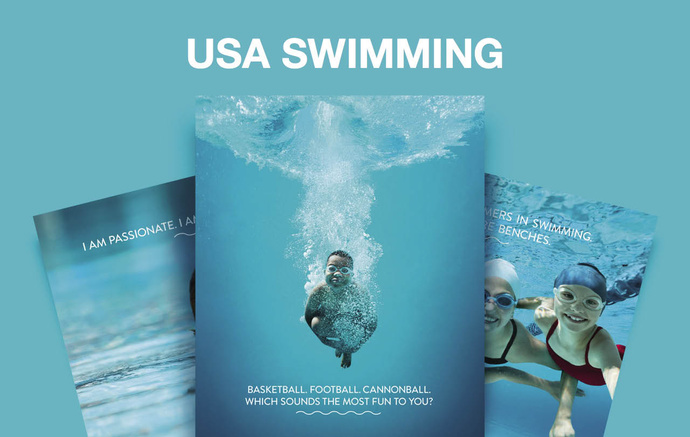 USA Swimming “SwimToday”: Many American kids take swimming lessons, but few take the next step and join a team. USA Swimming wanted to change this and get more kids in the water. Not an easy task when most parents view swimming as a skill, not a fun team sport. But research showed that once kids and parents got involved in competitive swimming, they viewed it as a sport unlike any other, making it “The funnest sport there is.”

Pedal Minnesota “GPS Tune Up Bike”: To make Minnesota even more bike-friendly, we created a GPS-enabled tune-up bike that roamed paths and trails, offering fast, free tune-ups to bikers all summer long. Since the bike was always on the go, GPS and a mobile-friendly site experience gave cyclists a way to instantly locate its whereabouts.

Advertising Week “The Greatest Cliché”: Every year, Colle+McVoy partners with Advertising Week in NYC to help create excitement surrounding this star-studded industry event. This year, we asked attendees, and the industry at large, to determine the most clichéd word of 2014 through a fun mobile experience.