You don’t settle for a good idea, you chase after a great one.

Can you tell us about your background? I understand you’re both Brazilians and worked at several agencies in São Paulo before moving to Saatchi NY (and we have, of course, already featured work by you in Lürzer’s Archive). How did you guys meet? Did you already know each other back in Brazil?
We are both from São Paulo and have worked in many different agencies there. We’ve known each other for almost ten years, having met in 2009 while working at BorghiErh/Lowe São Paulo (currently MullenLowe). After that, I (Rafael) was invited to work in the US, where I stayed for two-and-a-half years before returning to São Paulo, while Kiko went to L.A. for a year-long screenwriting program. He then went back to Brazil to work at Publicis while also writing feature film projects, and I went to McCann. From 2015 to 2016, we were both at DM9DDB, until we joined Saatchi NY as an ACD team.

What were your reasons for moving to Saatchi NY? Apart from the fact that, currently, it’s probably one of the best – if not the best – among US agencies. Did Javier Campopiano call?
Saatchi NY is one of the most iconic agencies in the world and has done some of our favorite work in the past. The whole process started before Javier joined, but it was he that ultimately brought us in. When we first spoke to him, we knew he was the kind of guy we wanted to work for and could do good work with. For us, it was a great moment to join Saatchi.

Tell us a bit about your work in São Paulo? Which agencies did you work at?
Rafael: I worked at a bunch of different agencies in São Paulo. Neogama BBH was the first big one, then I went to Y&R and, later on, Lowe São Paulo. After that I had my first opportunity to work in the US, for SapientNitro in Miami. After which I moved to Boston to work at Hill Holiday, which was a great way for me to gain a better understanding and experience of the US market. I went back to São Paulo in 2013 to work at McCann and then joined Dm9DDB, my last agency in Brazil.
Kiko: I’ve worked for nearly every agency in São Paulo, including Mullen Lowe, McCann, Publicis, DM9DDB, and AlmapBBDO, which was my last gig in Brazil. The workload in Brazil varies a bit from agency to agency. I’ve worked at places where I had to reintroduce myself to my wife every now and then, and others that were a bit too slow for me. Much like New York, São Paulo is a fast-paced city where people are focused on doing the best work they can.

How does working in the US compare to working in Brazil?
There are some pros and cons on both sides. In New York, the pros include the discipline, time and budgets. In general, the briefs seem to have more time built-in than in Brazil, and project management in the US plays the right role to ensure we are working efficiently. Also, assignments here in the U.S have bigger production budgets, allowing us to work with top-tier directors. But, on the other hand, having more time can actually be a bad thing. Sometimes, you work for months on a brief and the project will end up dying, which can be frustrating.
In Brazil, by contrast, some agencies struggle to manage the intense workflow and it’s normal to have at least 3 or 4 campaigns produced per year. Doing more work in less time has a big downside as creatives burn out frequently, which is why many of them go to other markets and even change careers.

Do Brazilian creatives outnumber US creatives at Saatchi NY nowadays? There seem to be quite a lot of you there!
Actually, we are the only Brazilians at Saatchi NY, but it is a very diverse agency overall. The CEO, Andrea Diquez, is from Venezuela and there are a lot of people from different nationalities, which is really cool. Working with people from different cultures is a great way to learn how to look at things from many different angles and perspectives, which really helps ideas take off and become much richer and more impactful.

What is the secret of Brazilian creativity? Why are ads from Brazil so damn good?
I believe it’s the passion and enthusiasm we have for advertising. When you love something, you push yourself to do great work. You don’t settle for a good idea, you chase after a great one. We also tend to be a bit “nerdy” and can probably tell you by which agency – and when – almost any ad was made. There are so many good creatives in Brazil that you learn a lot by just working with them every day. There’s also a bit of pressure because you know that if you don’t continue doing great work you will probably lose your spot.

You were both involved in the Tide Ad, surely the best film campaign of 2018 – a fact cemented by the Grand Prix and Gold awards Saatchi NY received for it. What was it like to work on that campaign (which premiered during this year’s Super Bowl)?
It was really exciting. Tide and Saatchi have a history of doing amazing things together, so the bar was already set on the moon from the start, and it was a huge and exciting challenge. The idea of trying to own all of the Super Bowl commercials was a very ambitious one, so even though we were all very optimistic about it nobody really knew it would work the way it did until that night. It’s amazing that our first experience of producing something for the Super Bowl went so well. In Brazil, there aren’t any events where everyone is waiting or excited to watch the commercials, so for us it was incredible just to have an ad in the Super Bowl, even if it was a terrible one, but in the end it exceeded everybody’s expectations.

Since there was quite a large team involved in the Tide campaign, what is your take on collaborating with other creatives on an ad campaign? What are the pros, what are the cons?
We think it can go surprisingly well if you have the right people involved and a clear process. On Tide it worked seamlessly, and the results prove that. The team was made up of people with very different backgrounds, experience and vision. There were no egos involved, allowing everyone that worked on it to make it better; the goal was to make something great and everyone was excited. Some collaborative processes can become very confusing if you don’t have clear directions, or if teams try to push their ideas across just to put their names on it, which is not the case at Saatchi.

And what would be your dream collaborators if you could choose from any field, any age.
Working alongside Charlie Kaufman would be amazing. We often wonder what his ideas would be like if he chose to work in advertising. Another person we would love to have as a collaborator would be
Tarantino, because if he had the freedom to do what he envisions, we’re sure it would turn out to be something interesting. He always brings a fresh and bold perspective.

What is the work you’ve done throughout your careers that you’re proudest of (excluding the Tide ads, which I’m sure you must be thrilled to have been part of)?
Rafael: I think two projects I did at the last agency I worked at in Brazil. One is called Truth Detector Radio, which turned radio equipment into lie detectors during a famous radio show. It’s a cool blend of technology and entertainment in one of the oldest mediums in the world. The other one is a very unpretentious campaign for a dog food brand called Special Dog. It’s very funny thanks to the dogs.
Kiko: I’m very proud of Masseuse of Models from 2009, which was an organically viral video with no money behind it that quickly hit millions of views. I also like the Skip Ad Festival campaign we did for Sony Entertainment, which turned the audience into voters for “The Voice” on YouTube using the “Skip ad” button as a way to say “Yes” or “No” to the bands featured in the pre-roll.

Where does the inspiration for your work come from?
Life in general. Every new idea stems from something you already had in your mind someplace, so the more you feed it, the better your ideas become. Go to the park, beach, cinema, museum, read books, do things that nurture and relax your mind. The best ideas out there are rooted in human truth and are just a realization of the things that happen in life.

Any people you admired when starting out in the ad business?
When we started, we admired the same pioneers everyone in this business does, like Bill Bernbach, David Ogilvy, a bit later David Droga, Gerry Graf, Dan Wieden. But we also loved the work of Brazilians including Fabio Fernandes and Marcelo Serpa, who did so much great work in Brazil that inspired our generation to want to be creatives.

Any advice for people starting out in the ad business?
It’s not easy but it’s worth it. For every good idea that sees the light of day, at least 100 will die, and that’s just part of the process. The best thing to do is to turn your frustration into motivation. Don’t get too attached to your ideas, move on, but, when you feel you’ve landed on a special one that you just have to make, fight a little bit harder to make it happen. Another piece of advice is to be prepared for change. The industry transforms every day. When we started, it was just about TV, radio and print, and now it’s everything. It’s nearly another profession. At the end of the day, it’s all about having a great idea and how it comes to life across the technology and media we have today – as well as what’s around the corner. 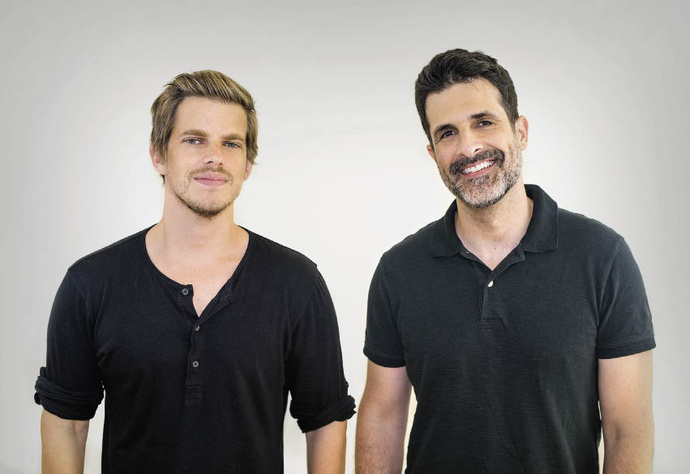 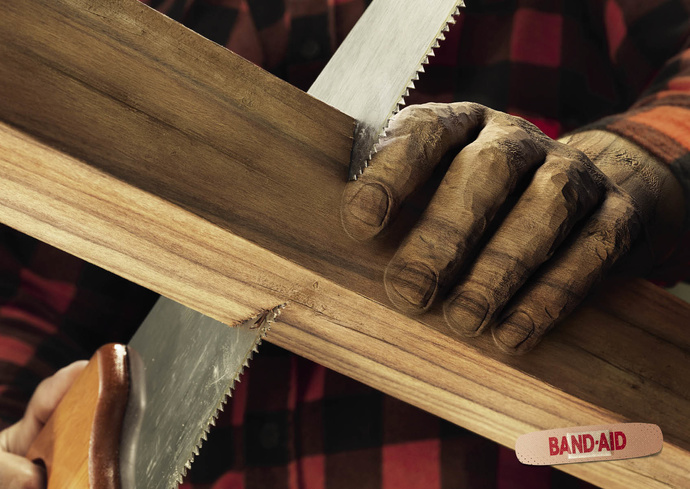 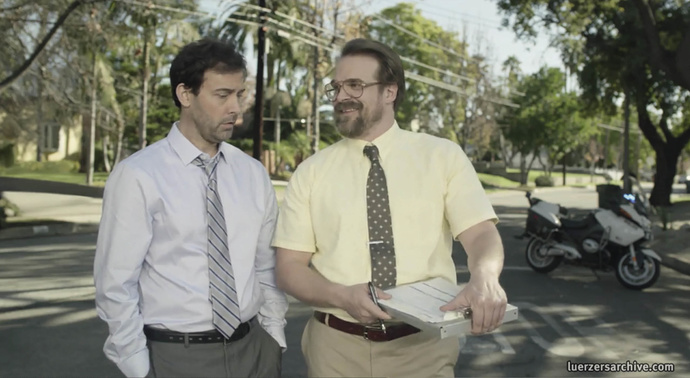 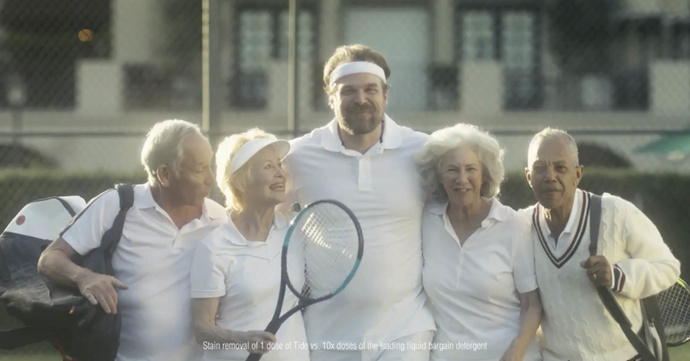 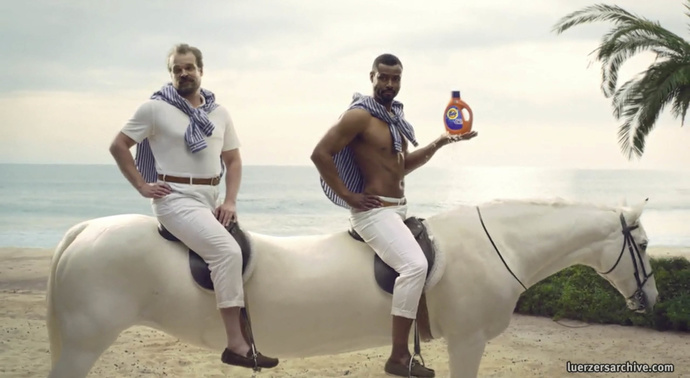 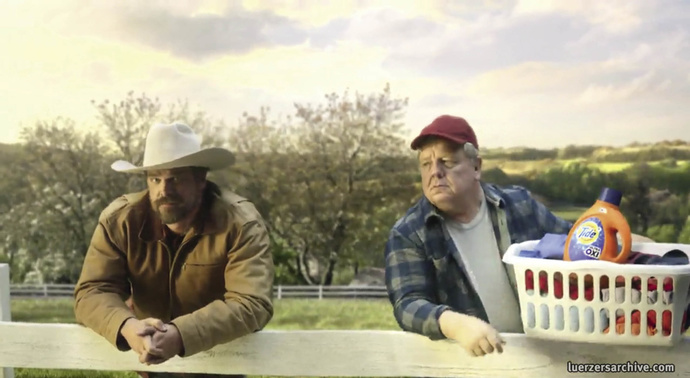 Saatchi & Saatchi, New York created “It’s A Tide Ad” campaign which could be described as “meta-advertising”: four ads totaling one-minute-and-thirty-seconds that attempted to make every Super Bowl ad look like a Tide ad – at least every ad in which people wore clean clothes. Starting out like a stereotypical Super Bowl commercial, each of the four spots actually turned out to be a spot advertising the Procter & Gamble washing detergent (Lürzer’s Archive Vol. 2-2018). 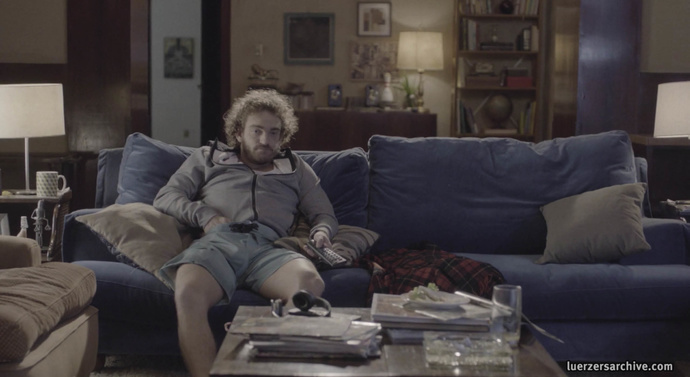 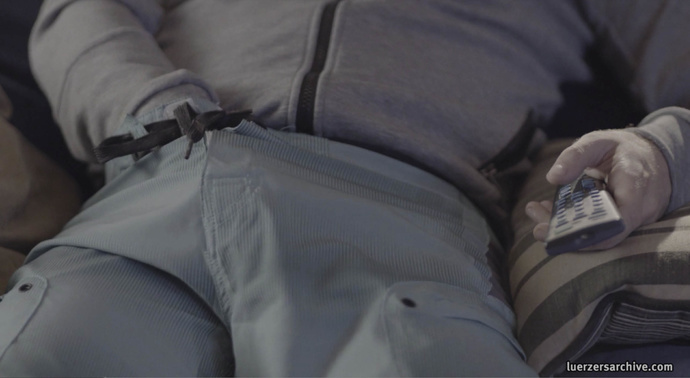 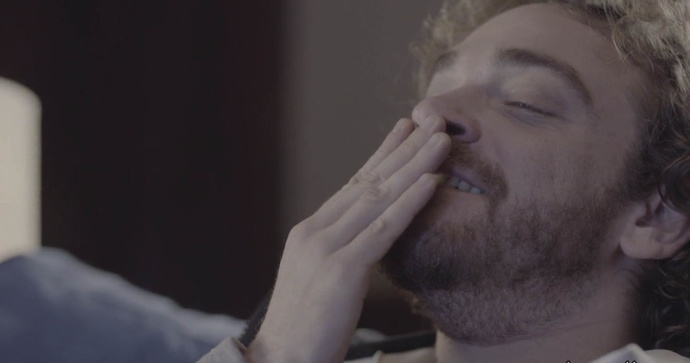 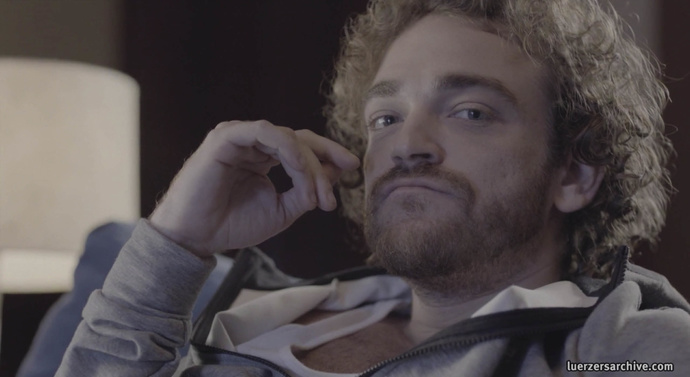 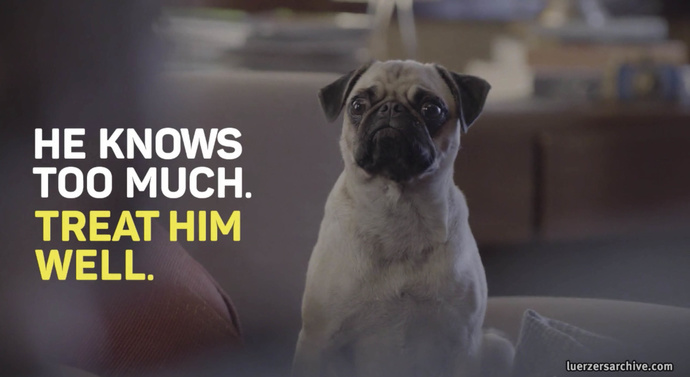 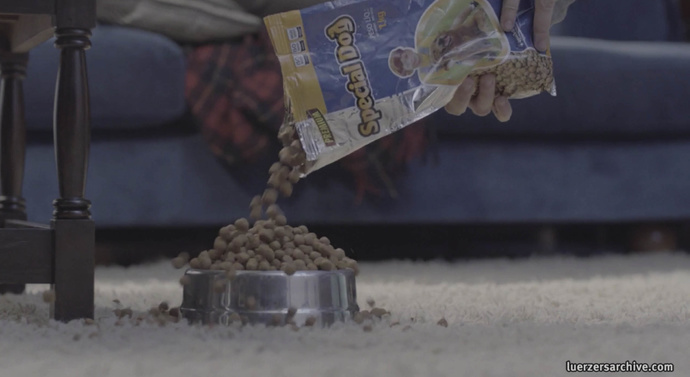 Spot for client Special Dog by DM9DDB, São Paulo. As too many dogs get to learn a lot more about their owners than they would really like to know, acting as silent witnesses to their many quirks, they should to be pampered with Special Dog brand dog food. Just to keep them quiet (Lürzer’s Archive 4-2016).