Ale Burset, the Argentine-born and Madrid-based photographer, has been the number one in this magazine’s ad photographers ranking for some years now.

Creatives’ respect for my work has increased enormously since it first began to be featured in Lürzer’s Archive magazine.

It is a position previously held for a couple of decades by none other than Nadav Kander. High time for Michael Weinzettl to find out more about Ale’s stunning career.

So Ale, how did it all begin for you?
It all began casually, during an interview that I was doing in 1996 in Europe. I was there as a journalist for a magazine, and it all happened when I had to take a photo. From that day on, I knew that the only thing I was interested in was photography. Taking photos and more photos.

What was your background? What were Ale Burset’s early years as a photographer like?
The first years were very difficult since I came from journalism and had no knowledge at all of photography. The first five months of my career, I worked with an automatic camera since I did not really know how to take the pictures. I usually made interviews for a magazine as a correspondent abroad and also did the shoots with the automatic camera. Once I had lost the fear of the very beginning, I felt free to work in photography with all my heart. My obsession to learn and improve my craft every day helped me very much.

Do you come from a visual arts background?
No. I come from the field of journalism. I worked as a journalist for two different magazines. Before, I had worked as a sports journalist, in the production area. This is what I had been intending to do after I arrived in Buenos Aires.

What made you want to become a photographer?
The first day that I, more or less accidentally, had a camera in my hand, I felt butterflies in my stomach. I shot my first photo and at once felt an immense passion for it.

Did you have any heroes in the field of photography? Influences?
Some photographers have been unique and special to me: Helmut Newton, Richard Avedon, Peter Lindberg, Bruce Weber. Their work left a mark on me. I could not stop looking at their photographs. Even today, I sometimes look at their books, marveling at their beauty, in total awe. Then, due to my passion and obsession for light and lighting, other photographers appeared on my horizon: Steven Klein, Craig McDean, David Sims, Gregory Crewdson, Philip-Lorca di Corcia, Eugenio Recuenco, Nadav Kander.

When did the ad agencies first come knocking on your door?
The first time, it was not an agency but an art director, Johnathan Gurvit. At that time, he was working with Gaston Bigio. They kept on working together for many years. He is a commercials director now. He realized that I had no experience in ad photography but saw something in my work and invited me to take part in two projects. I then moved to Mexico and, there, things simply happened. Friends I had in the advertising world called me to work: Fer Leal and Chivo Lopez de la Paz. After that, the work never stopped.

You then lived in Buenos Aires. What made you decide to move to Madrid?
I returned to Buenos Aires after living in Mexico in 2007. Sofia Temperley recommended me to get together with one of the best art directors I have ever worked with, Gonzalo Vecino. At that time, I had returned to make a campaign for Nike. That campaign won at Cannes. It was my first Cannes award. After that, I lived in Buenos Aires, in fact right up until two years ago. We decided to move to Europe to be close to the markets in which we do the majority of our work. From that time on, we have been working all the time with the American and European markets. We decided to move as the trips had become very long and exhausting.

Are there differences for you between working in the South American and European markets?
Yes, there are differences, especially when it comes to time and processes. But both have their good and bad sides. Having worked in the South American market made me learn a lot, and this helps me to be able to work in any other market. It was definitely an advantage for me to learn and to have worked there.

What are the campaigns photographed by you that you are proudest of?
Oh my, that’s a tough one. I can tell you about some of them. At a very critical moment in my career, when I was even thinking about leaving photography altogether, I chanced upon a campaign that changed my career forever. It was “Break the circle,” for Save the Children. It was a time when it was difficult for me to work because people were saying that my lighting was very dark. I was disappointed and did not want to continue. I was abroad and in the middle of the campaign, and wanted to quit my career. My wife advised me to stay calm, to finish the job, and to think about and discuss it when we got back home and, in the meantime, enjoy the work. I finished the campaign, which went on to win big at Cannes, and this turned out to be the beginning of many other projects. I haven’t stopped working since. There are other campaigns I am proud to have been part of: Posta Italiane was one of the most beautiful experiences that I’d ever had. Lavazza was another. I had dreamed of working for Lavazza from the very beginning of my career, and then I happened to find myself shooting Lavazza’s first worldwide campaign. The final result was beautiful – and the creative process with the whole team amazing. Clowns for Burger King is another campaign that I love. It is very difficult to choose a single one.

Apart from your work for ad agencies, you have always had side projects, such as the book from a few years back that I wrote a little introduction for, with the photos that looked like Renaissance paintings. What is the motivation behind them?
I have side projects, generally in order to do things that I love, with no pressure, schedules, or briefs. To be totally free. To create photography with passion and without having any limits imposed from the outside.

What is I Am Pototo?
I am Pototo is a project that we approach with much love and one born as an anti-system project. I went into photography dreaming of becoming a fashion-and-celebs photographer but life led me into the world of advertising, which makes me very happy. But it did not help when I wanted to do fashion. Because – as you can imagine – of certain prejudices. So one day I thought: Who says that I cannot do fashion and celebrities? This led to the birth of I am Pototo, a showcase where I could do what I like and at the same time share the space with other artists, creatives, etc. This point makes I am Pototo very interesting. And we can all grow and learn much more. Basically, I am Pototo is a place where the only condition is: Let’s play! The idea is to enjoy the creative process with no conditions. The artists, creatives or guests have no restrictions on their creative powers. They have to enjoy themselves. It is like a free amusement park.

Why are you creative?
I believe that I cannot work any other way. I am always thinking: thinking about new ideas, thinking about how to improve a graphic campaign. Working on a campaign is not just shooting a nice photo but helping to improve the idea behind it.

What are some of your plans, projects for the future?
My plans are to make more photos. I love my profession and I hope I can go on making advertising and also personal projects. I cannot imagine myself not doing this. We have now finished the shoot with Helena Christensen for I am Pototo 6 “Freedom.” We will be taking it to Cannes. It is one year since we published the first volume in the I am Pototo series.

How has digital photography changed your profession?
It has changed too much since we can now work digitally some things that, in the past, were impossible to do. But I always try to have everything in a single shoot, just like before. I always prefer to have everything in the shoot, with the least quantity of shoots. If just one, in fact, all the better.

You have been the top photographer in the Lürzer’s Archive Ranking for some years now, meaning no other ad photographer has had more campaigns featured in the magazine. How do you feel about that?
The international importance of Lürzer’s Archive has given me a degree of respect in the world of advertising that has helped my professional growth ever since we attained pole position. As a result, creatives’ respect for my work has doubtlessly increased enormously since it first began to be featured in Archive magazine about 10 years ago. I am humbled by the fact that I now occupy the same position in your magazine’s ranking that was for many years held by Nadav Kander, one of my favorite photographers of all time.

You have done a lot of work with Diego Speroni. What is your connection to him? Many campaigns of yours credit him as the digital artist. Where did you first meet? Why do you like working with him?
We met ten years ago and have worked together ever since. Almost all my works are with him as digital artist. We have a very good synergy. And we are also friends. We are both obsessed by images. And that is a good reason to go on working together.

What advice would you give young photographers just starting out? I hear the industry is quite depressed at the moment. Is it even a good time to get into commercial photography?
To study all types of photographers and photography. To look for references, and observe all that they can. To make photos. This is the best way to learn. If I had to recommend something, I would advise them to study art direction instead of photography. I believe that with a good knowledge of art direction and making photos, the best results will ensue. And always work with passion, lots of passion. As for the moment in time, it is always a good moment to begin with anything that you love. I would start this profession all over again if necessary! 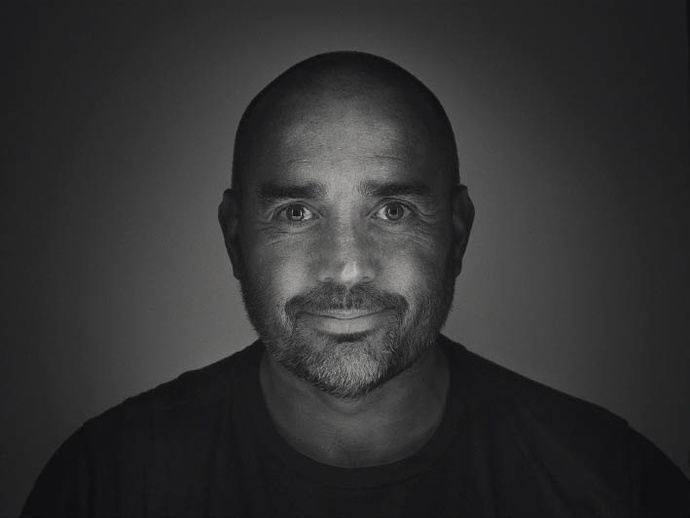 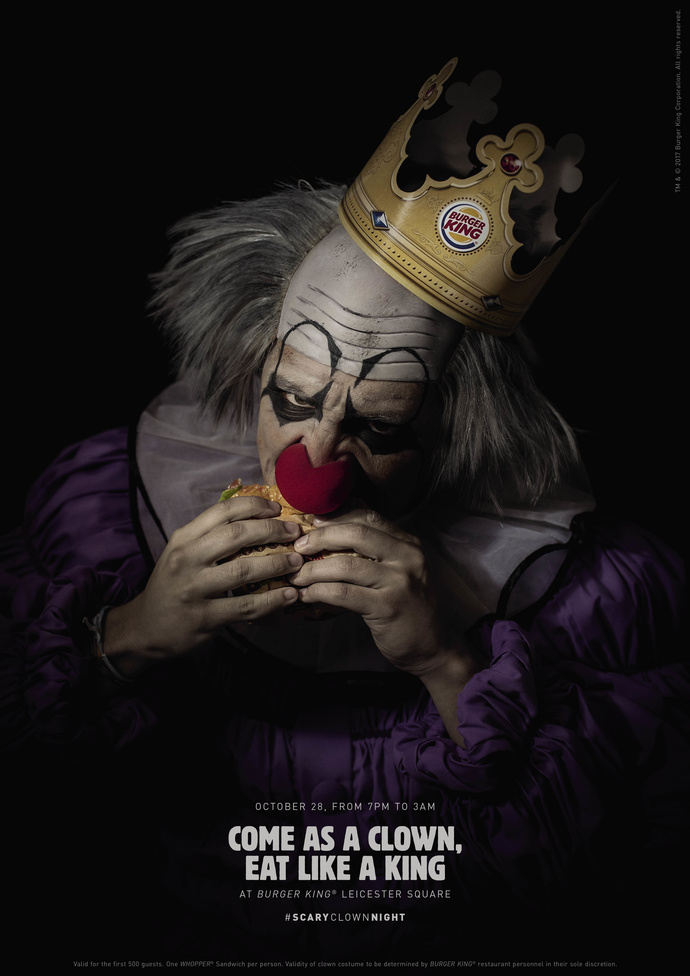 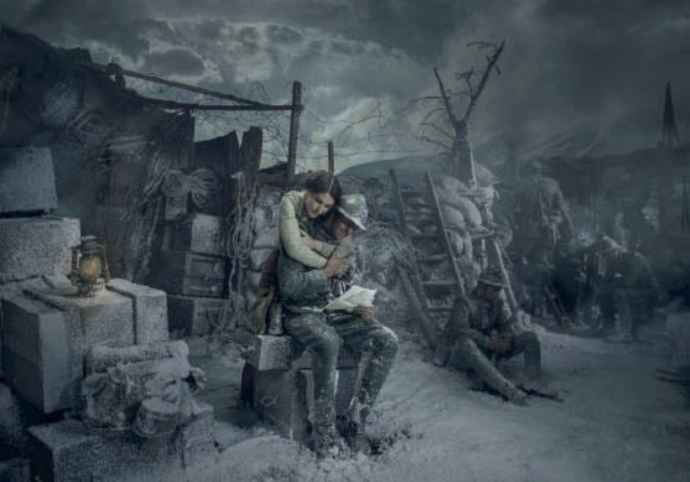 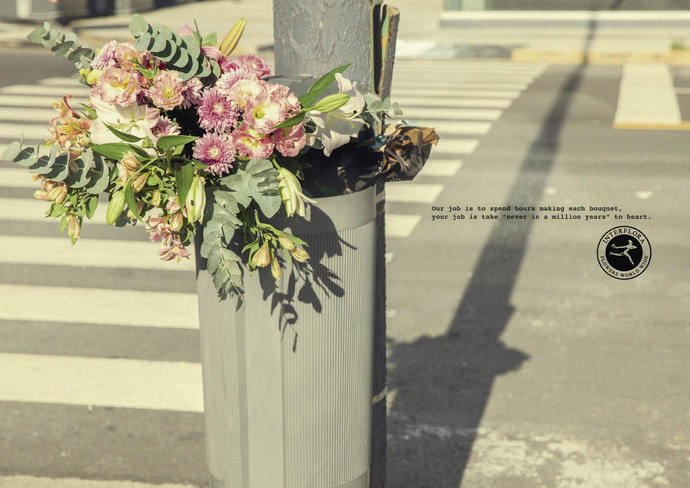 Our job is to spend hours making each bouquet, your job is take “never in a million years” to heart. Campaign for flower delivery network Interflora. Ad Agency: Tapsa/Y&R, Madrid. Published in Lürzer’s Archive Vol. 4.2016. 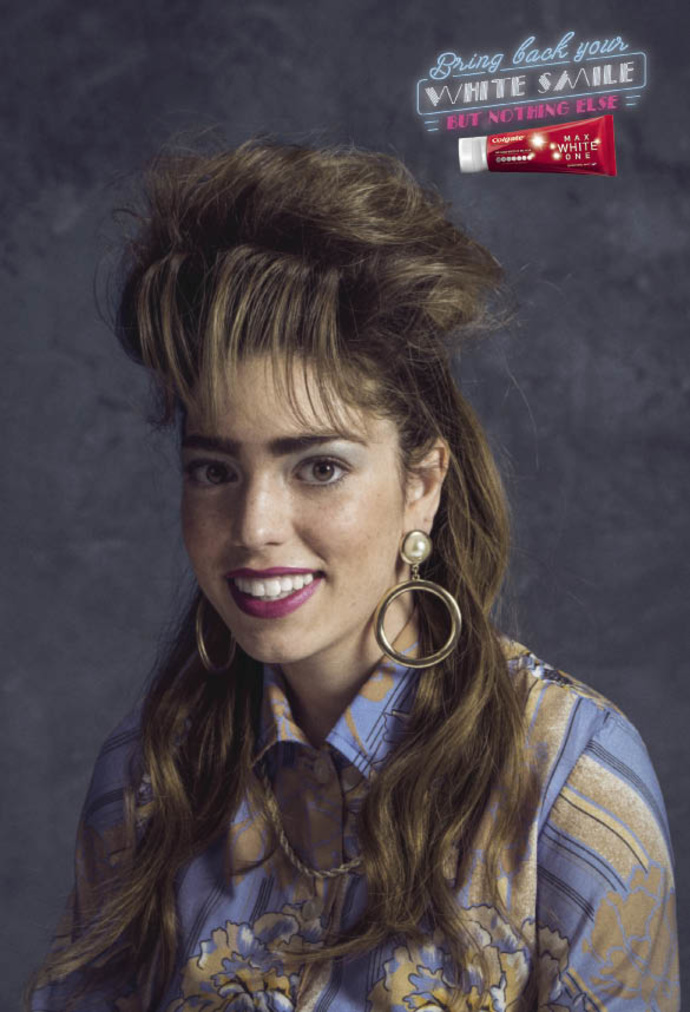 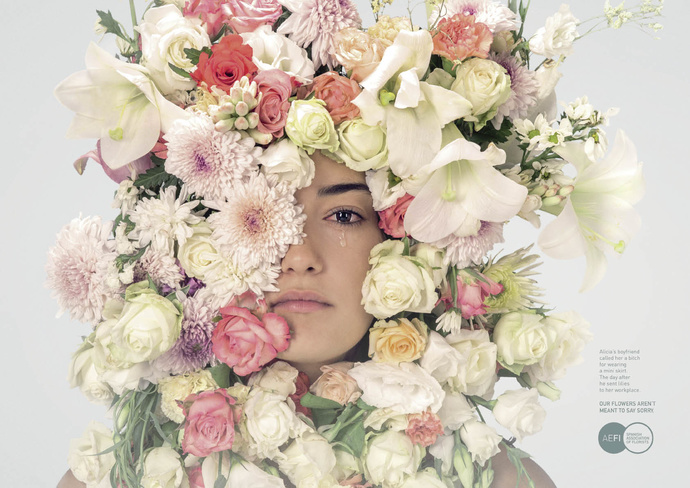 Alicia’s boyfriend called her a bitch for wearing a miniskirt. The day after, he sent lilies to her workplace. Strapline: Our flowers aren’t meant to say sorry. Ad for AEFI, the Spanish Association of Florists. Ad Agency: Young & Rubicam (Y&R), Madrid. Published in Lürzer’s Archive Vol. 3-2018. 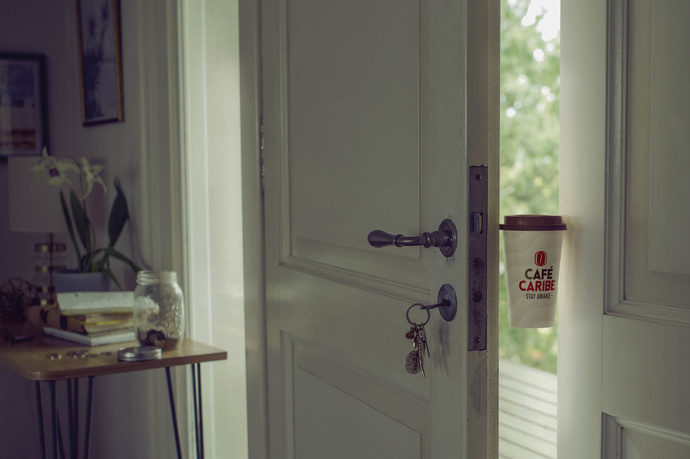