Andrew Long has been with the agency since 2017. In that time, he has become quite the star creative, particularly as a result of his work on McDonald’s UK. Michael Weinzettl talked to the creative to find out what makes him tick.

Hello Andrew, I’ve been a fan of your work for McDonald’s UK for some time now. Can you tell us a bit about yourself and about your background? When did you first become interested in advertising as a career and how did that come about?

Well, despite living in London [in the south of England] for the past 15 years, I’d say I still identify as a northerner. That’s where I’m from originally, but I have always been inspired by creativity, art and design so it was a natural progression to end up in London to pursue that.

I was obsessed with TV, the type of kid who woke up at 5am to get started and I ran home from school. So, a career in that area, in some form, was always the goal. But I’m incredibly lucky to be able to say I achieved that.
The thing that really influenced me and probably the reason why I do this job now, was probably the Internet. I grew up in the 90s and was at the perfect age for the start of the Internet generation. From the second I put the AOL free trial CD in my giant Hewlett Packard desktop and heard that weird 56k modem dial-up sound, I was hooked.
I set up businesses, ran an imaginary wrestling promotion, wrote weird fan fiction, and countless other things from the corner of my parent’s home. Somebody gave me a copy of the first Photoshop and I would just spend hours making graphics, fake adverts, posters for all my weird Internet ventures.
At the time, I probably didn’t really identify this as creativity, I was just exploring this new thing that the world had just been given access to. But looking back now, I can see that I was laying the foundation for what I do today.

Was the ad business always your first career choice?

I find a lot of people I work with in this industry, kind of discovered it or fell into it. That’s different to me, as I specifically remember making the choice. What’s great about advertising though, is it doesn’t really matter what your background is, everyone can come together to share ideas and make things.
It’s an inspiration to be surrounded by brilliant teams from different backgrounds. From creative teams to directors, photographers and other collaborators we gather around a project. That’s what makes this such a satisfying career path.

You’ve been with Leo Burnett London since 2017. What were some of the stages in your career before that?

I studied creative advertising as a degree at university and the final stage for that course was a show at the D&AD New Blood event. It was literally the first time I’d ever been to London in my life, so the whole thing was incredibly exciting. We spent time chatting with people from the industry and looking at all of the great work, and when we got back to our booth, we saw there was a post-it-note left on our stand that turned out to be from Graham Fink who was ECD at M&C Saatchi at the time. Needless to say we immediately began pestering him the next day.We were on placement for over a year, working second jobs at weekends to try and make enough to pay rent. It was tough but we learned about the power of simplicity from some absolute legends, and those lessons have stuck with us since.
Then we worked at MullenLowe with Dave Henderson and Rich Denney, and began to really focus on the importance of craft and presentation. You pick up these little nuggets that stick with you throughout your career, and I think they shape your overall creative identity.
Here at Leo’s with Chaka [Sobhani, Leo Burnett’s Chief Creative Officer], we’ve learnt so much about populism and the importance of putting an audience first, and again, that will stick with me forever.
It’s been over these past four years at Leo’s where I feel we have really begun to find our identity as creatives, and develop our own style based on the lessons we learnt over our career. We very much believe in finding simple truths that can be brought to life beautifully, no matter what the channel. Of course, we have so many ways to express our ideas now that the fun part is finding the best way to bring something to life. But it always comes back to that same principle.

What were some of the challenges you faced when you became Creative Director at McDonald’s at the time? McDonald’s in the UK is pretty much acknowledged nowadays to be one of the top clients you can have.

I’m so proud to have been made Creative Director of the McDonald’s brand, and even more proud of what has been achieved. It’s an incredible account full of brilliant people at the top of their game. The challenge with a brand of this scale, with a heritage of such great creative, is always in trying to raise an already high standard. The most successful awards year in McDonald’s history was 2021, including Gold Cannes Lions and D&AD Pencils, but of course we’re already thinking about how we can improve on that next year.

Back at M&C Saatchi, in 2007 you did an interesting campaign for CBRE real estate, the typography of which I’ve seen copied a lot since then, especially here in Germany. They say imitation is the sincerest form of flattery but were you even aware of this at the time?

That campaign is a long time ago for us now, but I remember because it was one of the first pieces of work we ever made that felt truly exciting, and since we’ve always had a love of great outdoor advertising to this day. I had seen some of the copies, but absolutely found it complimentary. I’m sure some of them were even crafted a little better than ours to be fair!

How did the COVID pandemic impact your work and have things returned to normal by now?

We have an amazing team at Leo’s and a brilliant relationship with our clients, so it really never became a problem at all, beyond all the usual IT fails and shouting at people to turn off ‘Mute’. It’s a testament to everyone at the agency how well we were able to perform during that difficult time.

What are some of the campaigns you created over the course of your career that you’re proudest of?

I’m honestly proud of every piece of work we make, especially in the role of Creative Director, as it represents a great coming together of people and creativity.
But recent highlights on McDonald’s include the #ReindeerReady campaign which is now entering its fifth year and something we’re incredibly proud of. It’s a platform based on the simplest of ideas, renaming McDonald’s carrot sticks ‘Reindeer Treats’ over the Christmas period. It turned the least popular menu item into a beloved festive ritual and has seen five years of great creative work, including recent films ‘Inner Child’ and ‘Imaginary Iggy’ this Christmas.
Another highlight was the ‘Lights On’ campaign, an outdoor series we created during the pandemic at the start of the year. It was beautiful, optimistic but brutally simple. That piece went on to win a Gold at Cannes Lions and a Wood Pencil at D&AD, but we knew we had something special as soon as it went live. The number of comments, shares, and people posting the work themselves online was truly viral and showed us that despite all the new ways we can advertise, there’s still a joy and love of great craft. We’ve always been influenced by great design and minimalism. To manage to create a piece of work so stripped back for our biggest client was a special moment for us in our career.

What to you are some of the obstacles to creativity, especially in the ad business?

I think any obstacle can be overcome through honesty and a shared passion for making something great. But that needs everyone involved to be all in, which is something we’re incredibly fortunate with on McDonald’s.

Where do you find inspiration for your work?

Somebody once described inspiration to me like a cupboard you want to cram full of stuff and then walk away from. The world we live in now is packed full of inspiration in both the digital and physical space. I’m still obsessed with TV, but now also obsessed with social media, video games, books, films, furniture, pretty much everything in fact. The real challenge to unlocking inspiration is finding those moments to walk away from the cupboard and let it all sink in. A walk. A shower. 10 minutes without picking up your phone. That’s when inspiration normally hits you. 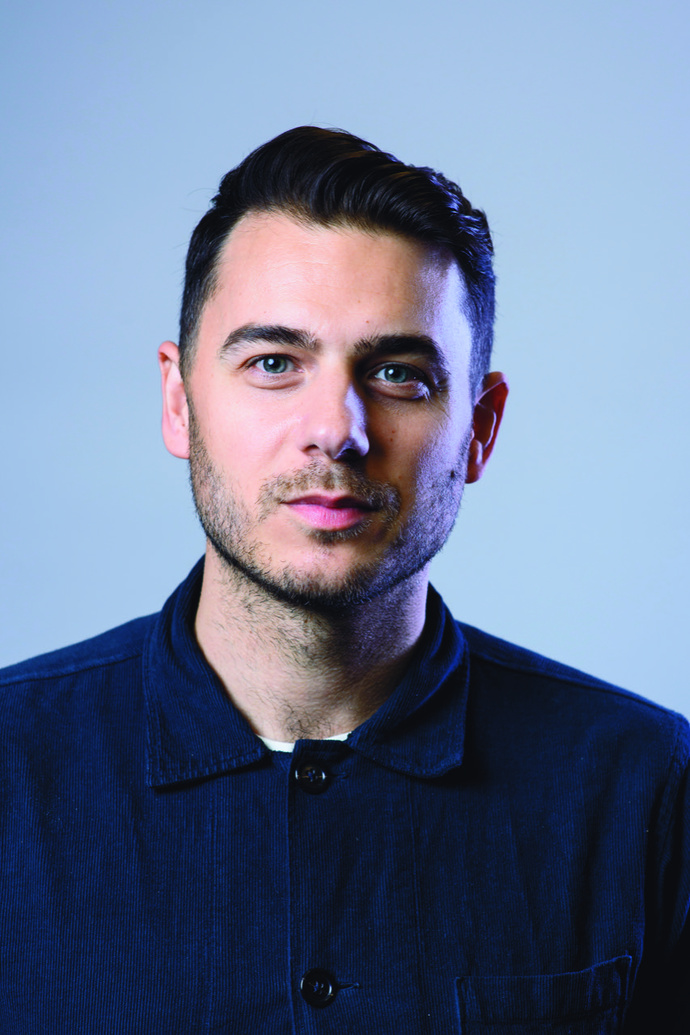 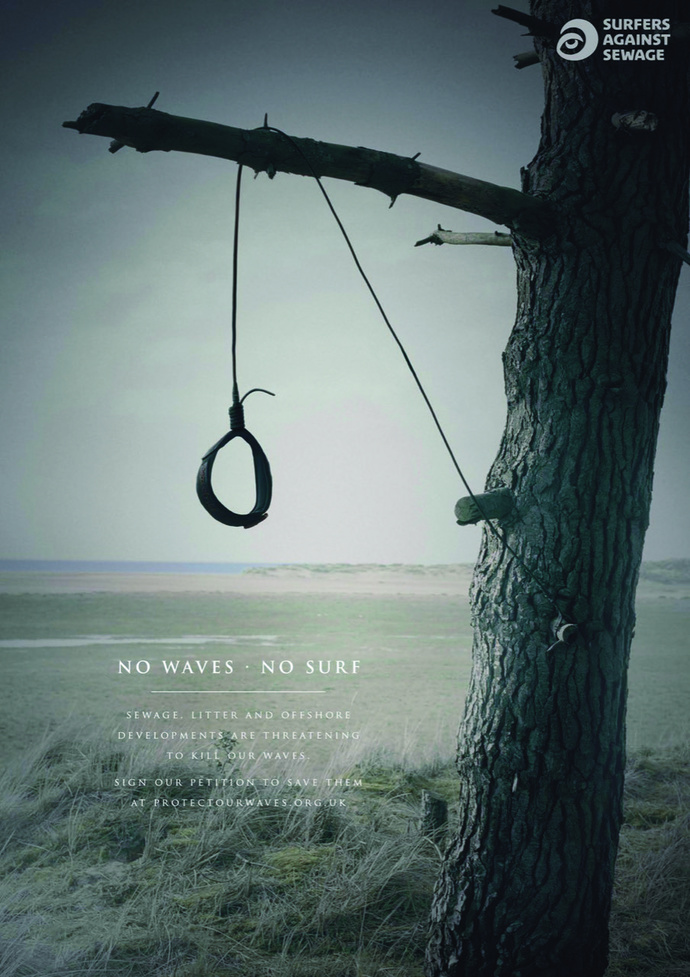 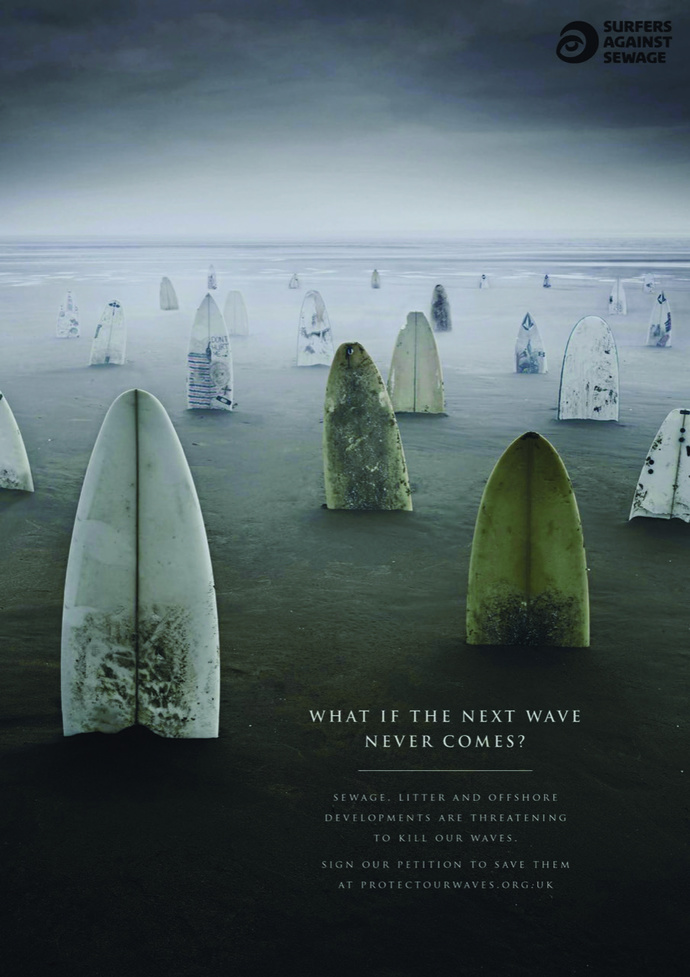 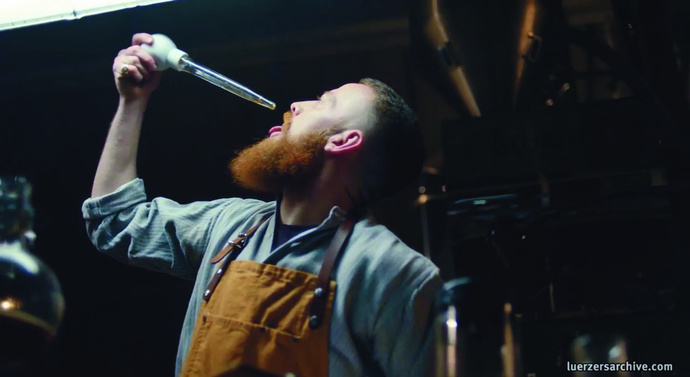 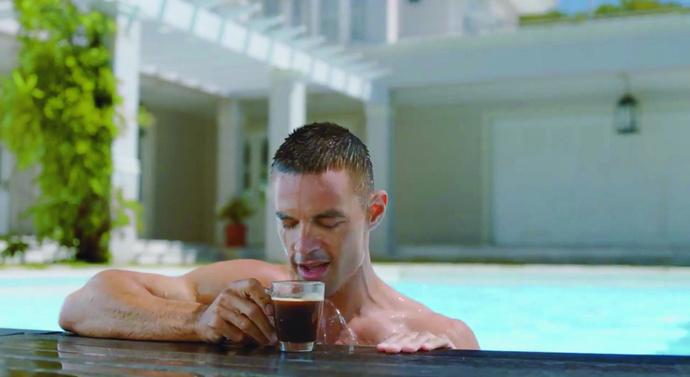 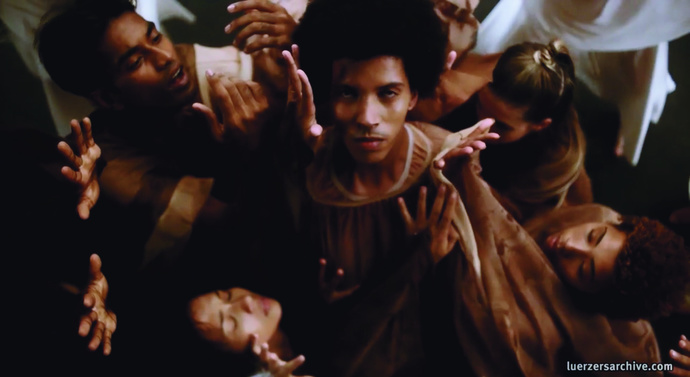 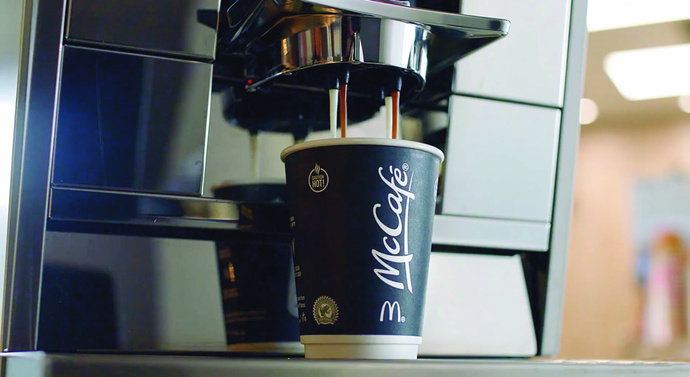 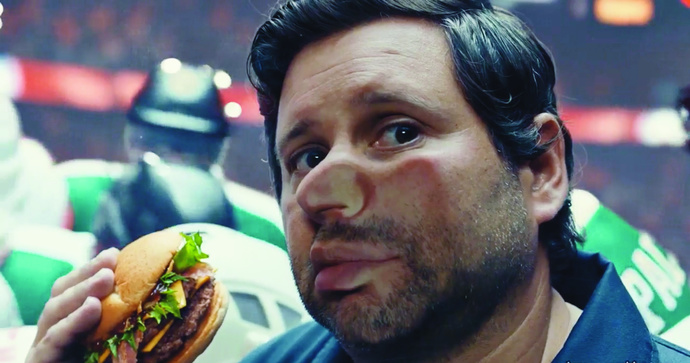 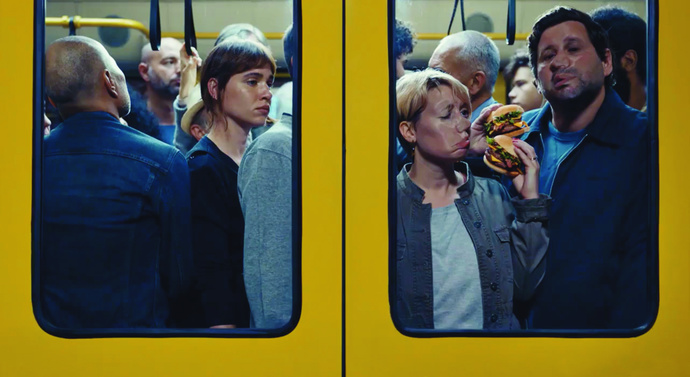 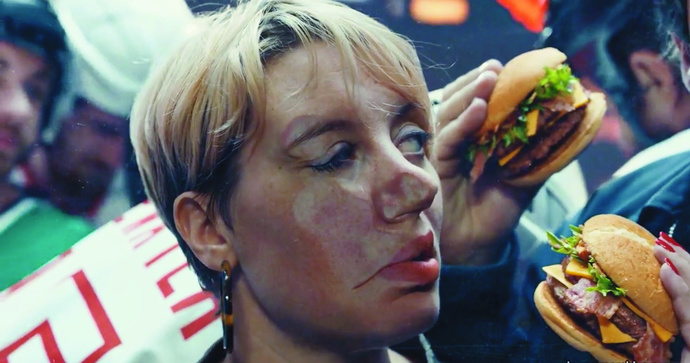 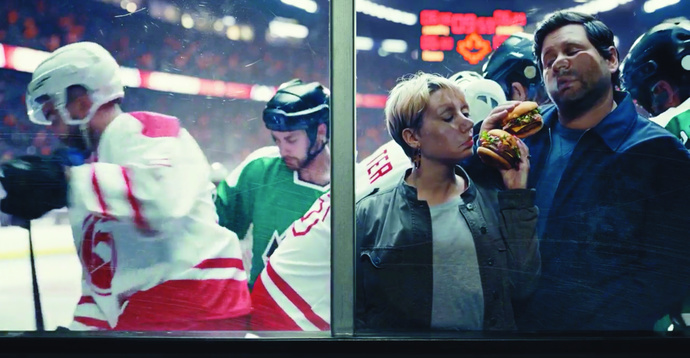 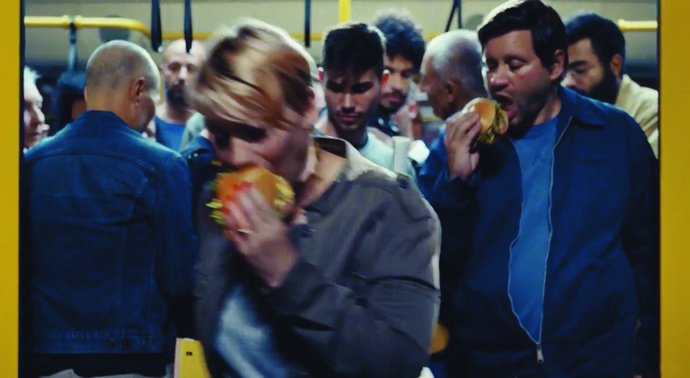 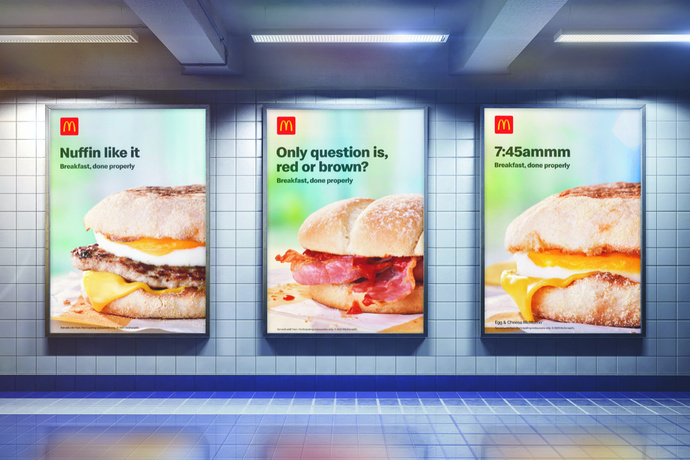 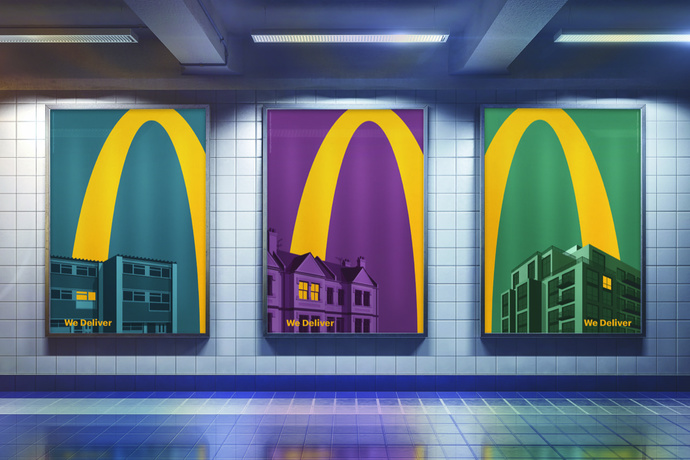 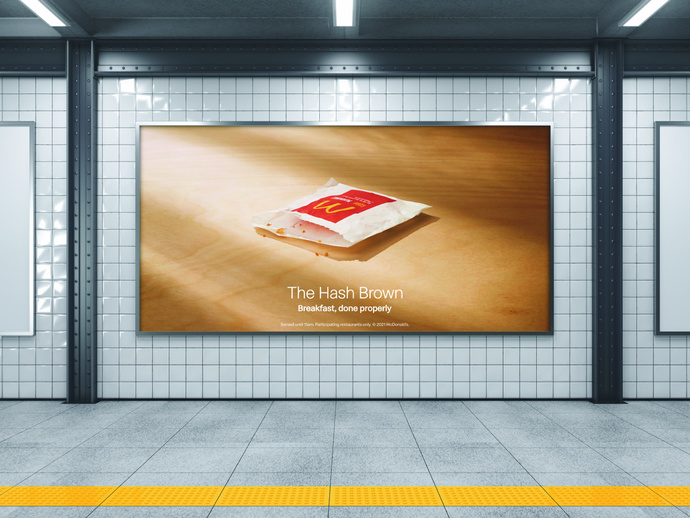