Kate Stanners is Global Chief Creative Officer at Saatchi & Saatchi. Since joining in 2005, she and her partners have enjoyed developing the agency into one that has the depth and breadth of talent to create multi-platform ideas for both local and global clients. Creative highs have come in the form of awarded work for Carlsberg, Visa, Toyota, Guinness, Kerry Foods, HSBC, EE and T-Mobile.

The fundamentals are the same.

Before arriving at Saatchi & Saatchi, Kate was Vice Chairman and Creative Director at St Luke’s, which she joined in 1995. Within two years at St Luke’s, the agency had amassed prolific new business wins including Clarks Shoes, Sky, IPC, COI, Boots and Eurostar, and an impressive body of work resulting in the agency being named Campaign’s Agency of the Year. Michael Weinzettl queried the top creative, who is also the current President of D&AD, about her long and illustrious career.

Hello Kate, you started your career at GGT under Dave Trott’s creative leadership. Can you tell us a bit about these years, when you created your first award-winning campaigns?
GGT was an amazing place to work, and Dave Trott an incredible creative leader. We worked hard; late nights and early mornings … sounds like hell but it was brilliant. We would sometimes be working on five briefs at once. Reviews with Dave could happen five times in a day. Seven years there was like 27 years anywhere else. We probably produced a career’s worth of work and learnt so much. Dave is an incredible thinker, he really taught us to be planners and we made work with great people. Access credit cards with Nick Park from Aardman, Flake with Nick Lewin, Cadbury’s Crème Eggs with Ronald Searle, Holsten Pils with John Lloyd and Paul Weiland, Nurofen with Barney Edwards … and so it goes on.

Was a career in advertising something you had envisioned for yourself from an early age?
I had never intended to do advertising, because my Dad was a Creative Director at Leo Burnett, and I didn’t want to be compared to him. But I was at art college in Liverpool and my soon-to-be copywriter partner, Carol Thompson, convinced me to accompany her on a work placement to BBH … and I was hooked.

What are some of the major differences between advertising then and now?
Advertising has changed, of course it has, but the fundamentals are the same. At GGT we set out to make work that got talked about; in the playground, in the pub or in The Sun (newspaper), and that was what we did. Today that is a PR approach, an earned media approach, a social campaign. Same, but different. And we learnt craft, from amazing writers, typographers, illustrators, and photographers. We were given the best partners, Tim Hearn, my copywriter partner, and I were put under the watchful eye of Di Croll, an incredible producer, who showed us how it should be done, and we worked with great production companies and directors. All of that is as valuable now as it was then. Craft is the magic that we can bring to tell our stories in the most seductive way.
We also had media in-house, which was a powerful union, one that is often hard to replicate, but one that should be constantly encouraged. Media and creative, the marrying of idea and context is essential.

Who were your role models or people you looked up to in these early years?
I had great role models; Laurie Fay was my graphics teacher at school, Tony Daffern, my tutor at Liverpool, was a real force of nature. Dave Trott. David Abrahams at St Lukes, from whom I learnt so much about applying ideas to business, and of course my Dad. He was the smartest man, very funny, a great writer, and a massive supporter of young talent. He started so many careers. There were few women, but Barbara Noakes and Suzy Henry were very present and showed me that it was possible for women to be great creatives and creative directors.
Rosie Arnold and her partner Kiki Kendrick, gave Carol and I our first taste of advertising. The fact that they were a female creative team was incredibly empowering, it made it seem totally normal and it was only later that we realised we were a weird and rare partnership.
In fact, I remember that introduction into BBH being so important that we have replicated it at Saatchi & Saatchi London, we have an incredibly talented all female team who look after our work placements … and guess what … our last three hires have all been young women teams.

How did creative departments at the time you started out differ from today’s?
Creative departments were intimidating. They were very male, very competitive and a lot of big personalities. I remember Jim Kelly, the MD of GGT at the time when we joined; he said “Welcome to the shark pool, remember to keep moving or you’ll die.”
We did, we thrived and, yes, we loved it. But that wasn’t for everyone.
I am a real believer in creating the right environment, a culture where creatives feel safe to experiment, to fail and to be brave. It is only then that they will collaborate and make their best work. Agencies are more open now, there are more women, but not enough, particularly in senior creative roles. We are not diverse enough. We have to find ways to encourage young creative talent people from different communities. We can only stay relevant if we have more diverse creators and makers.

You joined the creative powerhouse St. Luke’s in the mid-90s and became Creative Director and Vice Chairman. What was that like?
St Luke’s was a wonderful experiment. It was an open, hot desk office, with a diverse array of talent. We all worked together, we made our own rules, we co-owned our own agency and we did what we thought was right. We didn’t ever enter awards, rather we concentrated on making the right work for our clients.
The result was we made great work.
We were hired by New Labour to help deliver a new voice. We were part of the Dot Com boom and bust. We rode it and we loved it. We made massive mistakes, but we learnt. We were a bunch of young people at a moment in time making the work of their lives, on accounts like Ikea, Eurostar, Government, Sky, Midland Bank, BBC Radio One, Clarks Shoes, Boots … the list goes on … and I met my husband.

What were the main challenges you faced when joining Saatchi & Saatchi in 2005?
When I was hired to be the ECD of Saatchi & Saatchi London, I was asked to change the agency as well as the work. Coming from St Luke’s my first instinct was to knock down all the office walls…but I was told it was too expensive. So, I knocked down the virtual walls, integrating design, mobile, digital and more, and set about changing the style of work. Visa became entertainment, Carlsberg did their first long form content. T-Mobile did a flash mob in Liverpool Street Station that really changed how we approached work. We realised we could make rich, “PR-able” content that would work across all channels. Over the last 10 years we have continued to make exciting award winning work for T-Mobile, from a sing-a-long in Trafalgar Square, to a pop promo for Katy Perry, a Royal wedding spoof, we launched a game to help collect data to understand dementia, made Magenta a media channel with the Magenta Lenz, and most recently we created Connected Underpants, that help you reconnect with your partner. All of which I am immensely proud of. Today we work with incredible clients from HSBC to Direct Line, EE and BT, Britvic, Kerry and many more. We still tell brand stories but we do it in new ways, using emerging platforms and technologies, creating experiences and innovations, but sometimes … just sometimes … we make a beautiful, wonderful, magical TV spot.

You’re D&AD President for 2019/20. What has D&AD meant for you as a creative leader and what are are some of the goals you want to achieve during your one-year presidency?
This year I am really proud to be President of D&AD. As an organisation it supports the creative community by celebrating, stimulating and enabling. Many know D&AD because of the Yellow Pencil handed out at the awards, and it really is the pinnacle of any creative’s career to be recognised with one of these coveted awards. It’s often seen as the Creatives award – for creatives by creatives. The Impact Awards are a powerful statement of intent to our business and what it can achieve when creativity is applied to make positive change, ultimately our industry will do well by doing good.
What people are less aware of is the work that is done to encourage the next generation of talent. That is what I am passionate about. New Blood supports young talent, and the festival and awards give them a platform to showcase that talent to the industry. Masterclasses provide invaluable insight from industry practitioners to people at various stages of their careers. Then there is Shift, a program designed to encourage a more diverse pool of creative talent into the design and advertising industries. It’s for people that have not been encouraged to see their creative talent as a credible career path, people who were unaware of their own potential, people who have not been to college or university. As an industry we need more diversity to ensure we are truly creative, and relevant. I do believe creativity is the super power of the future, and it is our job to ensure that creative potential is realised not lost. 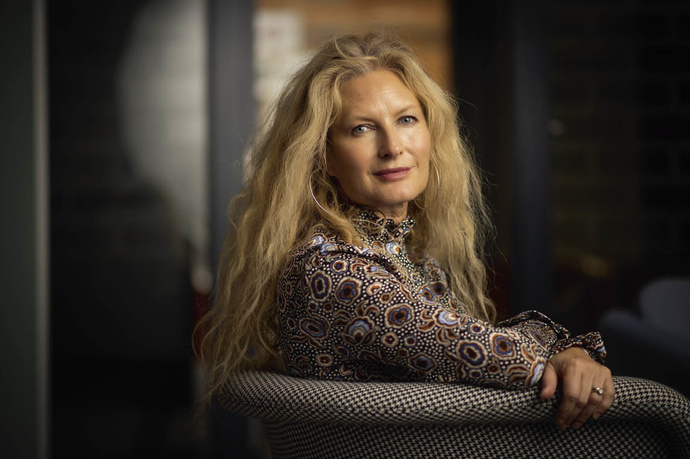 Britvic/Robinsons “Start Of The Week”, an entertaining campaign promoting the fruit cordial’s second range of products created especially for grownups (Lürzer’s Archive 3-2018). Kate Stanners worked as creative director on this and all work shown on the following pages. 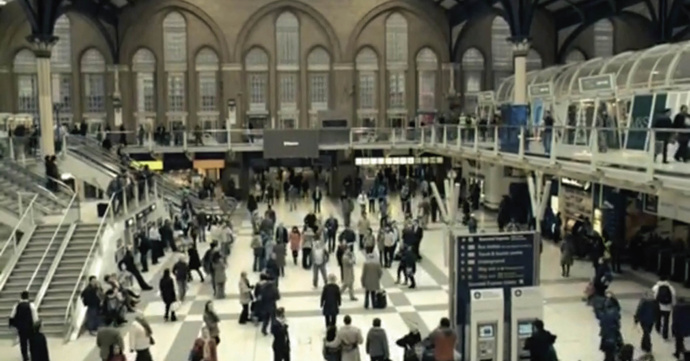 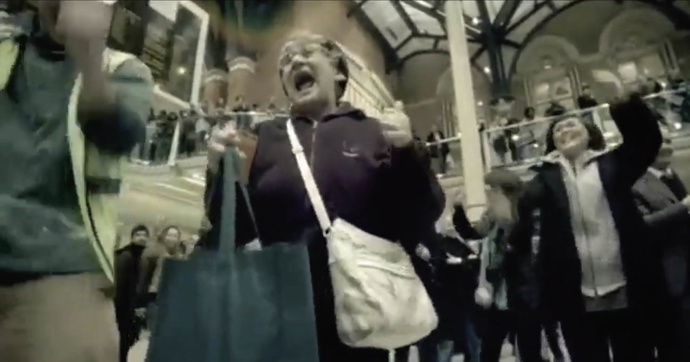 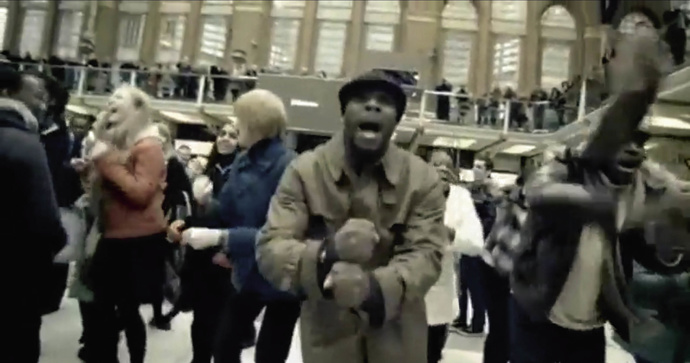 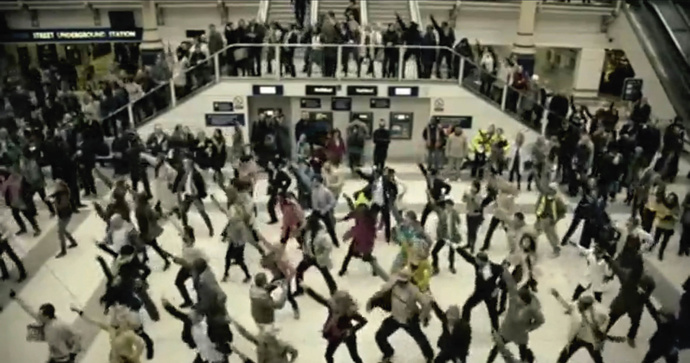 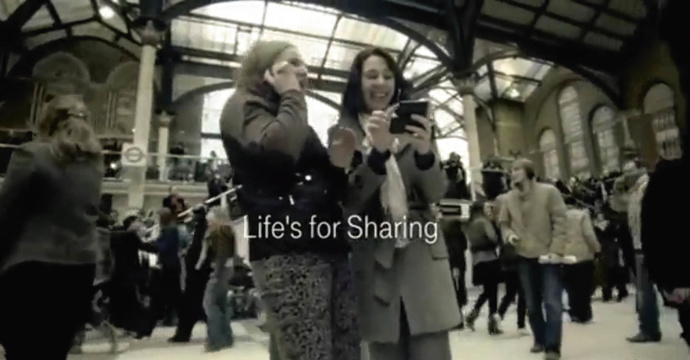 With “Dance“ for T-Mobile, Saatchi & Saatchi London borrowed from the ‘flash mobbing’ phenomenon, which brings together groups of people to stage seemingly spontaneous events in public places. (Lürzer’s Archive 2-2009). 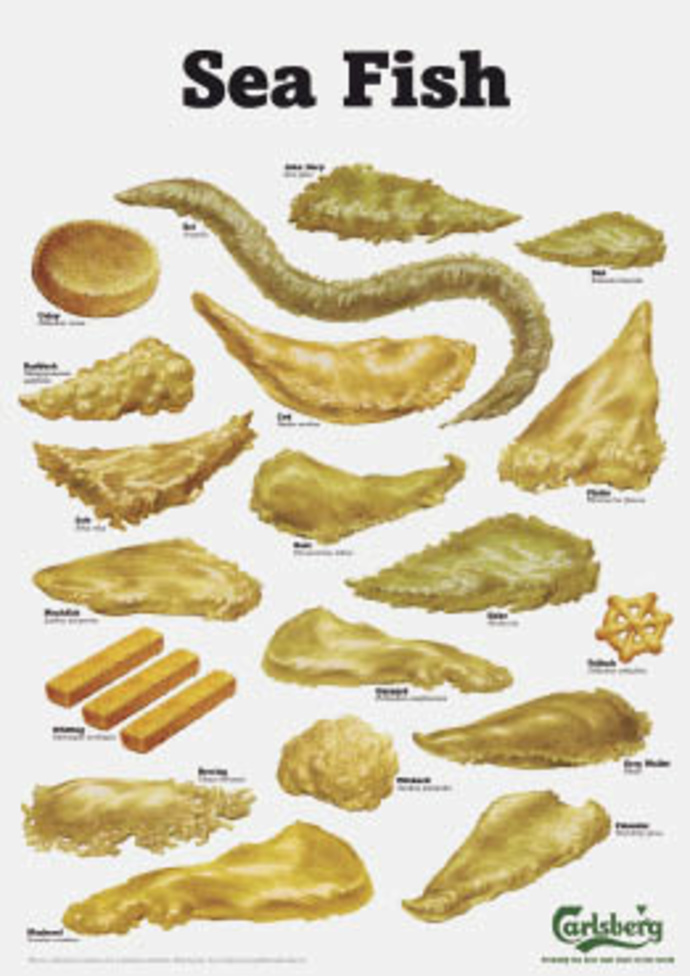 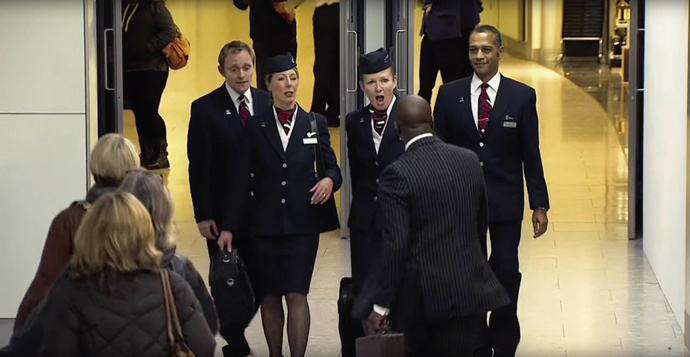 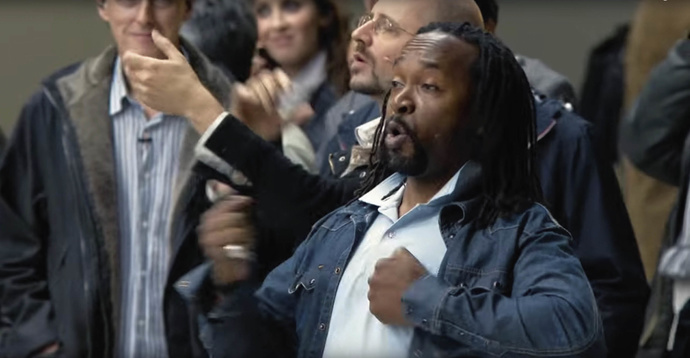 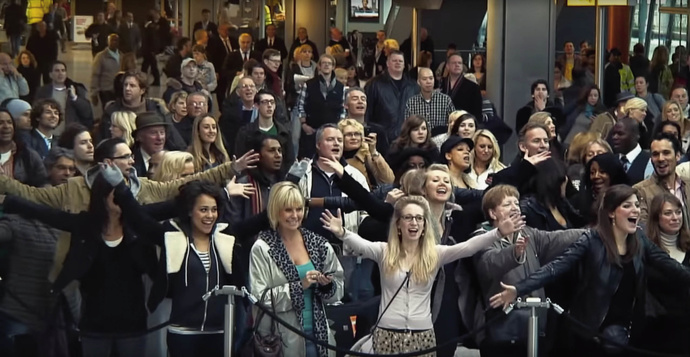 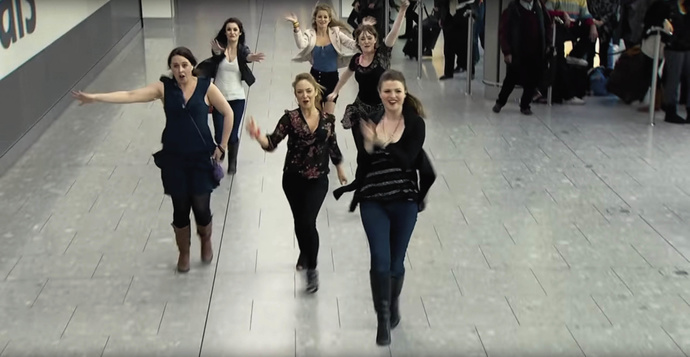 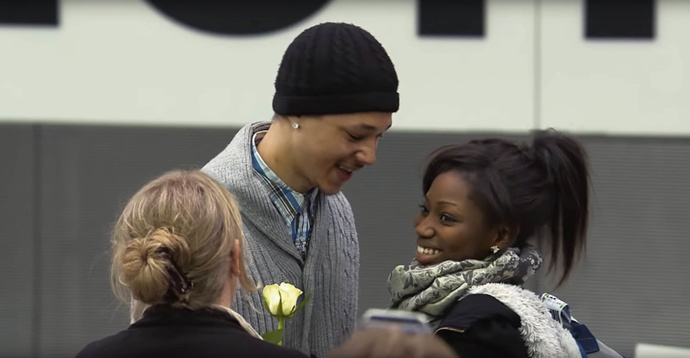 “Welcome Home“ is the name of this musical T-Mobile flash mob at London’s Heathrow Airport, where returning passengers were regaled with a surprise serenade (Lürzer’s Archive 1-2011). 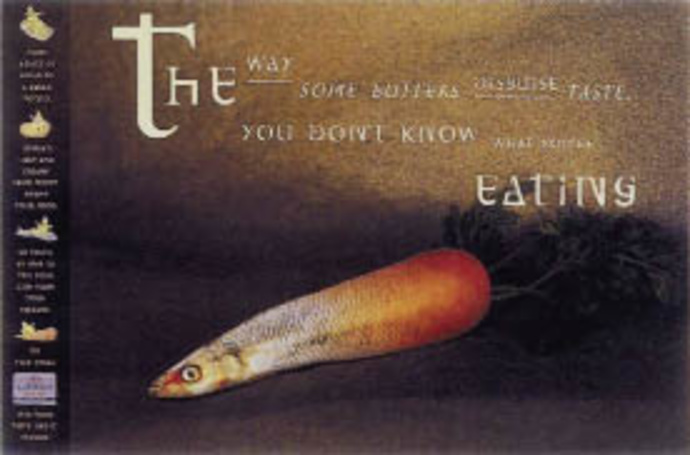 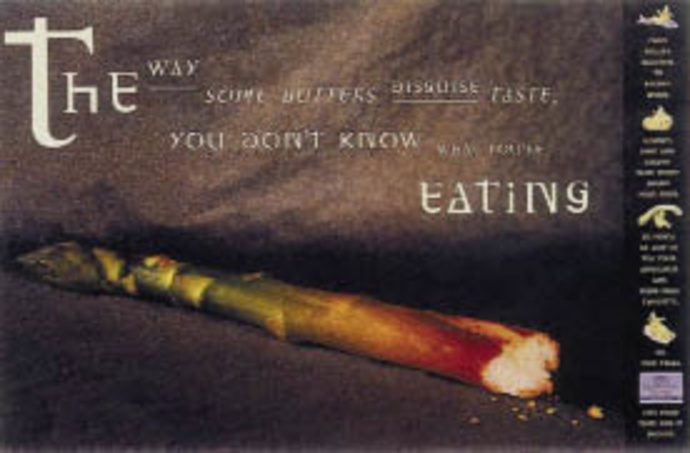 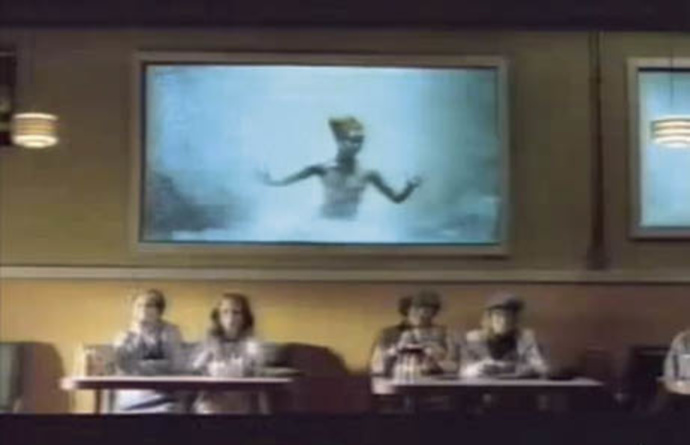 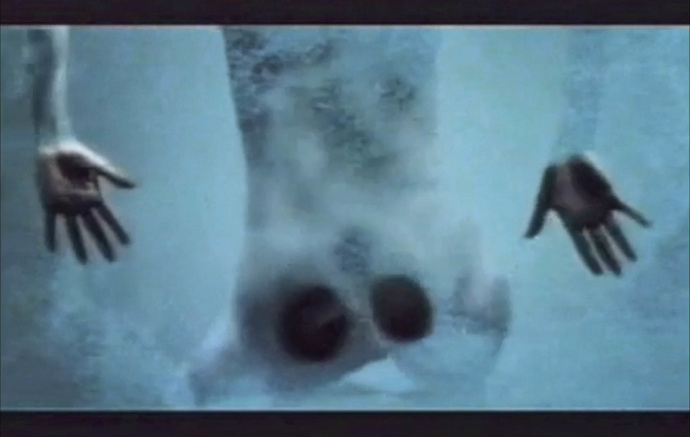 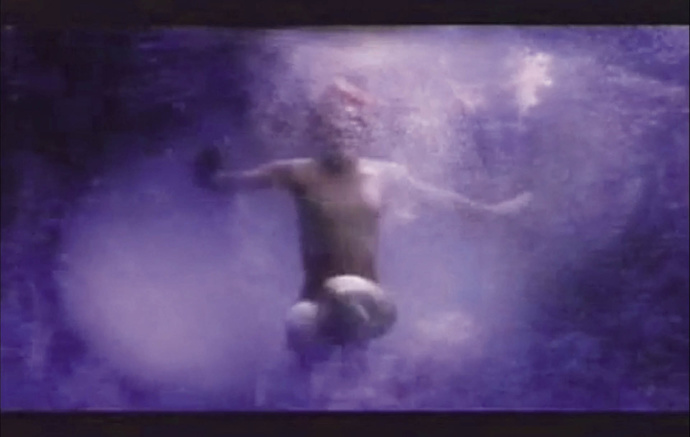 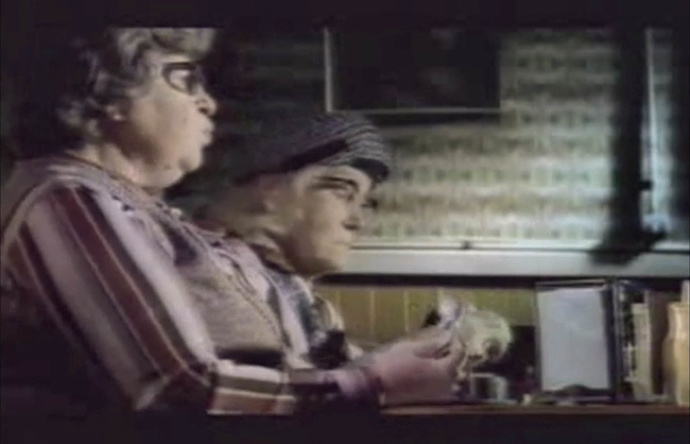 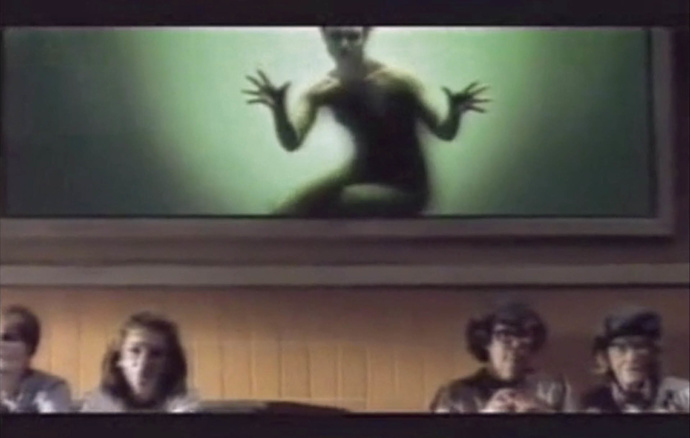 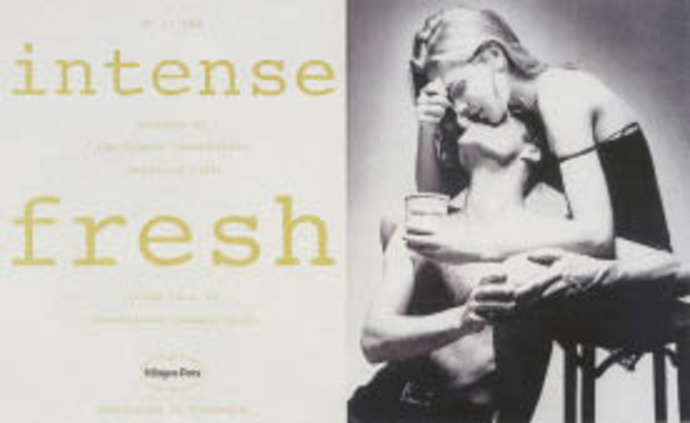 It is the intense flavour of the finest ingredients combined with fresh cream that is essentially Häagen-Dazs. Ad from a campaign from Pirata BBH (Lürzer’s Archive 5-1991).