Lürzer’s Archive Special Agent Charlotte Bufler talked to one of the industry’s leading creatives and an important voice representing women. Among the accolades she has received are Ad Age’s “100 Most Influential Women,” Business Insider’s “Most Creative Women in Advertising,” and an induction into the AAF Hall of Achievement. She was also named Matrix honoree by New York Women in Communications.

The world’s most important economy is sort of expecting “four more years.” How does Trump influence the creative industry? Is he just a nightmare for America? Or is he the kind of push the creative industry needs? “Forcing” creative ideas to deal with the situation (as, say, in the case of Nike with Colin Kaepernick)?
We are a complex society blessed with freedom of speech and freedom of thought. As marketers, now more than ever, we must understand and identify with the values of the brands we work for. Those values will tell us how to act in these very emotional and divided times.

Ideas have the power to promote these values. Do you feel a responsibility for America’s creative industry to help shape society?
It’s important not only to believe that creativity can change the world, but also to take this thought further. Creativity can change the world for the better – but it can also be damaging. Some of the most creative, provocative ideas are polarizing. That is why it is so important to understand a brand’s values and purpose. They give you confidence in your provocations and discourage you from making passive decisions that lead to invisible work. I don’t believe showing happy people in messaging is a problem. In fact, it’s good to have some balance out there. During the Great Depression, music became a way to lift people up. Entertainment became an antidote for a dire moment in our history. Creative communications often hold a mirror up to what is going on, but these ideas can also be about dreaming of where we want to go as individuals and a society.

Does it influence your work at FCB HQ in NYC when the leader of American society presents himself as a pussy grabber?
Our CEO, Carter Murray, has a very strong personal code of ethics. He is one of the main reasons I joined FCB. He is a self-declared feminist who grew up watching his mom build a tremendous company. Long before the 2016 U.S. presidential election, he made it known through his actions that he had – and has – zero tolerance for sexual harassment in the workplace. In the past few years, I have paid more attention to my micro-actions and casual conversations with people. When I see behavior in this country that is born out of either disregard for others or outright hatred, it makes me want to be a more conscientious and empathetic human being.

Is it possible that a phenomenon like Trump-think even “helps” movements like the gender debate? Will society change?
We are in a moment where more women are using their voices. For too long, too many women have felt disempowered – and even worse. It’s important, now that we have the “microphone,” to use it responsibly and to create meaningful change. We need to define the industry we want to work in and the one we want to leave behind to the next generation. Then we need to work together – empathetically and practically – to make sure that’s the industry we actually build.

Are most women just too shy? You are not shy, are you?
Most people are shy, I have found. When I talk about being shy, most people are at first dumbfounded. You? Shy? Yes, I am shy. Have been all my life. The second reaction? Many of them confess they are shy, too. It’s not about being shy; it’s about being able to push through that shyness. What I have realized the past few years is that diversity is not just about hiring diverse talent; it’s about embracing and celebrating that diverse talent. Too often, we want diverse talent to fit into a current culture, to assimilate. I believe this is what has held women back. We were so busy assimilating, we never found our authentic voice and confidence in that voice. I hope we are on our way today.

When I saw the famous Fearless Girl from McCann, New York (Lürzer’s Archive 4-2017), I was watching this scene: Hundreds of people standing in line. To be pictured with the Bull. Fearless Girl got zero attention – neither men nor women seemed to even notice. Are we a part of the problem?
Fearless Girl made millions of impressions in social media. More people in my feed have posted pictures of themselves with her than the Bull. I guess in my micro-universe, I attract progressive citizens. My gut would say that the Bull attracts tourists because it has been a NYC attraction for 30 years. I’m not sure people getting their picture taken with the Bull are saying anything terribly political. They are just capturing “a NYC icon.” I am sorry that Fearless Girl has been moved. I believe she had a chance of making this NYC destination a more interesting conversation piece for future generations.

It was not a quote that brought you here. What was it?
When I look back on my career and ask how I got here, there are key moments that stand out. I decided working at a great agency was more important than the job I was given. As a floating receptionist, I became a sponge. I watched how the agency worked. And I watched who succeeded at the agency. I turned that great agency into my own private university. Every job I was given I took seriously. And I followed the advice of many successful people: If you work hard, you’ll go far. I also believe great careers are never finished. I have always remained open to possibilities. And I have never once thought: “I’ve got this!” I believe there is always room to grow, to be better, to progress. I have focused the last few years on trying to be a generous leader. It is challenging, but also incredibly rewarding.

To really shape the future, we need to change today. This open letter warns that AI will maintain, or even exacerbate, the status quo. Is AI more dangerous than men?
AI is far more dangerous than most human beings. We cannot compete with AI’s ability to learn and know more than we know. But I have always believed that we could compete on what happens when humanity is applied to that knowledge. However, I’m not sure about this anymore. I was at Web Summit this past fall. Ben Goertzel of Hanson Robotics was showing how Sofia The Robot is evolving. She is learning emotions these days. My stance on AI until I saw Sofia was that AI was dangerous because all decisions would be rational, with no emotional nuance added. But this could change based on what I saw onstage. Goertzel then introduced Han, a male robot. Han declared with utmost certainty that AI will outlive the human race. That was frightening.

Will the industry be fronted by a new generation of women? When?
I believe women are playing a much stronger role in this industry today. I don’t see our voice fading in the future. It was much harder to sustain the success of women decades ago, when we were being asked to be “one of the boys.” If women are encouraged to bring their femaleness to the workplace, I believe more women will not only be successful but also will be more committed and passionate about their careers.

Do you use negative energy (like that against women à la Trump) as just what it is: As energy? To create?
Negative energy exhausts me. Some people do get riled up, energized by negative forces. Unfortunately, I become sad. The thought of having to spend so much energy balancing out bad behavior versus making something good even better depresses me. I feel blessed to have been given a life on this earth. To walk this incredible planet for a handful of decades. I see more good than bad. More beautiful than ugly. A celebration of that is what pushes me creatively. 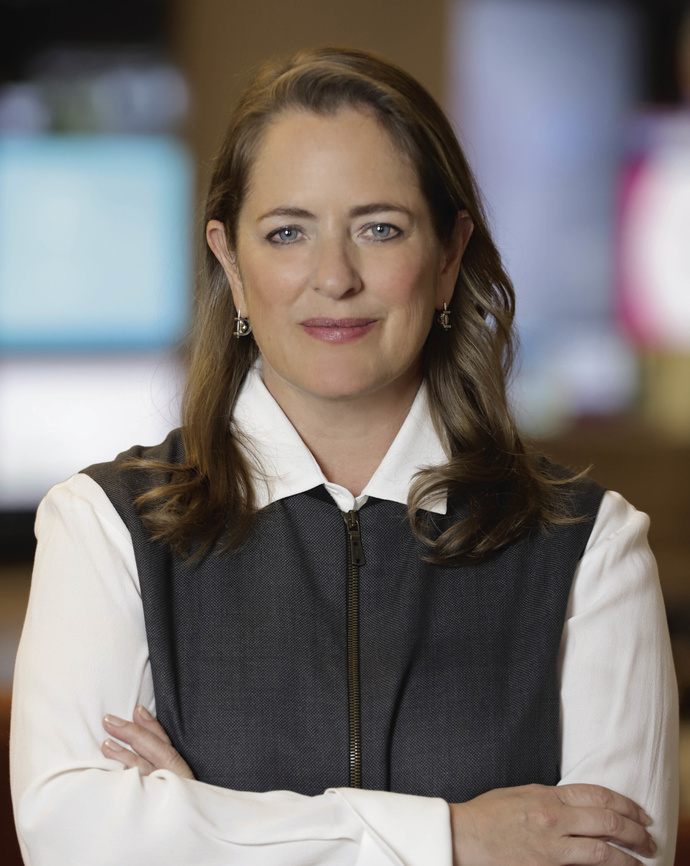 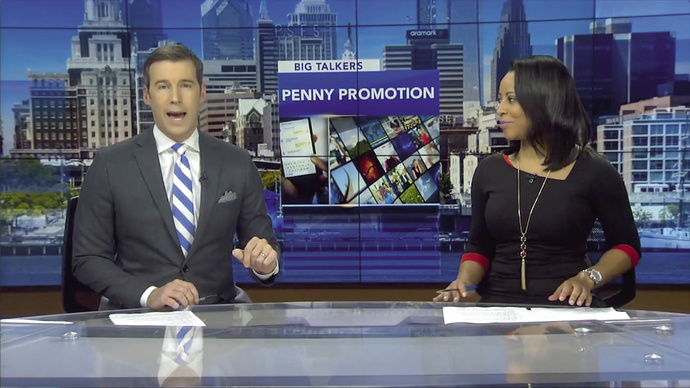 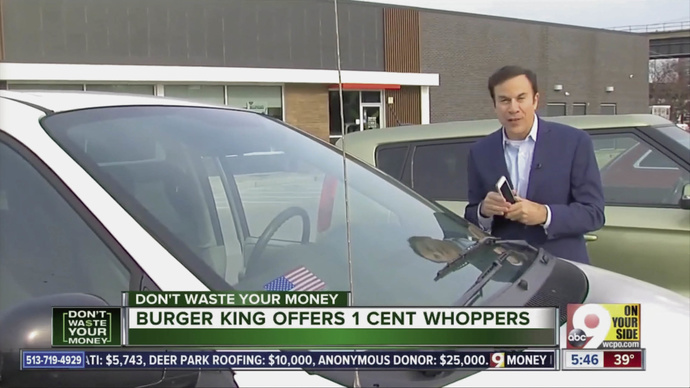 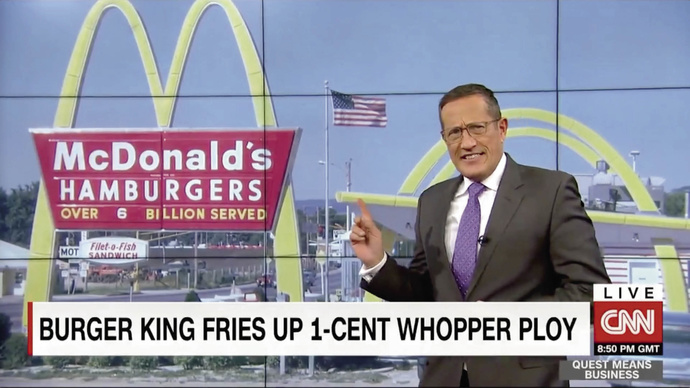 Stills from a video about Burger King’s “The Whopper Detour”, which was very successful in the US. Burger King offered customers a Whopper burger for 1 cent if they downloaded the Burger King app within 600 feet of a Mcdonald’s. This led to the app jumping from 686th to first place on both Apple and Android stores. 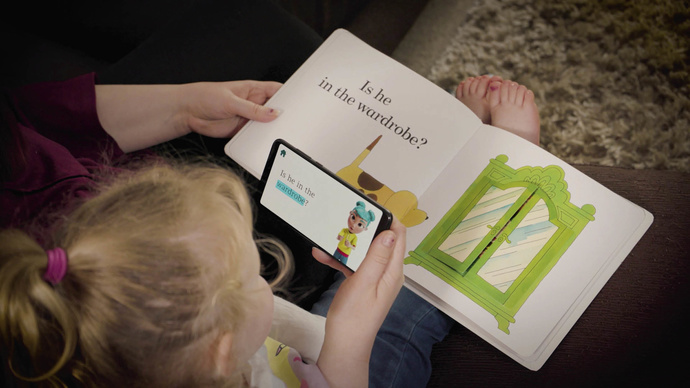 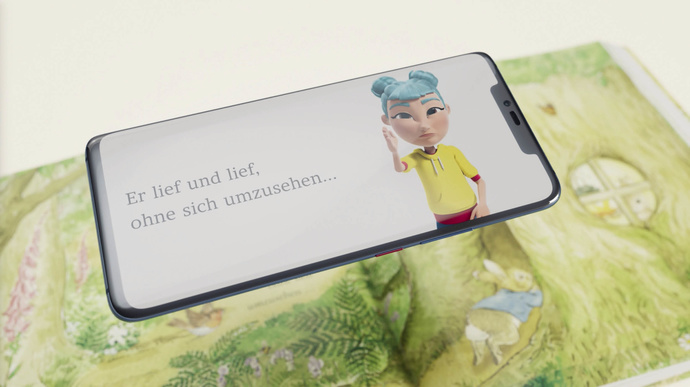 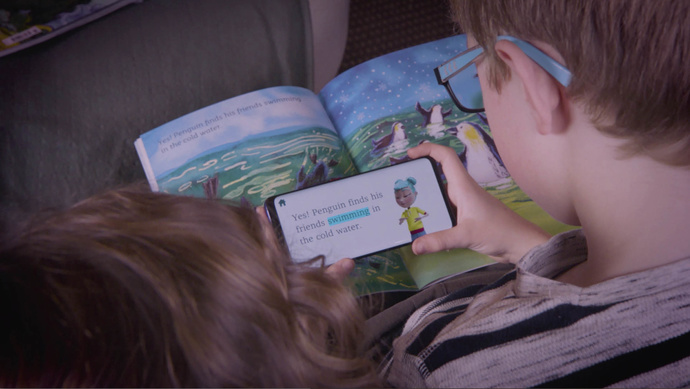 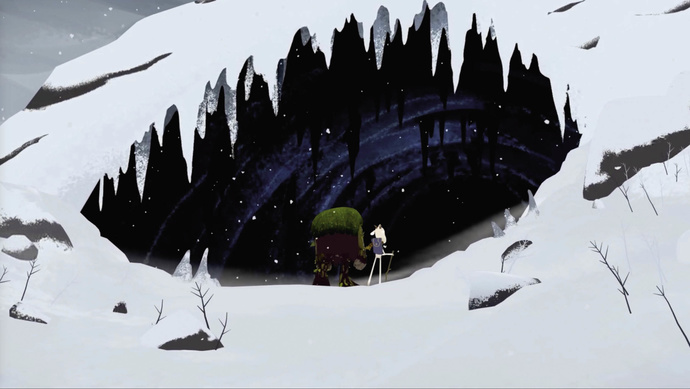 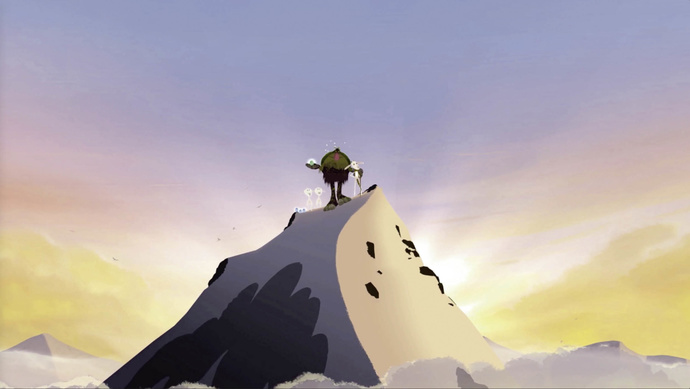 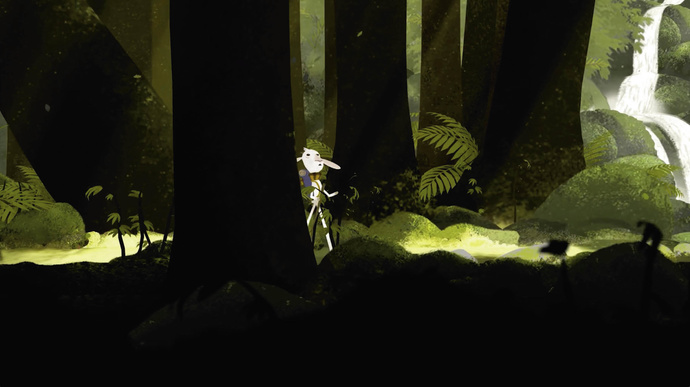 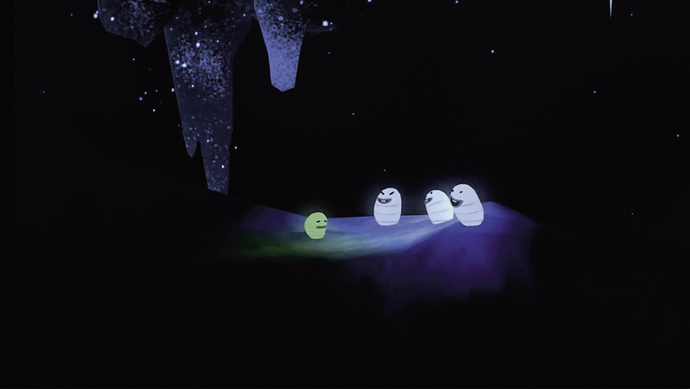 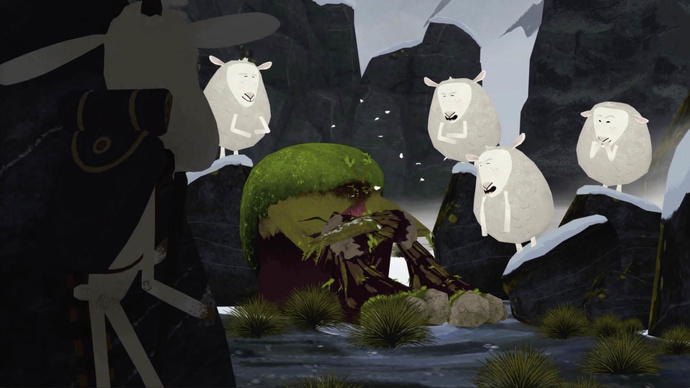 Anti-bullying campaign by the New Zealand Ministry of Education. 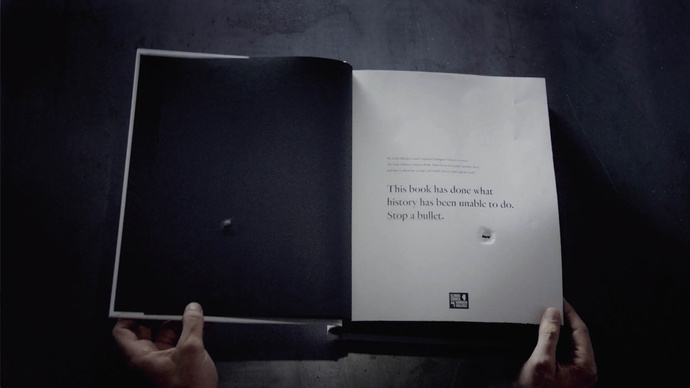 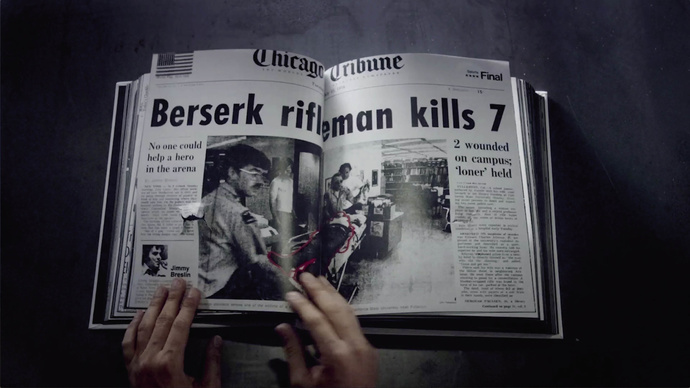 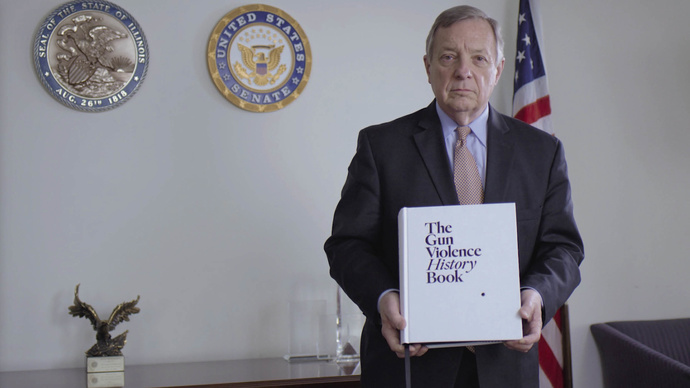 Commercial promoting the Gun Violence History Book, made by the Illinois Council Against Handgun Violence. The book was sent to US lawmakers and showcased in various locations around the US. Each book was shot once by a gun to illustrate how the book can stop bullets – and gun violence. 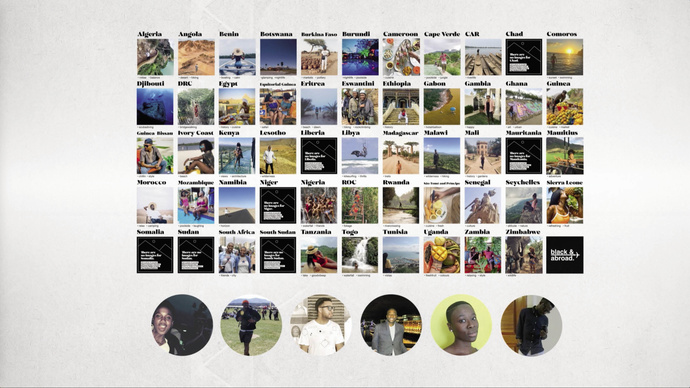 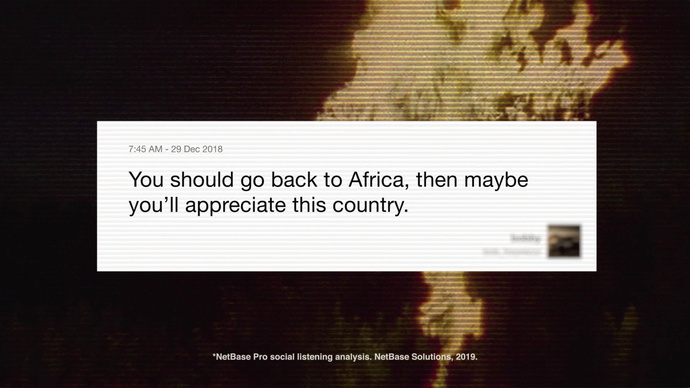 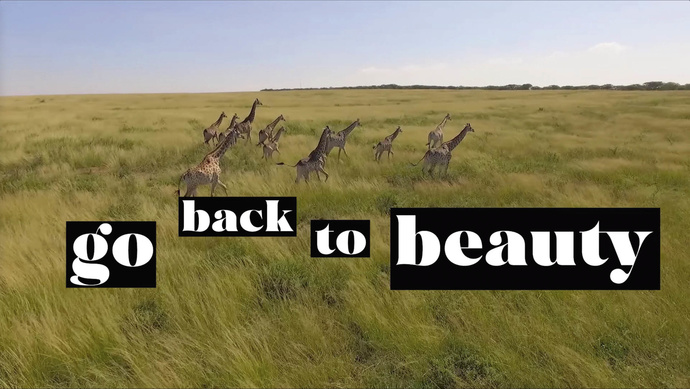 Stills from a video for a Pan African tourism campaign for Black and Abroad, a cultural collective dedicated to Black travellers. The campaign takes racist tweets containing the phrase “go back to Africa”, erases the hateful content, and replaces it with a positive vision of Africa through hyper targeted ads.