Building a playground for creative minds in Korea.

He graduated from the Ontario College of Art and Design in Toronto, Canada and has held leading creative roles in major global advertising agencies including Cossette, Young & Rubicam, Dentsu, Ogilvy and Cheil Worldwide. His career has taken him across the globe including North America, Europe and Asia. Wain has extensive experience in leading global brands such as Nike, Coca-Cola, GM, Ford, Toyota F1 and Samsung.

Wain’s work has been recognized and awarded at Cannes Lions, D&AD, The One Show, Clio Awards, London International Festival, New York Festival, Spikes, Adfest and others. In addition, his extensive jury duties include Cannes Lions, D&AD jury president, The One Show, Spikes jury president, Adfest jury president, Cristal jury president, AdStars jury president, Clio, Dubai Lynx, Red Apple, New York Festivals, Kam Fan Award, etc. Wain also happens to have the distinction of being named one of Business Insider’s “50 Sexiest Advertising Executives Alive”. He isn’t sure why he got on the list but he suspects it has to do with his daily routine that starts at 5am and his signature one-of-a-kind windswept hair.Michael Weinzettl quizzed our first interviewee from Korea about his international career.

Hello Wain, you’re the first Korean creative that we’ve ever interviewed in this magazine. You live and work in Seoul now but I understand that you spent most of your formative years in Canada.
Yes, my family moved to Canada from Korea when I was nine years old. My parents wanted to give their children an opportunity to go beyond academics. Like most immigrant parents, they sacrificed their careers and what was familiar for the next generation.

When did you first get interested in visual communication?
I was always drawn to art, even at an early age. I could not remember words or numbers but I was able to recall visual elements with ease. For example, after watching a film I could – and still can – recall all the scenes as if they are etched in my brain.

And how did you get into advertising?
After graduating from OCAD in Toronto, I started an internship at Ogilvy for next to no pay. For me, it was the best job that I ever had even though I was married and expecting our first child. I did everything from drawing storyboards, cutting foam core boards and I worked on all briefs, even if they were not assigned to me. From the beginning, I knew the importance of ideas rather than execution especially with the limited budgets we had in Canada; finding ideas that could be easily executed and media that didn’t cost an arm and leg. This taught me well that being simple was the best.
My second stint city was in Brussels with Dentsu. I handled Pan-European advertising for Toyota Formula One reaching out to the French, Dutch, Germans, Italians, Spanish and Northern Europeans from 2003 to 2007. One of the ways to reach everyone with such diverse backgrounds and languages was to communicate visually rather than with words. Visuals can be easily understood in any culture. Therefore execution had to be precise, without losing details that could easily alter the message.

When did you decide to move back to your native Korea?
Four years into my time at Dentsu Brussels I received a call about an opportunity to return to the country where I was born. Full of enthusiasm, I uprooted my family for the second time and headed to Ogilvy Korea. I wanted to change advertising in Korea. At that time it was more about using celebrities in all media regardless of having an idea or not. I wanted to be a trigger and instill that advertising is about an idea first and foremost.

What struck you about the ad scene in Korea when you first arrived?
To my surprise, there were so many talented creatives who were capable of doing world class work. They just needed an outside push to break the conformity of advertising culture in Korea. This meant going outside the given perameter.

And then?
I started to apply what I learned from Toronto and Brussels; making simple print ads with detailed execution that generated fast turnaround. Also, getting the team to believe they could do it. Our print campaigns for Nike and Oral B were awarded in Cannes, as well as other shows. That year Ogilvy Korea had more awards from Cannes than the powerhouse Cheil, who had spent 10 times more on entries. This started to get people in the agency to believe it was about the work and not size of the agency that mattered. Ogilvy went up against Cheil in a pitch for Nike Vancouver Winter Olympics 2010 and we won purely on our insight in sports. We ended up creating our first ever “Just Do It” campaign for Yuna Kim, the Korean queen of figure skating.

How long did you stay with Ogilvy?
After three plus years, I was asked to join Cheil Worldwide HQ in Korea. At first I was reluctant because of their size and reputation of Cheil. Ogilvy was like the underdog Toronto Blue Jays and Cheil was the big bad New York Yankees.

What’s the work you were involved in during your time at Cheil that you’re proudest of?
One of the most meaningful pitches I was involved with during my time at Cheil was for the Samsung Global Brand Idea and Platform. Our concept was a simple approach. Samsung is a catalyst for discovering amazing things. You + Samsung = Amazing Starts.
We positioned Samsung as not just about launching technology but launching people through the latest technology. Prior to that, they had been launching products every year according to features: a more colorful phone; a thinner product; a larger screen; and many, many other great features. For the first time, we launched a platform. Samsung doesn’t launch products; they are about launching people. Creating meaningful technology, adding value to each individual, regardless of where you are from.

What have you been doing since leaving Cheil?

Now at CJ Live City, I am leading the teams in building a playground for creative minds in Korea and the world, where everyone young or old can unlock their potential. 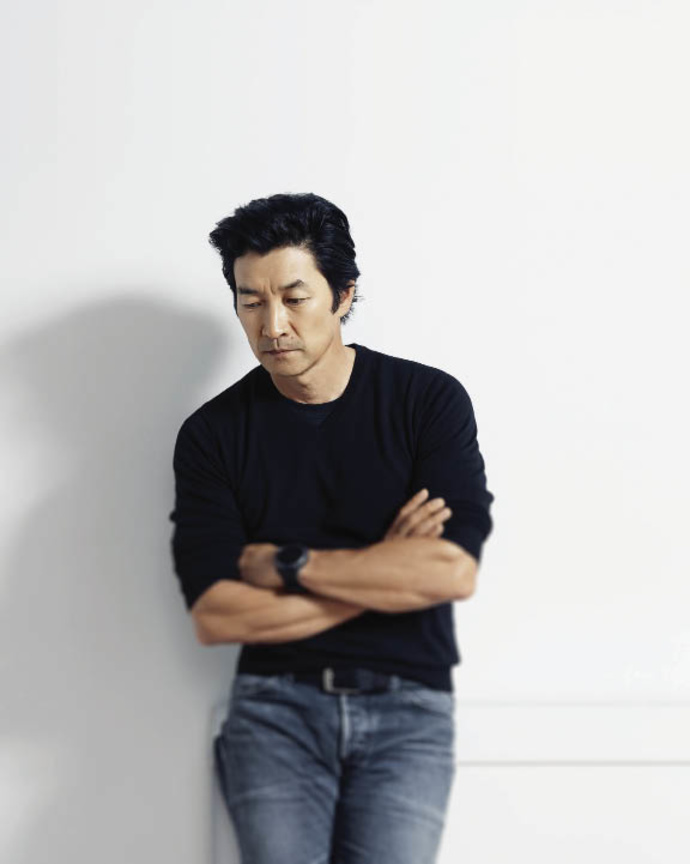 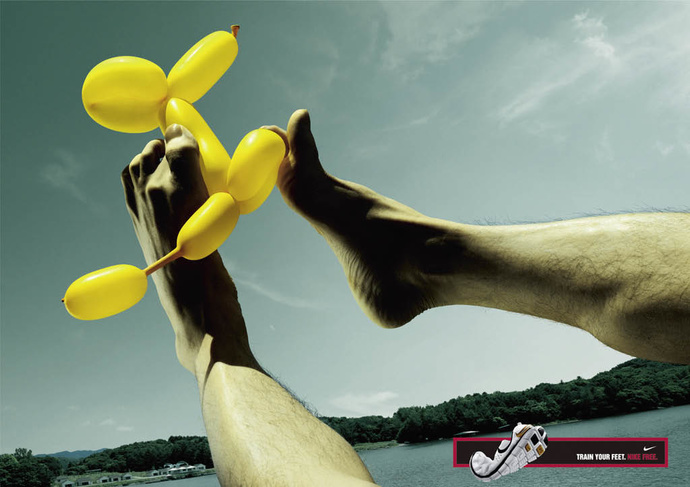 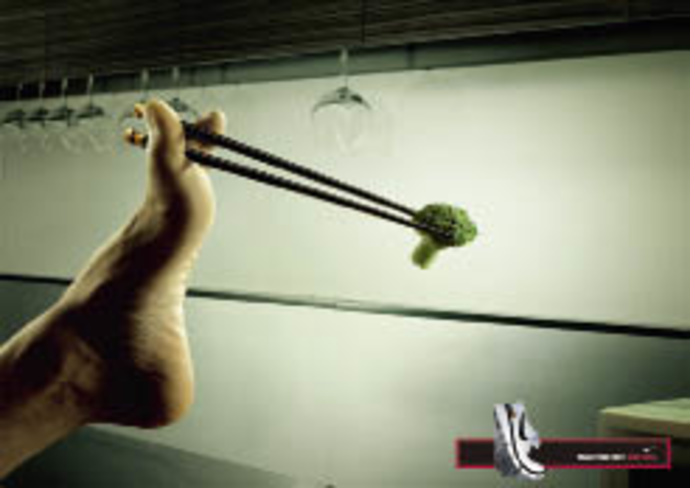 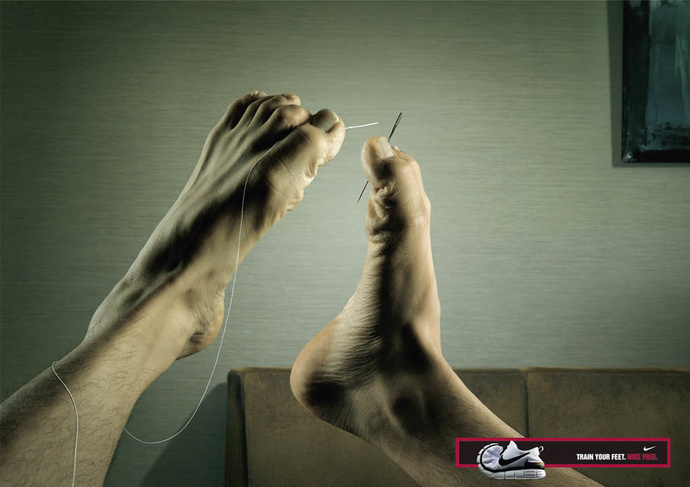 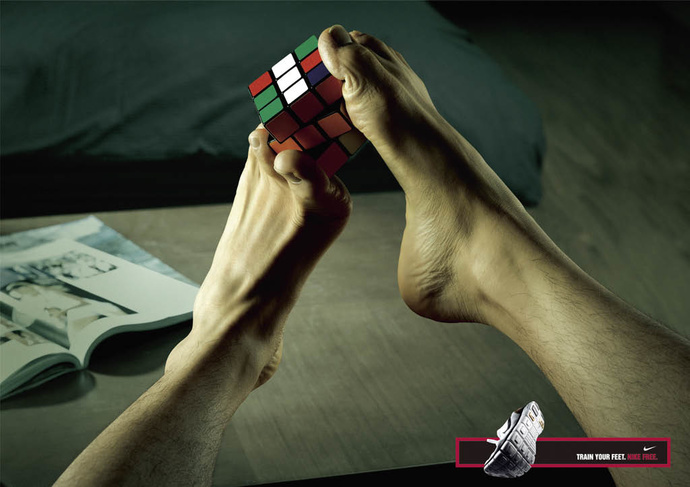 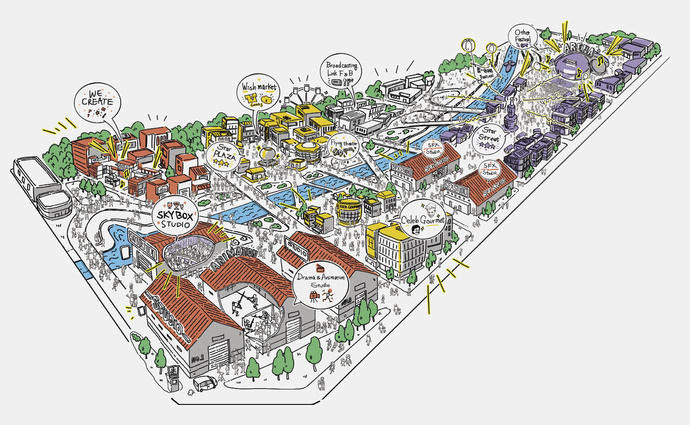 “CJ Live City 2019.” CJ Live City is a complex being built in Seoul, which will include the Seoul Metropolitan Arena, a studio space, a K-pop-themed entertainment district, and waterfront park. 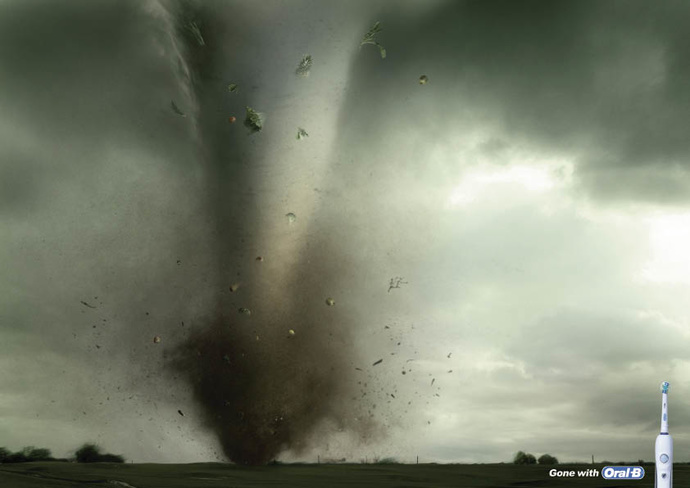 “Vegetables.” Client: Oral B. Ad agency: Ogilvy, Seoul. 2007 “CJ Live City 2019.” CJ Live City is a complex being built in Seoul, which will include the Seoul Metropolitan Arena, a studio space, a K-pop-themed entertainment district, and waterfront park. 9 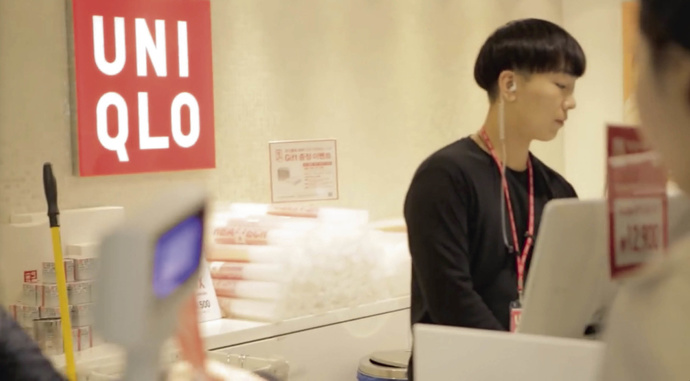 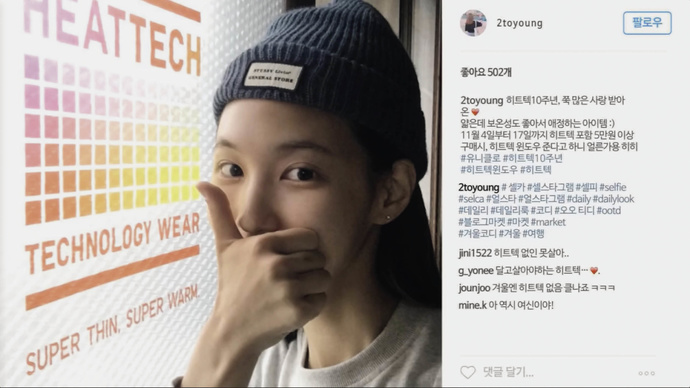 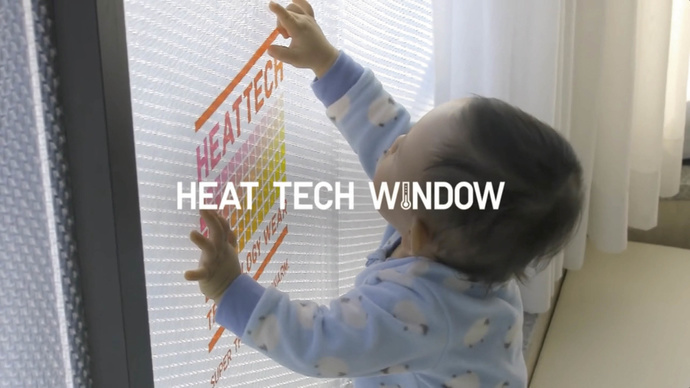 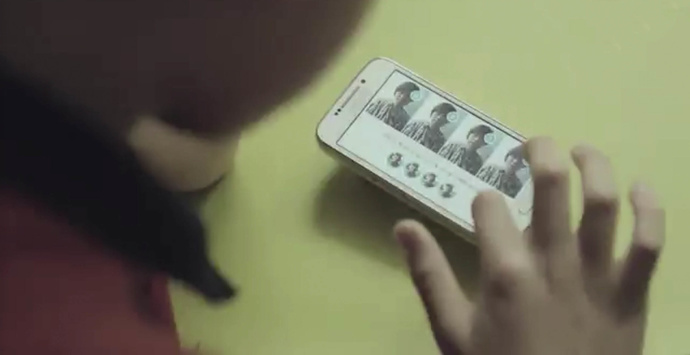 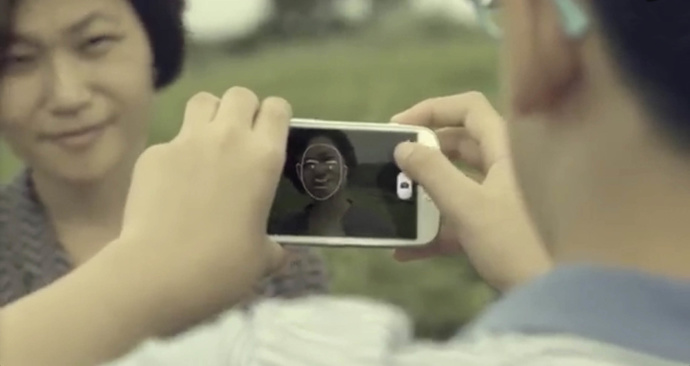 Stills from an ad for “Look at me,” a program made to help children on the autism spectrum build relationships and make eye contact with their family and friends.“Look at me.” Client: Samsung GMO. Ad agency: Cheil Worldwide, Seoul. 2016 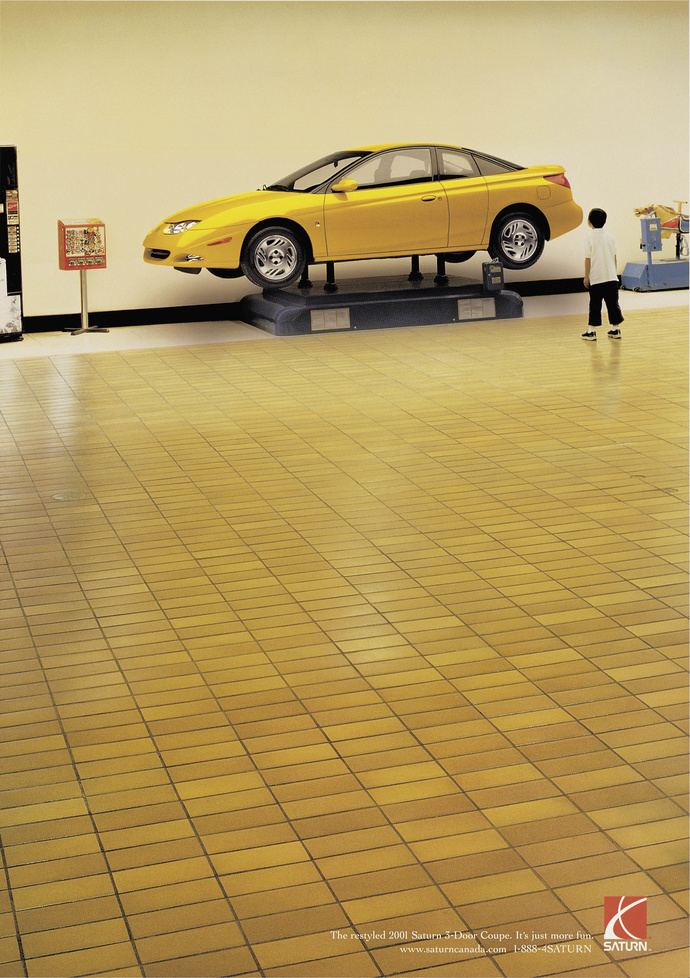 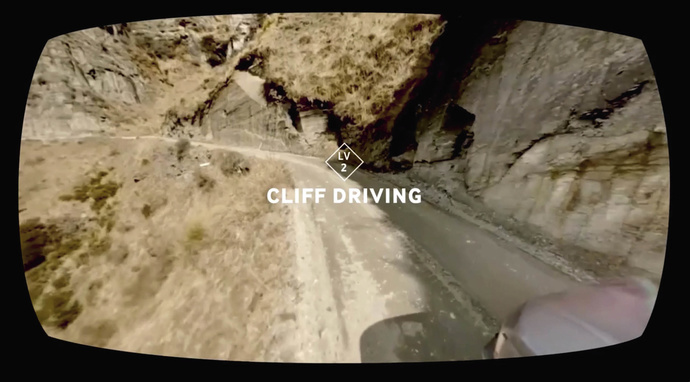 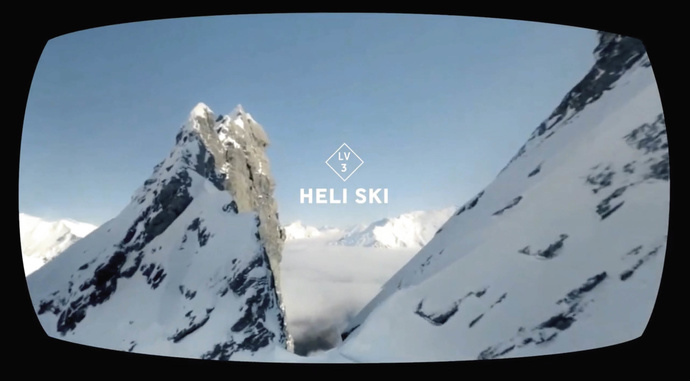 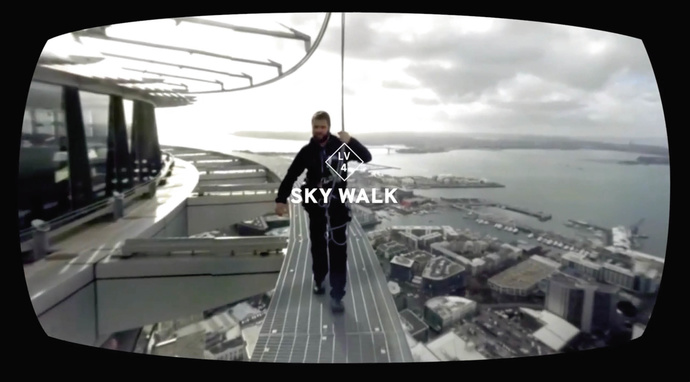 Stills from an ad for “Be fearless,” a virtual reality app developed by Samsung to help people combat their fear of heights. “Be fearless.” Client: Samsung GMO. Ad agency: Cheil Worldwide, Seoul. 2017 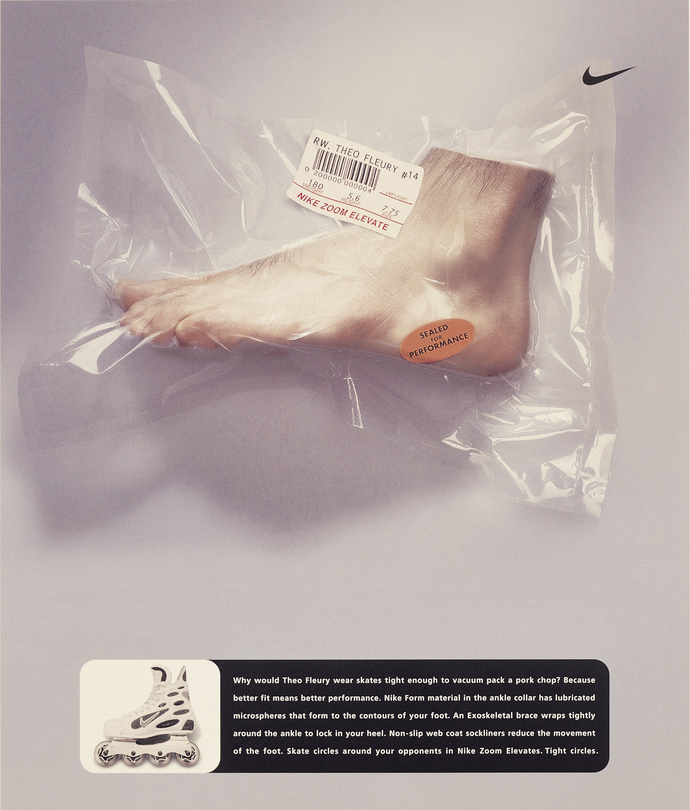